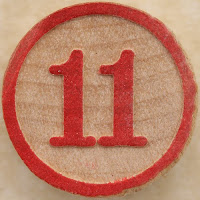 It could have been over before it even started.

The streak and the game, that is. The Caps made things hard on themselves early, taking four minor penalties in the first 12 minutes of the game, but found their brains, reattached them, and then made quick work of the Boston Bruins in the third period to win their franchise-record setting 11th straight game last night, 4-1, in Boston.

Hidden among the boneheaded plays for the Caps was a sublime effort by one of Massachusetts’ own – Tom Poti, who recorded a couple of superb primary assists and finished a plus-4 for the night. But even Poti’s effort paled against the play of goalie Jose Theodore, who might have played his best game in this recent run of fun by the Caps. Theodore saved ten of 11 shots on six Bruin power plays (allowing only a 5-on-3 power play goal), turned away four shorthanded shots from the B’s (as many shots as the Caps had on their own power play), stood tall against David Krejci on a penalty shot that the Bruin fired wide, and kept the net empty of pucks on 27 even strength shots to get the win. He single-handedly kept the Caps in the game in the first 14 minutes as the Caps were keeping the seat warm in the penalty box.

Once more it was the explosiveness of the Caps’ offense that turned the tide after Theodore's heroics. This time, it was in the third period when the Caps lit the fireworks. After tying the game in the second when Mike Knuble took a nice feed from the left wing wall by Tom Poti, banging the pass behind goalie Tim Thomas from about two feet out, the Caps would get what would be the game-winner and some insurance less than three minutes apart early in the third. First, Matt Hunwick committed a ghastly giveaway in his own end, putting the puck right on the stick of Alexander Semin, who found Brooks Laich for a point blank chance at Thomas. Laich converted to give the Caps their first lead. 2:47 later, it was Tom Poti, looking for all the world like Mike Green lugging the puck out of his own end and around a pair of Bruins on his way into the offensive zone. He peeled off to the right wing wall, but found Boyd Gordon inside the edge of the right-wing circle for a redirect with Bruin Steve Begin about to drape himself all over Gordon.

After that it was a case of Boston’s offense-challenged history in recent games coming back to bite them, and Alex Ovechkin sealing the deal with an empty-netter in the last minute for the final tally.

-- Kanoobie was yapping at the screen when Mike Knuble was deemed having hooked David Krejci enough to award the Bruin a penalty shot. One of the criteria for awarding a penalty shot is “to restore a scoring opportunity which was lost as a result of a foul being committed by the offending team.” You could argue for a hooking call there, but it didn’t appear as though Knuble was able to deny Krejci a scoring opportunity. Theodore had to make a fine save on a shot by Krejci to get to the penalty shot.

-- Think it’s a good idea to cheese off the captain? Look at this sequence…

…The Caps got the game-winning goal less than 90 seconds later.

-- Discounting Ovechkin’s unassisted empty netter, seven players shared points in three goals (Poti the only multi-point player). The Caps continue to spread things around. The flip side of that is 14 Bruins on the minus-side of the ledger. That’s making a whole team play defense. No one for the opponents is getting a line or a shift off.

-- Another indicator of how the Caps are spreading things around… Ovechkin finished the game with two shots on goal, one of them the empty-net goal. And still they had four goals.

-- Three minors for Alexander Semin – high-sticking and a pair of hooking calls. We’re hoping this is merely a hiccup in his recent attention to detail.

-- The Caps lost the overall faceoff wars, 34-38, but they did win 17 of 30 in the defensive end. Still, that is a high number of defensive zone draws, which speaks to the sluggishness with which the Caps played, especially early.

-- The nine-game streak with at least one power play goal ended in this one. The power play is still at 32.1 percent since the beginning of the year (18-for-56).

-- Michael Ryder is going to be seeing Jose Theodore in his sleep for the next month. Ryder had five shots on goal, and you could argue that all five of them were excellent scoring opportunities. Theodore was absolutely acrobatic in turning away some of them. And that doesn’t even include the “Varlamov-esque” paddle save at the goal line with the game tied at a goal apiece and the clock under five minutes in the second period, when the puck hit a skate and was sliding toward the open net.

This game was a classic case of the goalie keeping the team in the game until they could find their stride at the other end of the ice. Jose Theodore has done that a couple of times in this streak, but not better than he was last night. In terms of sheer compete level, it might have been his best game of the year.