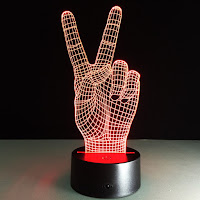 The Washington Capitals came from behind twice, and then they pulled away from the Florida Panthers on Thursday night, taking a 4-2 decision in their last game before the All-Star Game break in what was a milestone night for their captain.

Denis Malgin opened the scoring for the Panthers mid-way through the first period. The teams battled for the puck along the left wing wall in the Capitals’ end before it squirted out into the faceoff circle. Malgin corralled it, and then he stepped around defenseman Christian Djoos to get room to rip a wrist shot that beat goalie Braden Holtby at the 11:02 mark.

The Caps tied it late in the first period on a power play. From the left point, Alex Ovechkin sent the puck deep to Evgeny Kuznetsov in the opposite faceoff circle. Kuznetsov sent a pass to the top of the crease where Nicklas Backstrom was filling in, and Backstrom redirected the feed past Harri Sateri at the 17:25 mark to make it a 1-1- game heading into the first intermission.

The Panthers regained the lead early in the second period, Malgin recording his second goal of the game, one-timing a redirected pass from Jonathan Huberdeau off Holtby, the near pipe, and into the net 6:40 into the period to make it 2-1.

Ovechkin tied the game just over a minute later when he redirected a Brooks Orpik drive from the left point out of the air and past Sateri’s right arm 7:51 into the period.

Washington took the lead for good late in the second on a goal by John Carlson. Kuznetsov worked the puck up the right wing wall and backhanded a pass to Tom Wilson in the right wing circle. Wilson relayed the puck through the slot to Carlson at the left wing circle hash marks where he one-timed the puck past Sateri at the 17:38 mark.

The Caps closed the scoring early in the third period on a power play. Andre Burakovsky grabbed the puck in full flight outside the Florida blue line and carried it into the zone. From the far edge of the right wing circle, he sent the puck across to Brett Connolly in the left wing circle for a one-timer that beat Sateri 1:52 into the period. The Caps clamped down on the Panthers from there to go into the All-Star break on a good note.

-- Alex Ovechkin hit two milestones in this game. His assist on the Caps’ first goal was his 500th of his career. He became the 143rd player in NHL history to hit that mark and is the 14th active player with 500 helpers. He joined Nicklas Backstrom as the only Capitals to reach the 500-assist mark in team history.

-- Ovechkin’s goal was his 30th of the season, making him one of three players in league history to record 30 or more goals in each of his first 13 seasons in the league. Mike Gartner and Wayne Gretzky are the others.

-- Evgeny Kuznetsov also had a multi-point game (two assists), his 11th of the season.  However, it might be his last multi-point – or any – game for a while.  He went out for one shift in the third period before retiring for the night with a suspected groin injury.  If there is a silver lining, the Caps do not play again until next Wednesday, at least giving Kuznetsov five days to improve.

-- John Carlson had ten shots on goal, tying his high for the season (October 20th against Detroit). It was his third career double digit shots game, fifth most in club history since shots became a statistic and third most since the 2004-2005 lockout, trailing only Alexander Semin (four) and Ovechkin (46).

-- In one of the stranger collections of numbers coming out of this game, the Caps had a 46-34 advantage in shots on goal, but only a 65-61 advantage in shot attempts.  That was the result of having had only five shot attempts blocked.  For you Fans of the Fenwick (unblocked shot attempts), 92.3 percent of the Caps’ shot attempts were unblocked (60 of 65).  But even there, things were odd, as the Caps’ Fenwick-for percentage at 5-on-5 was only 51.43 percent (numbers from Corsica.hockey).

-- The third period was like a Rocky movie with head shots galore.  The teams combined for 33 shots on goal, the Panthers with 14 of them and the Caps with 19.  Yet, only one goal was scored (Brett Connolly, on a power play).

-- Speaking of power play, this was the first time the Caps scored more than one power play goal on the road (two) since they had a pair in 4-3 win in Detroit over the Red Wings on October 20th.  It broke a 17-game road streak without scoring a pair of power play goals (5-for-47 over that streak – 10.6 percent), itself an odd fact since they had two or more in three of their first five road games this season.

-- The Tom Wilson Trinity… three penalties (including a fight), three shots on goal, three hits.  He also had an assist and was plus-2.  Four of his last five shifts ended in penalties, three of his last four (the four shifts he skated in the third period) ending with a penalty on him.  A jam-packed 13 minutes of ice time, wouldn’t you say?

The numbers on the scoreboard were nice (and let’s not leave out Braden Holtby’s 32 saves on 34 shots faced), but they are tempered with the injury to Kuznetsov.  Even with his struggles of late, he is a critical cog in the Caps’ machine.  Having a player of his skill occupying the second line center position gives the coaching staff that much more flexibility to experiment with line changes than they might have with a player of more limited talents.  And that doesn’t even count Kuznetsov’s own contributions when he is on his game.  The Caps are not a deep enough team to expect sustained success if he is out of the lineup for any significant length of time.  It would require a much more disciplined defensive approach than they have been able to muster consistently this season.  Consider it a challenge.