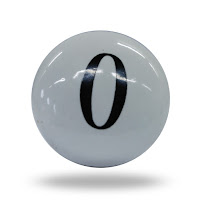 The Washington Capitals wrapped up their season opening six-game home stand on Monday night when they hosted the Boston Bruins.  For the second straight game, the Caps sped out to a 3-0 lead, and just like the first game against Boston, they gave it all back.  This time, it cost them as Boston scored the game-winner and an empty net goal late for a 5-3 win.

Game 2 of the two game set started much as Game 1 did, with the Bruins dominating possession early.  Theyhels a 6-2 edge in shots and a 14-4 advantage in shot attempts when the Caps went on the game’s first power play 8:18 into the period, Kevan Miller going off for interference.

The Caps did not convert on the power play, but they did score when Carl Hagelin redirected a John Carlson drive past goalie Jaroslav Halak.  But like they say on the late-night commercials, “BUT WAIT!”  Boston challenged the goal for the puck being offside, and video review deemed Garnet Hathaway entered the offensive zone before the puck, overturning the original call of a goal.

The Caps still broke out on top when Nic Dowd won an offensive zone draw to Hathaway, who fed the puck back to Zdeno Chara at the left point.  Chara walked the puck to the middle and unloaded a drive that beat Halak cleanly past his blocker to make it 1-0, 13:26 into the period.

The Caps doubled their lead 11 seconds later when Daniel Sprong weaved his way through a pair of Bruin defenders and snapped a shot through Halak to make it 2-0 at the 13:37 mark.

Washington was awarded its second power play of the game when Jakub Zboril was whistled for cross-checking at 18:23 of the period.  The Caps were unable to convert the first 1:37 of the man advantage before the end of the period, the remainder carrying over to the second period.

-- John Carlson, Zdeno Chara, and Alex Ovechkin each had three shots to lead the team.  Carlson led in shot attempts with five.

-- Washington had a 12-6 edge in faceoff wins against the best team in the league in that area.  T.J. Oshie won five of seven draws.

Washington went shorthanded for the first time in the contest when T.J. Oshie was sent to the box for holding at 3:07.  The Caps went two men down when Garnet Hathaway was called for delay of game, shooting the puck over the glass, giving Boston a 58 second 5-on-3 advantage.  Washington killed the two-man disadvantage without incident, and then they skated off the 4-on-5 to preserve the two-goal lead.

Washington then went on its third power play of the game 7:19 into the period when Jeremy Lauzon was sent off for hooking Tom Wilson.  John Carlson made the chance count.  He and Jakub Vrana played catch with the puck, Vrana eventually threading a pass through the legs of Chris Wagner to Carlson for a one-timer that beat Halak over his blocker to make it 3-0, 8:35 into the period.

Power play number four for the Caps came less than a minute later when David Krejci was sent to the box for interference.  Washington did not convert that chance, and they paid a price when David Pastrnak got the Bruins on the board 12:37 into the period when his second chance at a one-timer from the high slot beat goalie Vitek Vanecek on the stick side.

The Bruins got another chance with the man advantage when Nic Dowd skated off at 13:51 on a tripping call.  Washington avoided damage on the penalty kill, holding on to their two-goal lead. That was how the teams went to the locker room after 40 minutes.

As they did when the Caps took a 3-1 lead into the third period of the first game of this two-game set, the B’s got within a goal to open the third period scoring, Pastrnak lighting the lamp a second time at the 6:08 mark.

After Tom Wilson and Trent Frederic went off on coincidental fighting majors, Alex Ovechkin skated to the box on a slashing call at 10:02, giving Boston their fourth power play of the evening.  Washington escaped the situation without a game-tying goal.  The Bruins did get the equalizer when Jeremy Lauzon circled around the right wing circle and backhanded a pass to Craig Smith for a one-timer that beat Vanecek at the 13:07 mark.

Boston came all the way back to take its first lead of the game 17:23 into the period on a Brandon Carlo goal.  Brad Marchand clinched the win for the visitors with 1:26 left, Boston ending the Caps points streak at nine games, 5-3.

-- The Caps broke even in faceoffs with the Bruins, the teams splitting 54 draws at 27 apiece.  Nicklas Backstrom was the only Capital under 50 percent (4-for-13/30.8 percent).

-- Tom Wilson’s fighting major was his first of the season and only his third penalty in eight games.

-- The four goals allowed by Vitek Vanecek are the most he has allowed in six home games so far.

-- Boston had 7:03 in power play ice time but only three shots on goal.

Even over a short season, a bad game is going to work its way in, and this qualified.  The Caps seemed to learn nothing from their adventure on Saturday when they coughed up a 3-0 lead and a 3-1 lead after 40 minutes.  Figuring out how to hold a lead and shut down an opponent is now Job 1 moving forward.

Posted by The Peerless at 9:55 PM No comments: