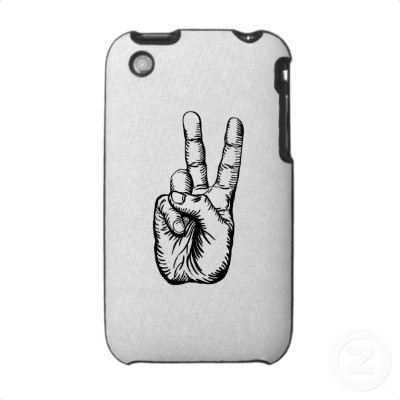 The beer is colder, and the night air crisper after a win, isn’t it?

And so they were for the Washington Capitals and their fans last night as the home team broke a two-game losing streak and posted their second straight home win with a 3-2 win over the Philadelphia Flyers.

The game started like a Caps-Flyers game, the teams trading territory, attitude, and penalties (if not goals) in the first 20 minutes.  The key moment came late in the period.  Nicklas Backstrom sent a pass from the right point to John Erskine manning the left side.  The puck eluded Erskine, which gave Flyer Wayne Simmonds an opportunity to pounce on a loose puck.  Erskine stepped up to try and poke the puck in deep, but as he was about to do so Simmonds arrived.

Here was one of those moments that one can dissect frame-by-frame for hours afterward, but in the moment you have two players – one instinctively knows that the play can go the other way and present a scoring opportunity for the other team, the other player sees that opportunity and focuses only on the puck.  Erskine was poking at the puck with his left arm, but while doing so he brought his right elbow up.  Simmonds was trying to poke the puck past Erskine to effect what could be a breakaway in the other direction, but while doing so could not see the elbow now aimed at his face.

Erskine elbowed Simmonds in the head.  The video is clear on this.  Simmonds went to the ice bleeding, but no penalty was called.  It matters not.  One would think it a betting certainty that Erskine is going to be getting a call from the league and that Brendan Shanahan is going to be making a video to announce a suspension.  It is merited.  We do not necessarily agree with the Philadelphia game announcers, who seemed to think the elbow was intentional.  We think Erskine had the intention of impeding Simmonds attempt to get to the puck, and his elbow became the instrument of that action; that is different from saying he intentionally elbowed Simmonds, but that will not matter in the case of how to deal with this incident.  If we had to wager, we would guess Erskine will get three games, courtesy of the Department of Player Safety.

After all that (including the ensuing fight between Matt Hendricks and Zac Rinaldo) the clubs went to the locker room scoreless after 20 minutes.  The second period, while less eventful from a physical point of view, was just as silent on the matter of scoring until eight minutes had passed.  The Caps got caught in two ways on the play.  First, Karl Alzner got tangled up with Tye McGinn behind the Caps’ net.  When Danny Briere joined in, the Flyers had advantages of numbers on the puck.

Meanwhile, Mike Green and goalie Braden Holtby both were peeking at what was going on behind the net.  This gave Bruno Gervais an opportunity to find a soft spot behind Green, and when Briere slid the puck out from behind the net, Gervais had a tap in to open the scoring.  But rewind a moment and look at the play just before the puck came out to Gervais…

Gervais, the goal scorer, is circled.  He jumped in all the way from the right point, tapping his stick frantically in a call for the puck.  Where is the back-side support coming from on defense?  That’s the Ribeiro-Ovechkin-Wolski line getting a good view of the play.

The Flyers returned the favor six minutes later.  And this is the kind of thing that happens in the blink of an eye that is one of the priceless ironies in sports.  Sean Couturier was carrying the puck through the neutral zone and was approaching the Capitals’ blue line with the Caps’ John Carlson in his path. Here they were, the two players in the league who led all in goals scored against while on ice.  Something was bound to happen.  It did.  Couturier lost control of the puck ahead of him, and his timing could not have been worse.  Carlson was there to take advantage of the play just as the Flyers were changing out players and as Jay Beagle was coming off the ice in favor of Nicklas Backstrom for the Caps.  Carlson saw the change and flipped the puck into open space where Backstrom was the only one back to get it.  Backstrom had nothing but clear ice in front of him, and he finished the play by roofing a backhand over goalie Ilya Bryzgalov to tie the game.

The Caps jumped on the Flyers in the third period with a pair of goals, the first of which came on a play one would normally have associated with an Alex Ovechkin finish.  The play, though, was the product as much of Mike Green as of the goal scorer -- Troy Brouwer.  Green received the puck from Backstrom at the right point, where he spied Brouwer lurking in the left wing circle (after being plastered into the glass only moments before).  Green sent a long pass through the middle and all the way to Brouwer, who was wide open at the bottom of the left wing circle.  Brouwer had time to pick a hole, and he did, wristing the puck over Bryzgalov’s right shoulder on the short side to give the Caps the lead.

Wojtek Wolski scored what would be the game winner almost three minutes later.  It was a simple enough and, for the Flyers, a boneheaded enough play.  The faceoff was outside the Caps’ zone, Mike Ribeiro and Claude Giroux facing one another.  Giroux won the draw back to defenseman Luke Schenn, who promptly lost the puck in his skates.  Wolski, who by this time skated around Danny Briere, poked the puck out from under Schenn’s skates and jumped past the flat-footed Flyer.  It was his turn to have nothing but clear ice in front of him, and he made good use of the opportunity, backhanding the puck through Bryzgalov to give the Caps some insurance.

The insurance came in handy when Brayden Schenn (“relation,” says Joe Beninati) scored just past the halfway point of the period, but that was as close as the Flyers would get as the Caps broke the third period spell and skated off a 3-2 winner.

-- The Caps slammed the door after the Schenn goal that brought it to 3-2.  The Flyers had only one more shot on goal in the last 9:30.

--  Alex Ovechkin has been in a slump.  This is not news to anyone.  Against the Flyers, though, he had far more jump in his game.  He finished without a point, but he had seven shots (12 attempts), a hit, and a blocked shot in 22 minutes.  If he has five games like this, he probably has points in four of them.

-- Chemistry is funny.  Mike Ribeiro and Alex Ovechkin did not appear to have it, at least early last night.  But sometimes a chemical reaction needs a catalyst.  Wojtek Wolski was that, at least last night.  This line should stay intact for a few games to see what unfolds.

--  Claude Giroux took 31 of the game’s 69 faceoffs (winning 20).  He was scraping his stick back on draws so often it almost looked like he was raking leaves out there.

-- Nicklas Backstrom looked like “Nicklas Backstrom,” at last. In 22 minutes and change he was 1-1-2, plus-2, had five shots on goal (as many as he recorded in the previous five games combined and the most he had in a regular season game since recording seven in a 2-0 win over Montreal on March 26, 2011), two takeaways, two blocked shots, and 10 wins in 19 faceoffs.

-- A bit lost in this effort was the solid effort by Braden Holtby.  He could not be faulted on either goal.  He might have benefitted from a bit better defense on the first one, and on the second Flyer goal, Matt Read’s initial shot hit both the crossbar and the far post before it dropped right at Brayden Schenn’s feet for the tap-in.

-- Boy I wish the Caps would be better at offensive zone draws.  They were 8-for-24 in this one.

-- John Carlson almost escaped without being on ice for a goal against (he and Couturier are still tied for the league lead, with Tobias Enstrom of Winnipeg), but he was on for the Schenn goal.  He did have five blocked shots, though, and looked stronger in his own end than in most games to date.

-- In the revolving door of “prospect center,” it was Marcus Johansson on ice (Mathieu Perreault had a seat).  In almost 18 minutes Johansson had no points, one shot attempt (blocked), a takeaway, a blocked shot, and he won two of three draws.  A bit of a “meh” night.

In the end, you can’t win three before you win two.  That’s a way of saying that the Caps are in a position where they have to take these things game by game.  They played a good game.  However, that needs to be tempered by the realization the uniforms might have been orange and black, but these Flyers aren’t playing like “The Flyers.”  Still, two points is two points, and it is the Caps who earned them, pushing the Flyers to the bottom of the Eastern Conference standings and crawling to within three points of the top-eight.

One of those teams three points ahead of them (pending their game this afternoon against New Jersey) is their next opponent, the Pittsburgh Penguins.  The Caps are halfway to a pleasant winter weekend.  We will see if they can build on this.