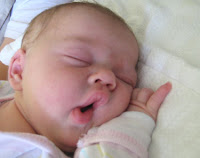 To that short list you may now add Marian Gaborik. For the Washington Capitals every decade seems to have one. Pat LaFontaine scoring in a fourth overtime in the early morning on Easter Sunday in 1987. Petr Nedved scoring at the end of a power play in a fourth overtime in 1996. Martin St. Louis doing the same in a third overtime to clinch a series in 2003.

And last night, or should we say, “earlier this morning,” Marian Gaborik scored 14:41 into the third overtime to give the New York Rangers a 2-1 win over the Washington Capitals to take a 2-1 lead in the Eastern Conference semi-final series.

You know that video the Caps play in-game, the one where Al Pacino says…

“The inches we need are everywhere around us. They are in every break of the game, every minute, every second. On this team, we fight for that inch. On this team, we tear ourselves and everyone else around us to pieces for that inch. We claw with our fingernails for that inch. Because we know when we add up all those inches, that's gonna make the fucking difference between winning and losing! Between living and dying! I'll tell you this - in any fight, its the guy whose willing to die who's gonna win that inch. And I know if I'm going to have any life anymore, it's because I'm still willing to fight and die for that inch.”

Two inches decided this game, both of them inches the Caps could not cover. The final play started with Ranger defenseman Dan Girardi at the right wing wall in the offensive zone sending the puck deep and behind the Caps’ net. It found the stick of Brad Richards, where the first of the “inches” came into play. Richards slid a pass from behind the net to Gaborik that John Carlson was an inch from deflecting away from its intended target…

…and once on his stick, Gaborik redirected the puck between goalie Braden Holtby’s pads. Holtby managed to get the blade of his stick on the puck, but an inch or so short...

an inch that would have left the puck lying in front of him instead of trickling over the stick blade and over the goal line to end this marathon.

-- This was the fourth game in Capitals history that went to a third overtime or longer. The Caps are 0-4 in those games, and in the case of the other three, they did not win another game in the series. Two were series clinchers (1987, 2003), the other (1996) was followed by two losses to close the series.

-- The Caps are now 0-2 in three-or-more-overtime games in which John Tortorella is the opponent’s coach (2003, Tampa Bay).

-- Defenseman Ryan McDonagh played 53:17 (or roughly four “Game 2” Alex Ovechkins). Defenseman Marc Staal played 49:34. All in all, five Rangers played more than 40 minutes of the 114:41 in this game. Question: Will this prove to by a Pyrrhic victory for the Rangers? Look it up, kids.

-- How do you deal with the withering forecheck of the Rangers? Hit ‘em back. The Caps had 59 hits in this game to 46 for the Rangers. Matt Hendricks had 11 by himself.

-- Posts figure prominently in Capitals playoff overtime history. The game-winning, series-clinching goal by Pat LaFontaine that hit a post and deflected in being the obvious example. But Alex Ovechkin’s beating Henrik Lundqvist clean late in the first overtime and hitting the post, the puck deflecting away, will be the one Caps fans see in their nightmares if the Caps do not advance to the third round.

-- That is, if they don’t remember Dennis Wideman pinballing a shot off bodies in front of Lundqvist and off the post behind him – again deflecting away.

-- Mike Green has 23 shot attempts in this series, eight on goal, and nothing to show for it (12 attempts, five on goal last night).

-- Jeff Schultz skated almost 32 minutes without attempting a shot, the only player on either team not to direct a puck toward the opposing net. But he wasn’t on ice for either Ranger goal, and that’s what he is paid to do.

In the end, there was something elemental about this game as it crept past the first overtime. For those Caps fans whose history with the sport parallels the “Rock the Red” era, welcome to hockey. You saw it in its purest form in overtime – less a “game” than a collection of individual shifts, shortened by fatigue, made simpler by trying to keep things as basic as possible.

Then again, you Caps fans of recent vintage, you got your baptism as Caps fans last night. Those of us who sat at Capital Centre in 1987, in the same building in 1996, and at MCI (now Verizon) Center in 2003 know the sting of a goal scored by the other guys deep into the night (or early into the morning), the silence that accompanies it, save for the whooping and hollering by the other guys celebrating their win. We know the feeling of, “it’s not over, right? That didn’t really happen, did it?” We look back clearly at the chances missed, the penalty shot in overtime that would have won the game (yes, the Caps did have one of those once), the shot after shot that the “hot goalie” for the other guys always managed to steer aside.

And now you have your game, too. Caps fans don’t often bounce their grandchildren on their knee retelling the tale of the big game the boys won years ago. They sit deep in their chair and talk softly about the one that got away. The shot off the post, the one that floated through a maze of bodies soft as a feather, the one that came after a too-many-men-on-the-ice penalty.

And now, the one that snuck through by a couple of inches.

What we hope this time around is that the Caps can write their own chapter of history and not merely add to the sad chapter titled, “Capitals Overtime Failures.” You can do this.
Posted by The Peerless at 7:03 AM 1 comment: