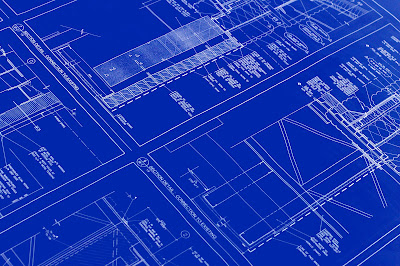 “It does not happen all at once. There is no instant pudding.”
-- W. Edwards Deming
Draft weekend is history, but the work continues. This is “free agent week.” Although the unrestricted free agent signing period will not begin until Sunday at 12:00 (Eastern), the jockeying will begin this week, if it has not already with players to be re-signed, and rumors flying about this player or that being moved or his rights surrendered.

The Washington Capitals made a bit of a splash on Friday with the trade of Cody Eakin and a draft pick to Dallas for center Mike Ribeiro. And that move addresses Job One on the summer things to do list. But that job list is longer than one item. There are players to sign and holes to fill. First, the players to sign – the restricted free agents.

The four roster players with restricted free agent status – Mike Green, John Carlson, Jay Beagle, and Mathieu Perreault – have been extended qualifying offers, but those are just first steps in settling with those players for next season and beyond. Mike Green’ salary cap burden was $5.25 million last season. His qualifying offer is for $5.0 million (his 2011-2012 salary), and he has arbitration rights. From 2007-2008 through 2009-2010 Green recorded 68 goals and 205 points in 225 games and was a plus-69. He established himself as the premier offensive defenseman in the league and was twice a Norris Trophy finalist. The knock on him was that he was too much an offensive defenseman, a player with deficiencies in his own end of the ice (apparently there is a shelf life for such concerns when it comes to Norris Trophy voting). In the last two seasons he has made improvements in that area, but it has come at a price – both physically and production-wise. Green missed 83 games over the past two seasons to concussion, ankle, and groin injuries. In the 81 games in which he appeared, he was 11-20-31, plus-11.

Speculating on Green’s future is hard if for no other reason than there are some strange contracts among defensemen at this level of compensation. Duncan Keith might be worth every bit of his $5.54 million cap hit, but is James Wisniewski worth $5.5 million? In fact, looking at salary comparables, it is hard to fathom that many of these guys – defensemen such as Paul Martin ($5.0 million cap hit), Fedor Tyutin ($4.5 million), or Lubomir Visnovsky ($5.6 million) come to mind – are “worth” those sums. But that is the going price these days for defensemen, a position that commands a compensation premium.

There are left two questions. First, will Green’s rights be moved to free up cap space? The Capitals have almost $21 million in cap space (capgeek.com). Moving Green to free up cap space makes sense only if there is a bigger play in store. We think that unlikely (we will get to that on another day). Second, will he be extended with a term similar to those of Alex Ovechkin or Nicklas Backstrom? We think that unlikely as well, given the coincidence of his health issues and decline in production the last two years. Green is eligible for salary arbitration, but given the premium on defensemen and the known commodity that is Green, we think the probability high that he be re-signed (something in the three-year range).

John Carlson’s path seems a bit clearer, because there is a template (and he is not arbitration-eligible). He is 22 with 186 games of experience under his belt. Last summer Karl Alzner was in a similar situation – 22 years old, 133 games of experience. Both had entry-level deals that paid $875,000 in base salary. Alzner did have performance bonus clauses in his contract amounting to an average of $800,000 over the three years of that entry-level contract. Carlson had no such bonuses. Alzner signed a two-year, $2.57 million deal last summer. This would seem the likely path Carlson will follow.

There are two ways to look at Jay Beagle. First, he did a lot – especially late in the season and in the playoffs – to establish himself as a fixture on an energy line. He does the little things that need to be done – blocking shots, applying a physical edge, winning faceoffs, playing responsibly in his own end. In fact, but not for his missing 31 games with a concussion, his season might have been that much more impressive in a grinder role.

On the other hand, the nature of the position is that it is replaceable. There are many more of this specie of player than there are high-skill players. But his contract history is an odd one. In his first two seasons he played a total of only 10 games with the Caps, but the “NHL” portion of his salary was for $687,500 per season with performance bonus clauses for another $187,500; the AHL portion of his contract paid $65,000 (capgeek.com). In the last two seasons, his cap hit was $512,500 and no performance bonus provisions. Beagle is arbitration-eligible, but it seems more likely he would be re-upped for a modest raise in pay.

None of the restricted free agents have as wide a range of potential outcomes as does Perreault. He had something of a coming out year with 16 goals (tied for fifth on the team) in only 64 games. On the other hand, he sat for the last ten playoff games this spring after going without a point (and only one shot on goal) in the first four games of the opening round series against Boston. The added dimension regarding Perreault is whether he will be moved as part of a package deal to upgrade the top-six forwards or to add depth to the defense. His contract history resembles Beagle’s in that his entry level contract carried a cap hit of $716,667 a season over three years, a contract that included both performance and signing bonuses (he played in a total of only 56 games with the Caps over that period); the AHL portion of his contract paid $62,500 a season. Last season he signed a one-year deal that paid $525,000.

Perreault could sign his qualifying offer ($575,000), could be signed to a longer term deal in acknowledgment of his ability to produce as a scoring forward, could go to arbitration (he is eligible), or could be traded. If anything, the direction the Caps went in the draft and the comments of George McPhee might offer a hint as to which direction the Caps could go with Perreault. The Caps drafted two forwards with size in the first round, and with respect to their drafting Tom Wilson – a player with size and an edge to his play – McPhee said, “When we’re in the middle of playoffs I made a note after the games: ‘Remember these games when you’re at the draft. Remember how intense they are, how physical they are, how demanding they are and make sure you get someone who wants to play in that kind of stuff.’”

It will be a while before Tom Wilson is a Capital, but this does open the window just a bit into the kind of team the Capitals are trying to build. And it does raise questions about whether Perreault will be a good fit for it. And from the other side, Perreault might not be sad about moving on. The lack of communication about his performance and reasons for his benching in the playoff seem to have been a source of aggravation – "Obviously I wasn't happy. But they never really told me anything. That's probably the worst part; like you don't really know how you're playing. But it's really been like that every time I get sent down in the past year or get sent down in another year. I never really knew why. It's not fun. I didn't enjoy that."

Of the four, we think Perreault is the one least likely to be a Capital on opening night next season.

Probability of Return: 50 percent
Posted by The Peerless at 6:24 AM No comments: