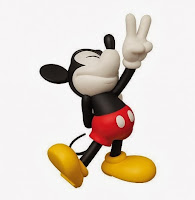 It could have ended a lot worse.  The Washington Capitals fell behind the Columbus Blue Jackets twice, the second time with less than six minutes in regulation.  However, Mikhail Grabovski tied the game late, and Alex Ovechkin won it in overtime to give the Caps a gritty 4-3 win over the Blue Jackets to pull within one point of the idle Pittsburgh Penguins for the top spot in the Metropolitan Division.

Columbus opened the scoring after a scoreless first period.  Brandon Dubinsky scored shorthanded in the eighth minute of the second period when he stripped the puck from Troy Brouwer behind the Capitals' net, circled out, showed the puck to goalie Braden Holtby, then pulled it to his backhand and swept it into the back of the net.

Six minutes later, John Carlson finished a gang-rush to the front of the Blue Jackets’ net, pounding a feed from Martin Erat past goalie Sergei Bobrovsky before the pile could shove the net off its moorings.

Then it was Joel Ward netting a shorthanded goal nine minutes into the third period, taking advantage of a bit of sloppy play behind the Columbus net by Bobrovsky.  With the puck sent in deep, Bobrovsky misjudged its angle and position coming off the end boards, misplaying the puck to the front of his net where Ward jumped on it and rifled it into the netting before Bobrovsky could recover.

Jared Boll tied the game less than three minutes later with some excellent stick work. He didn’t use it.  James Wisniewski wristed a shot from the right point that flew to the far side of the crease in front of Holtby, hit Boll in the rib cage, and bounced behind Holtby for the score.

Not quite three minutes after that, Cam Atkinson took advantage of Mike Green’s inability to control a bouncing puck in the neutral zone.  Atkinson stepped around Green to corral the puck, then sped in alone on Holtby.  Green tried to interrupt Atkinson’s progress with a hook that might have ended up in a penalty shot.  Atkinson rendered that possibility moot when he curled in, held the puck until Holtby started to slide across the crease, they slipped the puck five-hole to give the Blue Jackets the lead with 5:41 to play.

It looked as if the Caps would be disappointed after the late Columbus surge, but with 1:45 to play Mikhail Grabovski converted a rebound of a Jason Chimera shot from the left of Bobrovsky, stepping around James Wisniewski and roofing a wrist shot over the goalie’s glove to tie the game.

That was how regulation ended, and given the Caps’ history this season it suggested we would see a trick shot competition.  That nonsense was avoided when Marcus Johansson did some heavy lifting early in the overtime, carrying the puck down the left wing into the Columbus zone, fighting through a check along the wall by James Wisniewski, circling to the net and getting a shot on goal.  Bobrovsky made the initial save, but Alex Ovechkin was johnny on the spot, lifting a forehand over Bobrovsky’s right pad and in to give the Caps the 4-3 overtime win.

-- How is that top line experiment going?  Ovechkin – six shots (five with his top line mates, one with Johansson for the game-winning goal), Nicklas Backstrom – none, Martin Erat – none.  Erat’s assist on the Carlson goal came skating with Grabovski and Tom Wilson.

-- John Carlson’s goal was his fourth in his last six games (4-1-5).  Pending results of Tuesday’s games, he is now tied for third among defensemen in goals.

-- Ward’s goal was the Caps’ first shorthanded goal of the season. It was Ward’s ninth goal overall, meaning he surpassed his total for all of last season in 39 games (8).  It is his highest total since he had 10 in 80 games with Nashville in the 2010-2011 season.

-- Technically, Ovechkin’s goal was an even-strength goal, although it was scored at 4-on-4.  It broke a streak of 112:48 of even strength ice time without an even strength point.

-- The goal avoided what might have been a mini-disaster for Ovechkin, who was on ice for all three Columbus goals.  Mike Green also was on ice for those three Blue Jacket goals.

-- Michael Latta did not figure in the scoring, and he only played 5:41 in total ice time.  However, he logged a very effective 1:26 in penalty killing time and was three-for-three on faceoffs.

-- It was the rare night when the Caps had more even strength shots than their opponent.  They were 31-25 to the good for the game and 24-13 after the first period.

-- Troy Brouwer was credited with eight hits.  Put another way, he had as many hits as the next three Caps combined – Brooks Laich (3), Jason Chimera (3), and Aaron Volpatti (2).  He also won five of eight draws, joining Latta as the only Caps taking more than one draw to win a majority of their faceoffs.

-- The power play had an off night.  Two shots in 4:56 of power play time (Ovechkin, Green) and a shorthanded goal allowed.  It was the third allowed by the Caps this season, putting them in a tie with four other teams for the most allowed in the league.

In the end… the Caps sleepwalked through the first period, played to their opponent’s level in the second (actually an improvement on the first period), showed signs of life and grit in the third, and were opportunistic in the overtime. If you are going to have a game like that, that is the order of events you want, if you are a Caps fan.

The outcome was important in several respects.  First, it allowed the Caps to avoid their second three-game losing streak of the season.  Second, it gets them back on the right footing as they head off to a difficult stretch of their schedule.  Third, and this might be most important in the long run, they won without having to go to the freestyle competition.

It is only the Caps’ sixth win in regulation or overtime among their ten wins to date, and that will be the first tie-breaker at the end of the season.  As it is they are tied with two other teams for fourth in ROW in the Metropolitan Division and only one win ahead of both the New York Islanders and the Columbus Blue Jackets.

As it is, the win puts some pressure on the Pittsburgh Penguins, who hold a one-point advantage over the Caps (although with two games in hand).  That has some relevance in that the Caps and Penguins will be meeting a week from Wednesday for the first time this season and for the first time as Metropolitan Division rivals.  In the meantime, the Caps have work to do with hard games against Detroit and St. Louis coming up.  Better to head into those games with a win, even if it was not elegant.  Two points are two points.