Theme:  "Give a man health and a course to steer, and he'll never stop to trouble about whether he's happy or not.”
-- George Bernard Shaw

“I think it’s time to become a dangerous player again.” Thus spoke Washington Capitals defenseman Mike Green last week.  The “again” reference reflects the fact that Green was the most dangerous offensive force from the blue line in the NHL until a series of injuries limited him to 116 of 212 regular season games over the past three seasons.  Before that, Green played in 225 of 246 regular season games and composed a 68-137-205 scoring line (a 25-50-75 average per 82 games) from 2007-2008 through 2009-2010.

Last season, Green came back…sort of.  In January 2012 Green underwent sports hernia surgery to “eliminate the unknown” with respect to his recurring groin problems.  Green returned in February of the 2011-2012 season but did not record a goal in his last 22 regular season games (0-1-1).  He had two in 14 playoff games that season (2-2-4), but was clearly not all the way back.

An off season to recuperate in full was supposed to solve the remaining problems, but even with the delayed start to the 2012-2013 season, Green missed 13 of the Caps’ first 29 games with a “lower body injury.”  He dressed for the last 19 games of the season for Washington, going 10-9-19.  He was a terror on the power play, going 4-7-11 on the man advantage over those last 19 games.  The four power play goals (his total for the season) would have put him in the top 50 defensemen in total goals scored, a feat made more impressive by the fact that he did it in only those 19 games to end the season.

Even with all the games Green missed over the past three seasons, no defenseman has more goals scored than Green since the 2007-2008 season, and he is the active leader in points (second to retired Detroit Red Wings defenseman Nicklas Lidstrom).  Zdeno Chara is second among active defensemen in points to Green, but he has played in 104 more regular season games over that span of time than Green.

For what it’s worth, Mike Green was tied for 34th among defensemen in even strength points last season.  He had only four even strength assists.  That was a neighborhood that included T.J. Brennan, Eric Gryba, and Simon Depres.

The Big Question… Is Mike Green healthy, or his he “healthy?”

It is September.  Mike Green has not played a regular season game yet.  He is healthy… fresh as a daisy (figuratively speaking).  So are dozens of other players at this time of year.  But the question is still out on whether he is “healthy,” as in “can he sustain himself to play in 70 or more games?”

This is an important question to settle as the season unfolds for this reason.  When Mike Green plays, the Caps win more often than not.  In the three years covering the 2007-2008 through 2009-2010 season the Caps won 133 of 225 games played by Green (50.2 percent).  These were his most durable years.  In the last three seasons the Caps won 66 of the 116 games he played (56.9 percent).  Even in less frequent appearances, Green’s presence coincided with success.

More to the point, over the last six seasons the Caps have won 73.1 percent of all the regular season games in which Green has registered at least one point.  How many games Green dresses for this season is going to go a long way to answering the question of whether this team can reach the playoffs under their new divisional alignment.  Not that this should be any news to Caps fans.

Last season was Green’s second best of his career on a goals-per-game basis.  He registered his third highest points-per-game.  And even with his injury problems over the past three years, here is something to consider.  Green played 116 games over that span, average 0.20 goals per game and 0.49 points per game.  How other many defensemen played in at least that many games and had those averages or better for goals and points?  Three – Dustin Byfuglien, Erik Karlsson, and Shea Weber.  If not clearly the best offensive defenseman he was over that 2007-2008 through 2009-2010 period, he is part of a short list of such defensemen even now.

This is what makes the upcoming season so tantalizing.  If he has put his injury plague behind him, Green is not so far removed from being one of, if not the most prolific point producers from the blue line in the NHL.  If he was to play in 70 games and produce as he did the last three seasons, he would finish with a scoring line of 14-20-34.  If, however, he was to return to that level of production he enjoyed from 2007-2008 through 2009-2010, a 70-game season would mean a scoring line of 21-43-64.  We suspect his production will fall between those boundaries.  It would still make him plenty dangerous.

Countdown to Opening Night by the Elements: Number 6

Fearless has gone on with this series almost as long as some legislators filibuster.  But now he is down to a six-pack of elements…

The discovery of carbon dates back about six millennia, to the Egyptians and Sumerians in the manufacture of bronze.  On particular form of carbon – diamonds – were known of more than four millennia ago in China.  It might have been known of and used as charcoal in the earliest of human civilizations.

Since those early beginnings carbon has occupied a central place in human social, industrial and biological evolution.  Beginning with the latter, carbon is the basis for all organic life on this planet.  This is a product of its unique ability to form long-chains binding with other carbon atoms, and to its unique chemical bond characteristics.  It employs these characteristics to form simple sugars, complex carbohydrates, alcohols, fats, amino acids (from which proteins assemble), nucleic acids, adenosine triphosphate (the most important chemical you probably have never heard of – it is the basis for energy transfer in all living cells), and a variety of more exotic organic compounds.

It is an element that remains constant in volume on earth, meaning that when carbon is a part of physical processes, it must come from somewhere (or something) and be deposited somewhere else (or in something else).  This “carbon cycle” of inputs and outputs is reflected in such processes as carbon respiration in plants and in consumption and metabolism of nutrients.

Which brings us to its industrial evolution.  Its discovery as an element starts in 1722 with René Antoine Ferchault de Réaumur (“Grande Toni,” for short) transforming iron into steel by introducing an intermediary element.  That element would be carbon.   Fifty years later Antoine Lavoisier (“Petit Toni” for short) demonstrated that diamond is a form of carbon.  Just two years after that, Carl Wilhelm Scheele (who for some reason was nicknamed, “Swedish Toni”) showed that graphite was yet another form of carbon.  It was left to Lavoisier to settle on the name for the element, identifying it as “carbon” in a chemical textbook he published in 1789.

Having been identified as occurring in a number of different forms was not enough.  It was found to be the essential element of crude oil and comprising the structural element of plants (through cellulose, an extremely long chain carbon-based molecule).  Given these forms and sources, it became the basis for a huge variety of applications, including: steel manufacture, “lead” pencils (in which the “lead” is primarily graphite), dry batteries, paint and ink, food preparation (charcoal grilling), structural carbon fiber, electroplating, nuclear power generation (as a neutron moderator in reactors), and plastics.

It is one of the rare elements that has incorporated itself in the social evolution of man, primarily in its diamond form.  They are a girl’s best friend, they serve as the basis for commitment for couples, they serve to signal significant anniversaries.

We have an element that is the centerpiece of living processes, an element that is central to the inputs and outputs of biology.  It is an element that takes many forms and has many applications, limited only it seems by the imagination of those searching for applications.  It has an important place in the social fabric of human history.  It is not unlike a figure who occupies a central role in the life of a hockey team, one concerned with the inputs and outputs of the on-ice product, one whose imagination can mold its many forms into a variety of strategies and approaches for winning hockey.

Carbon…the “Adam Oates” of the elements of the periodic table.

Posted by The Peerless at 7:56 PM No comments: 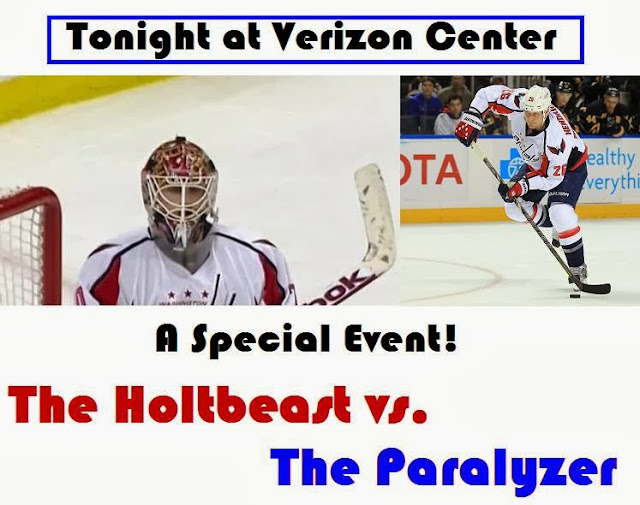 Posted by The Peerless at 1:02 PM No comments: