It's a TWO point night -- Caps vs. Thrashers 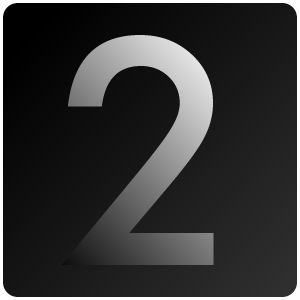 If you’re going to start the year, that’s the way to do it. Come out smartly, get a lead, play intelligently, skate off with a workmanlike win that lacked flash but was very efficient.

The Caps did all of that in their 3-1 opening night win in Atlanta. The Peerless was duly impressed, recognizing that it is but one game of 82. But there were some things to note...

– The puck was not so much on Alexander Ovechkin’s stick as it has been usual. Yet, he was credited with six shots and, when attempts blocked and missed shots are factored in, had a total of 11. If he’s working less to get his shots, he just might find more of them going in, although he did not dent the twine tonight.

– Who led the club in shots?...Well, Viktor Kozlov had seven, but so did Matt Pettinger (see?...we told you he’d make noise).

– Nicklas Backstrom registered his first NHL point, getting the primary assist on Michael Nylander’s goal, the first of the season for the Caps. While he might have admitted to nerves, as was reported on the Comcast broadcast, you wouldn’t have known it from his play tonight.

– Only one Cap lost more draws than he won tonight...Alex Ovechkin, who lost a draw when Kozlov was tossed from the circle.

– No offense to Tobias Enstrom, who played a pretty good game, but the third star? I’ve have given it to Brent Johnson, who stopped 28 of 29 shots.

– Last year, Brian Pothier averaged almost 24 minutes of ice time a night. Tonight...12:18. Part of that was taking two minors, but still, he was last in ice time among the six defensemen.

– David Steckel had a solid game. His 4:34 in penalty killing ice time was more than any other forward, except Boyd Gordon.

– It is said that the most dangerous lead in hockey is a two-goal cushion. Teams often take their foot off the pedal and let teams back into it. The Caps did allow a flukish goal by Bryan Little, who had a nice game for the Thrashers, but the Caps did not panic. Last year, on the road with a loud crowd, that might not have been the case too often. It’s one game, but that was a nice test.

– Four power plays allowed (no goals allowed)...being able to keep the number under five, in this power-play driven league, will be something to watch.

– Think the Caps are playing “puck possession?” If you add up shots, attempts blocked, and missed shots, the Caps “out-attempted” Atlanta in shots, 66-43.

– If you wear a letter, you’d better do the little things well. Tonight, Alex Ovechkin (wearing the “A”) foiled a Thrasher scoring chance that might have put the home team right back in it, with a diving backcheck. It might have escaped notice to most, but it might have been the biggest play of the night.

The Peerless Prognosticator is ON THE AIR!!! -- Opening Night, Caps vs. Thrashers 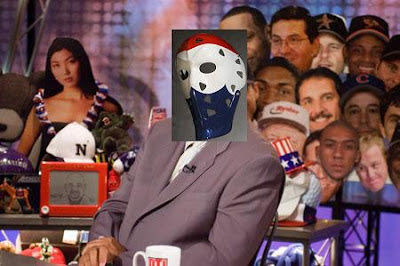 Hello boys and girls and welcome to another year of peerless prognostications from your peerless progonosticator, The Peerless. We’ve been invited to the set of Pardon the Incohererence to screech about tonight’s opening night contest between the Caps and their esteemed and highly-regarded pond scum of an opponent, the Atlanta Thrashers. We’re thrilled to join Tony Wilheisbon on the set…

“Pardon the incoherence…but I’m Tony Wilheisbon. Peerless, welcome to the show. How does it feel to have hockey back on the front page of the sports landscape?”

Well, Tony, I couldn’t be happier than if I’d been pronounced ‘clean as a whistle’ after my colonscopy.

“I know that feeling…Peerless, the Caps are the ‘It Girl’ of the preseason, the team a lot of people think can make a breakthrough this year. You’ve been prognosticating about them for a while, what’s your take?”

Tony, for all the talk that “the rebuild is over,” we see this more as “the parts are now in place.” It’s up to Glen Hanlon to be the foreman on the construction site, so to speak, to make sure that all the pieces get put in the right places, and its up to those pieces – the players – to own up to their responsibilities to give a full effort every night. They do that?...and they’re going to be playing after April 5th.

“Peerless it’s Kovalchook…chook…chook. ‘Kovalchuck’ is a critter that scurries around in the forest.”

Tony, who cares?! He’s been a pain in the backside for the Caps! He’s 17-19-36 in 30 games against ‘em! He’s a plus-13, for heaven’s sake. He minus-74 against the rest of the National Hockey League of Bettman, already. I call him ‘Koval-knock-him-the-hell-on-his-ass-already…chook.”

“Peerless, Ovechkin is going to be the ‘Phil Mikkelson’ to Sidney Crosby’s ‘Tiger Woods’ for the next fifteen years. If he’d come into the league ten years ago, he’d own the award, but your boy is always going to be looking up at the voting results at Super Lips.”

Like I care. How many Hart trophies did Rocket Richard win?....one…ONE! How many of his teams won Stanley Cups? Eight…EIGHT!!! You tell me, which would you rather have?

“Peerless, I read your prognostication for the Eastern Conference, and the only thing I have to say is, ‘are you NUTS?’ The Caps were 14th last year…70 points…their power play couldn’t score on Barry Melrose…they couldn’t kill a penalty with a gun. And you have them winning the division?”

You bet. It’s a clean sheet of ice right now – cleaner than your bald head, and the Caps are not last year’s jalopy. They are a Ferrari just waiting to be broken in. They might get 100 goals out of the Alexes. They’ve got support for Ovechkin that looks a lot like the support that Super Lips got last year when improved 47 points. And it’s not like they’ve got the 1977 Canadiens in their division this year, either. Last year, 27 points separated top and bottom in the division, the narrowest top-to-bottom spread of any of the six divisions. This year, it might be less than 20 points.

“Peerless, it looks like Brent Johnson is getting the nod tonight against the Thrashers. Good idea?”

Why not?...it’s one game out of 82, and Johnson should be getting about 20 games or so of work this year. This is the front end of a back-to-back, and the Caps play on Monday afternoon, too. Kolzig will get those starts, including the home opener tomorrow night. Besides, it’s a good message to send to Johnson – you’re not just “the backup goalie,” we need your help.

“Peerless, the Caps are rolling the dice with putting what amounts to a rookie on the top line. Will he stick?”

Probably. There will be growing pains. Flesichmann has dominated the AHL, but has not yet shown that kind of performance at this level. Playing with Ovechkin can be a blessing and a curse. Ovechkin can finish most anything Fleischmann can set him up with; the curse is that line will get a lot of attention – on the ice, and from fans and the press. The biggest problem here might be defense. He – and the rest of that line – can’t just play in one end. Tonight should be a good gauge of that. The Thrashers can make a team pay for lackadaisical defense.

The Caps – on the road, with Johnson in goal, and with the test drive of all the new parts over – have to resist getting carried away with their new-found skill, and play responsibly.

Teams that play on the road often appear to feel no responsibility to earn style points, and if the Caps can play that kind of game – resist going for the stylish play in favor of the solid one – their chances of getting two points are better.

“Is looking to send a message tonight? That their playoff collapse was a fluke?...that they are the top dog in the Southeast?”

One would expect them to come out firing away, which makes it more important for the Caps to play a solid game in all three zones.

“What do the Caps have to worry about most about the Thrashers tonight?”

Kovalchuk – he seems to use these games as personal battles with Ovechkin, which might explain his being 9-10-19, +10 in 14 games against the Caps the last two seasons.

“Who is going to be the star of the game tonight?”

Brent Johnson has had a good camp and has looked pretty solid in games in the preseason, and if we had to go with a star for tonight, it’s his that will shine.

“OK, it’s time for the big finish…Peerless, what is the prognostication for tonight?”

Tony, the division wars start right from the opening drop of the puck. There are 32 division games at stake, and if the Caps can win the intra-division standings, they’re likely to win the division in April. So…opening night, a division contest, against a team the Caps plainly don’t like...even for a division that lacks deep rivalries, this should be a good one. If Kovalchuk makes these contests battles with Ovechkin, Ovechkin might be looking to make this a statement game to start the year – Sidney Crosby isn’t the only player worth paying attention to in 2007-2008.

But The Peerless thinks another skater to watch will be Matt Pettinger. He’s starting the year healthy, whereas he did not last year – he missed the first seven games of the year with a shoulder injury. He’s shown a knack for scoring goals that one might not have expected, and he could be a key tonight.

We’ve got Ovechkin on the score sheet, and Pettinger making some noise, and Thrasher tears staining those nancy-blue jerseys…