Greatest Performance in NHL History or Suspension of Laws of Nature?

Uh, it's nice that Derek Stepan had a hat trick and that Alex Ovechkin had a three-point night, but if you make 42 saves on 40 shots with a save percentage of 1.050, you deserve something more than a third star...

Posted by The Peerless at 1:20 PM No comments:

Email ThisBlogThis!Share to TwitterShare to FacebookShare to Pinterest
Labels: on this day, the peerless prognosticator 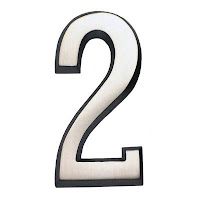