By now hockey fans know that as these collective bargaining talks - few as they are - go on, Commissioner Gary Bettman is the voice of the National Hockey League.  He is the head negotiator for the league, he is the man at the microphone at the après-talk press conferences.

Well, we are not “The Peerless” for nothing.  Using cutting-edge state-of-the-art technology fresh off the drawing boards of the Defense Advanced Research Projects Agency we were able to peer deep into the subconscious of the Commissioner, and we can bring to you what he really thinks when he is dutifully addressing the press… 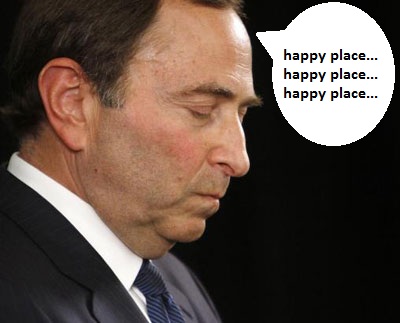 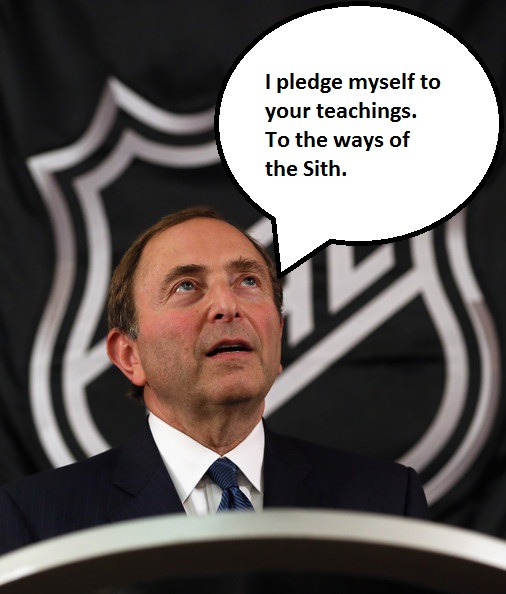 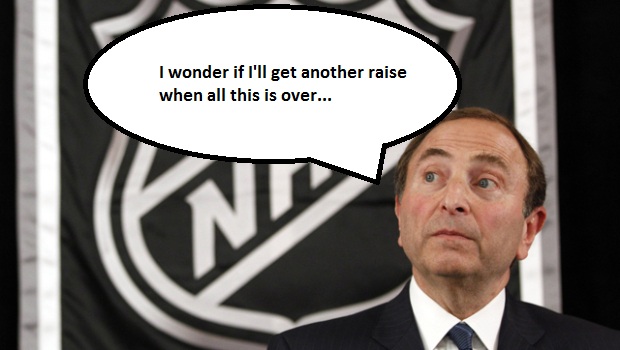 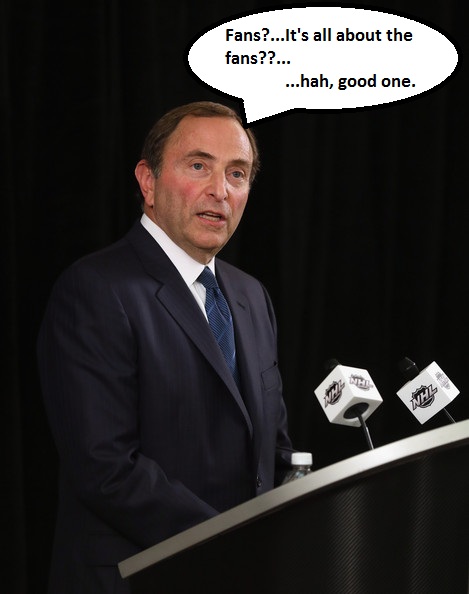 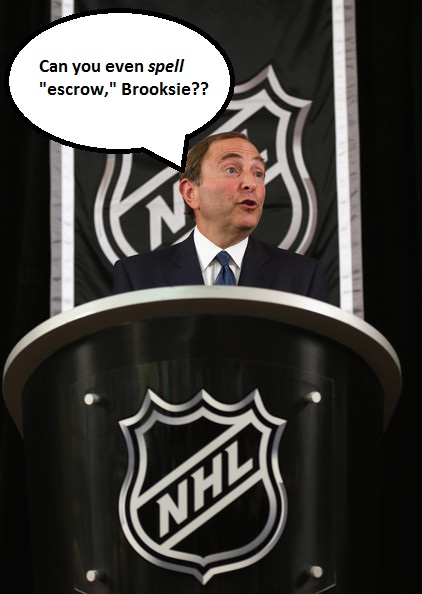 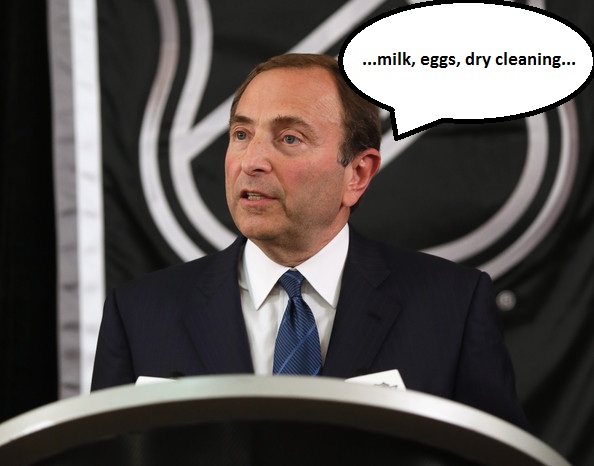 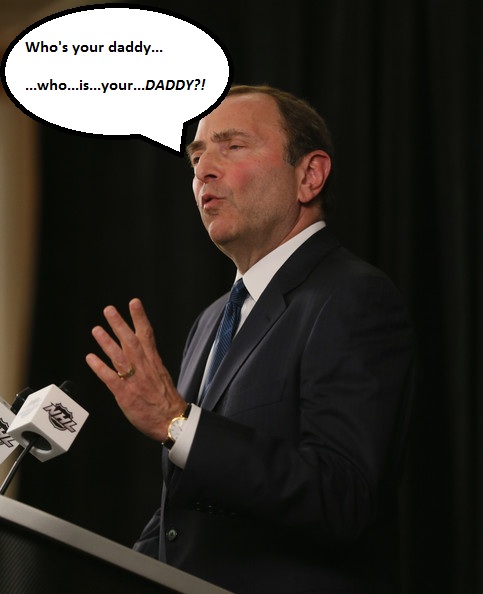 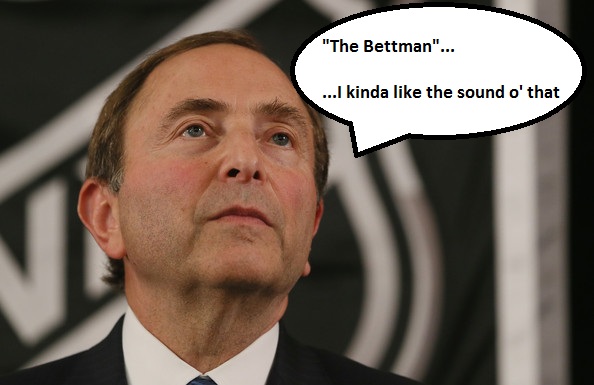 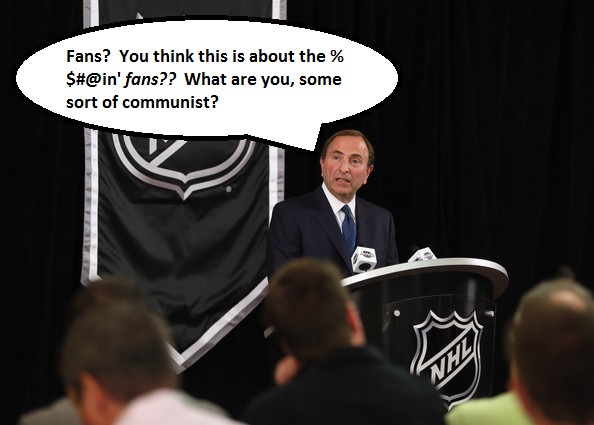 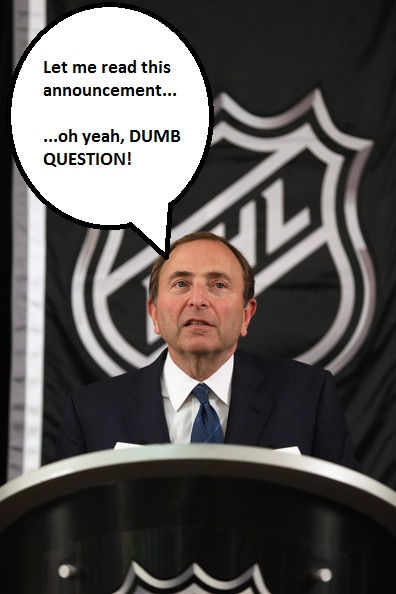 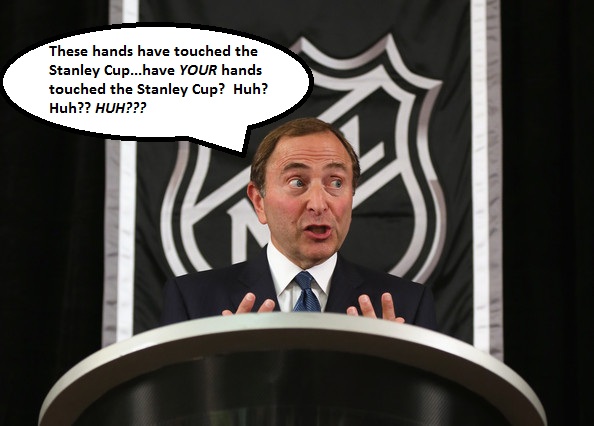 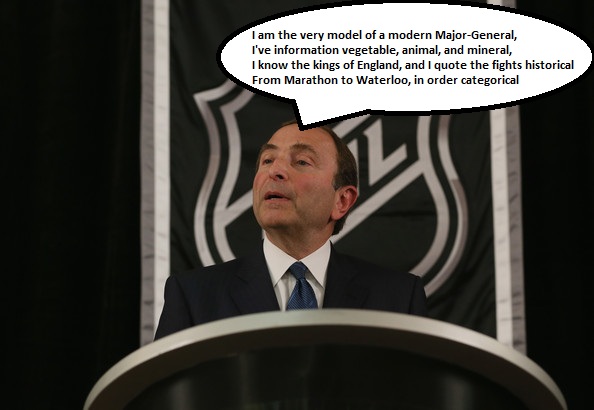 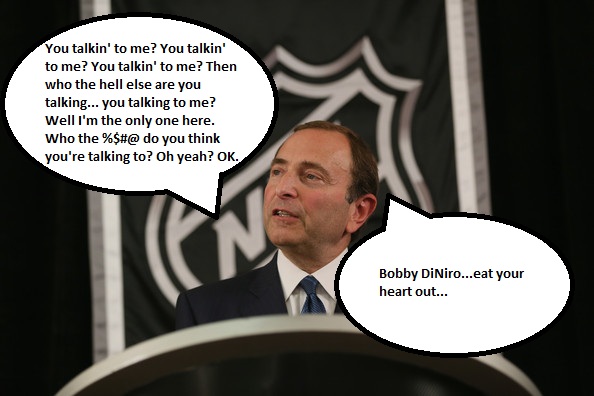 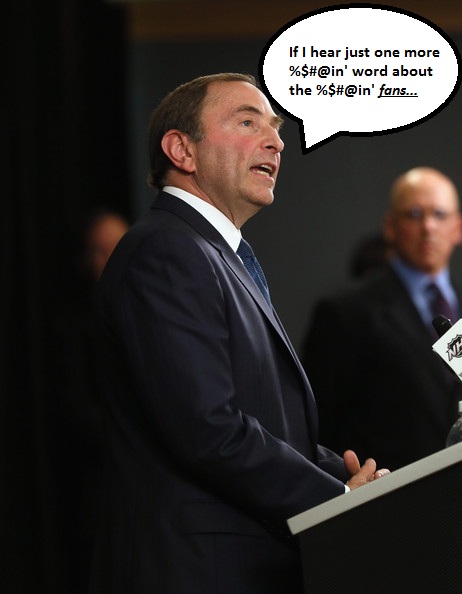 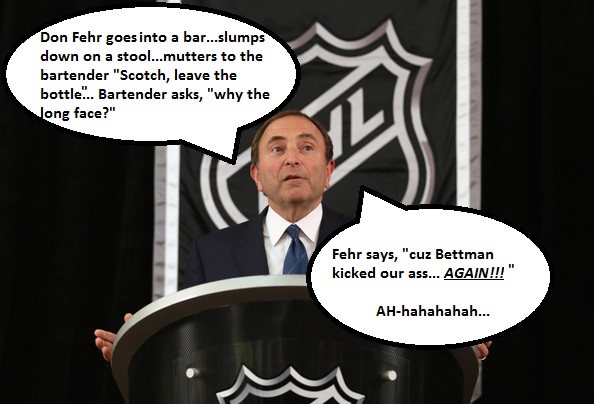 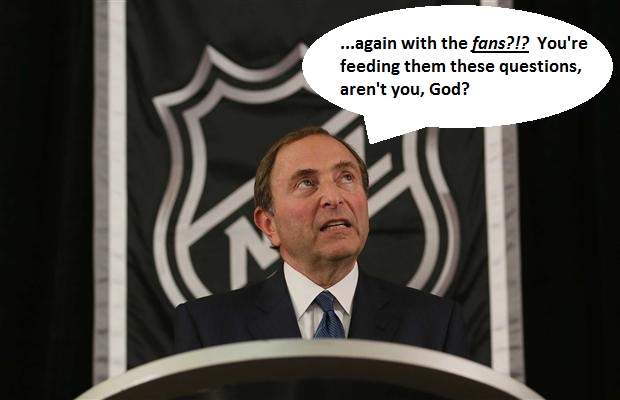 photos: Bruce Bennett/Getty Images North America
Posted by The Peerless at 10:46 AM No comments: