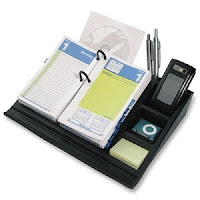 Today is July 8th… 71 days after the Capitals’ season ended and the eighth day of the unrestricted free agency signing period. In all that time, the Caps have not added anyone to their roster, save the prospects they selected in June’s entry draft and a few players whose chief benefit is to re-stock the roster in Hershey. The only signings of note so far are the inking a prospect to an entry level deal (Marcus Johansson), re-signing a couple of their own restricted free agents (Boyd Gordon and Jeff Schultz), and tying up Nicklas Backstrom for the next decade.

Even with the Backstrom signing, you could call what the Caps have done to date, “housekeeping” (quite literally, as all the signings are of the “in house” variety). But for all the grief being heaped on the Caps for retaining the services of Boyd Gordon, for showering Jeff Schultz with $11 million over the next four years, for failing to sign any (let alone any “good”) free agents to play in Washington, you would think that the team was going to start the first round of the Stanley Cup playoffs next week. Well, to that, I say this…

Three months from today – 92 days, to be precise – the Caps will raise the curtain on their 2010-2011 season. At the moment the Caps have 17 players that I would consider locks to be on the opening night roster signed and ready to go. You, dear reader, might argue that Mathieu Perreault will be on that roster, or Marcus Johansson. I won’t go that far just yet. But the point is that the Caps (and a lot of other teams) still have work to do and 92 days in which to do it. They have 92 days to complete their “to-do” list…

- Deal with the remaining restricted free agents on their own team: Eric Fehr, Tomas Fleischmann, Andrew Gordon, among them.

- Find a sixth defenseman to complement Mike Green, Jeff Schultz, Tom Poti, John Carlson, and Karl Alzner. Hopefully, that defenseman will: a) be a respected veteran, b) with Stanley Cup playoff experience, and c) who has more than a little attitude to his game.

- Find (or settle on) a second line center. At the moment, the thought of Tomas Fleischmann, Mathieu Perreault, or Brooks Laich assuming that role does not fill our heart with a warm and glowing feeling. More like acid reflux. But the Caps have people being paid handsome sums to evaluate the performance and the promise of their own players, as well as cast about for talent from other organizations to fill that role. They might need all 92 days to arrive at this decision.

Having once upon a time been a teacher, we are not inclined to give the Caps a grade for the off-season, not even a “mid-term” grade (the “mid-term” of the off season does not come until later this month). That’s not to say they should get a pass, either. A team that disappoints so spectacularly at the end of the season can’t stand pat and expect the fan base to squeal with glee. And that seems especially true given the uniformity of opinion with respect to what the Caps need, both among fans and pundits.

So here it is… It’s still early in the off-season. There are free agents available, there are arbitrations to be heard and judged, there are teams with cap problems who might make for suitable trading partners, and there might be other tricks up the sleeves of management to fill out the rest of the roster. There are three months to work with. But perhaps as important as that, there will then be almost five more months to evaluate that product and make additional changes on the roster in advance of the trading deadline early next year. So fans… lighten up. And you there, the ones in the suits… the fans are watching. Don’t waste this time, because in the end, with respect to the roster – you built it, you bought it, you own it – its successes and its failures. And having lost three of the last four playoff series you’ve played in, the words “benefit” and “doubt” don’t occupy the same sentence.
Posted by The Peerless at 8:52 AM 6 comments: