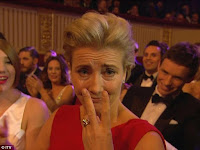 The Washington Capitals just roll on.  They won their second straight game and 11th in 13 contests on Thursday night, defeating the New York Islanders, 4-1, at Barclays Center in Brooklyn.  It was a matter of relentless pressure in all three zones, denying the home team flurries of activity on offense and applying a consistent offensive pressure of their own to open up a 14-point lead on the second-place Islanders in the Metropolitan Division.

Jason Chimera got the Caps off and running early in the game in an example of there being no bad shots to take when you have the chance.  Marcus Johansson followed up a faceoff he took against Mikhail Grabovski by collecting the loose puck along the left wing wall and circling through the corner to the right of goalie Jaroslav Halak.  Johansson fed the puck ahead to Chimera on the other side of the Islander net, and Chimera circled out with defenseman Adam Pelech trailing him.  Chimera backed out and from a severe angle to Halak’s left flicked a shot that snuck between Halak and the near post to give the Caps a 1-0 lead just 5:45 into the contest.

Precisely ten minutes later, the Caps lit the lamp again.  Karl Alzner, of all people, led a rush by carrying the puck down the right wing.  Gaining the offensive blue line, Alzner slid the puck back to Alex Ovechkin at the top of the right wing faceoff circle.  Ovechkin wasted no time or motion in wristing a shot that squeaked through Halak and into the net to give the Caps a 2-0 lead at the 15:45 mark.

The Caps took that 2-0 lead into the second period, but it would be the Islanders scoring first in the middle frame, Brock Nelson taking a feed from Ryan Strome in the high slot and firing a wrist shot that beat goalie Braden Holtby to make it 2-1 just 1:59 into the period.

The Caps and Holtby stymied the Islanders thereafter, and they restored their two goal lead late in the period just after an Islander power play expired.  With Tom Wilson exiting the penalty box, Nicklas Backstrom took advantage of a lackadaisical Marek Zidlicky chasing down a puck below his own goal line.  Backstrom stripped Zidlicky of the puck, circled out from behind the Islander net and fed the puck out to Nate Schmidt closing in from the blue line.  Schmidt leaned into a shot and rocketed it past Halak to make it 3-1 with just 4:06 left in the second period.

From there the Caps applied the clamps to the Islanders, shutting them out the rest of the way, Nicklas Backstrom scoring an empty net goal with 2:42 left to close out the scoring in the 4-1 win.

-- With the win the Caps added to their league leading win total on the road this season.  Their 15-4-2 record away from Verizon Center is two wins better than the Los Angeles Kings (13-6-2) and the San jose Sharks (13-6-2).  The closest Eastern Conference pursuer is the Florida Panthers (11-6-2).

-- The lede for the game story might be Alex Ovechkin’s 497th goal, but it was Nicklas Backstrom who had a goal and an assist, making it four straight games with a point.  He is one of 11 players in the league among 466 appearing in 30 or more games this season to average at least one point per contest (37 in 37 games).

-- The Caps had 38 shots on goal.  That total was surpassed in only two other games this season, when they had 40 against the Detroit Red Wings in a 3-2 Gimmick win on December 8th and 43 in a 5-2 win over the Buffalo Sabres on December 30th.

-- We can start marking Braden Holtby's record in terms of national holidays.  He is 18-0-2 in his last 21 appearances.  Four national holidays in the United States -- Veterans Day, Thanksgiving, Christmas, and New Year's Day -- have passed since his last loss in regulation, a 1-0 loss to the Detroit Red Wings on November 10th.

-- The thing about young guys with skill is that sometimes they stand out, and sometimes they disappear.  After recording two goals in his previous four games, Andre Burakovsky did not record a shot attempt in 14:23 of ice time.

-- Ovechkin’s goal was his eighth in his last ten contests, three of those goals (including the goal in this game) being game-winners.

This game was a case of no individual player standing out so much as it was 20 guys playing their roles smartly.  This is not a sometime thing with this club these days.  Of course, there is the odd off game that creeps in, which is hardly unexpected over the course of an 82-game season.  The Caps have demonstrated an ability to avoid stringing such games together.  It has been a formula for unprecedented success.  Thirty wins in 40 games.  That is a 62-win pace.  It’s hard to think that the Caps will win 62 games this season (it would tie a league record set in 1995-1996 by the Detroit Red Wings), but at the moment this is the most consistent, most dominant team in the league.