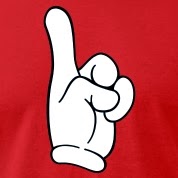 For the tenth time in 32 games the Washington Capitals failed to decide things in regulation time, failed to decide things in overtime, and hauled themselves into the circus of the trick shot competition.  Last night in Sunrise, Florida, the Caps and the Florida Panthers went ten rounds in the freestyle phase, and after 11 straight misses by the two teams Tomas Kopecky ended the drama in favor of the Panthers to give the home team a 3-2 win over the Caps.

There wasn’t a lot of drama in this one, frankly. More wonder… wonder at how the Panthers were able to get a lead, get a lead again, and keep the Caps from closing things out in the third period.  They got their first lead early in the second period when Dylan Olsen scored on a snap shot from low in the left wing faceoff circle, a goal that goalie Philipp Grubauer might have wanted back.

Nicklas Backstrom tied it for the Caps in the 17th minute of the period when Mikhail Grabovski split two Panther defenders behind the Florida net, tracked down a loose puck, and fed Backstrom in the slot for a one timer that banked in off the far post.

And that was it for the scoring.  At least in the hockey phase of the game.

-- The Caps lead the league in games decided in the Gimmick (ten), holding a 7-3 record after last night’s loss.

-- It was only the tenth time in 33 games that the Panthers scored first, third  fewest in the league.  Only Carolina and Buffalo have scored first fewer times.

-- Had Alex Ovechkin recorded three goals, he would have had his “50-in-50” and would have reached the 400 goal mark.  As it was, he had only three shot attempts (two on goal), none of them successful.

-- Form the “potential NHL star-of-the-week” file, the goal and assist from Nicklas Backstrom makes him 2-5-7 in last two games.  He is 2-7-9 in his las four contests.

-- For Joel Ward, his power play goal was his first goal in 13 games. He had none since scoring goals in three consecutive games November 9-12.

-- The Caps had 11 shots blocked, nine of them taken by defensemen.

In the end, it was a “meh” game for the Caps, proving once more that: a) you can’t win just by showing up, and b) that the Caps test this proposition too often.  It is a game best just tossed in the closet and not remembered any further.

Posted by The Peerless at 6:46 AM No comments: