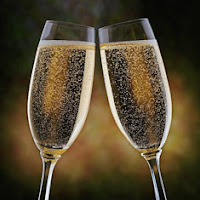 After 40 minutes, the Columbus Blue Jackets looked as if they would send the Washington Capitals into the new year on a sour note. Two goals in the last six minutes of the second period put the home team up, 2-0, at the second intermission, and the visitors looked distracted and disjointed.

But in a space of 6:40 of the third period, all that was put aside as the Capitals scored four goals on five shots – two of the tallies coming from Alex Ovechkin – to win going away, 4-2, and close the year on a three-game winning streak.

After John Moore and Samuel Pahlsson put the Blue Jackets ahead by a pair in the second period, Alex Ovechkin got one back in the fifth minute of the third period, when he wristed a loose puck past Columbus goalie Steve Mason on the short side.

Alexander Semin tied it when he took a feed from Dennis Wideman, and as he circled out from the top of the left wing circle he wrong-footed a wrist shot past a screened Mason to tie the game. That was followed only 28 seconds later by a goal of his own by Wideman. He took a feed from Marcus Johansson in stride at the red line, skated down the right wing side and rifled a slap shot past Mason to give the Caps the lead once and for all.

Ovechkin closed the scoring by finishing a nice play by Dmitry Orlov to outrun defenseman Aaron Johnson around the back of the Columbus net and find Ovechkin in the right wing circle. Ovechkin leaned into a slap shot, and Mason didn’t have a chance.

-- That makes six goals in six games for Ovechkin, who is 6-3-9 over those games. It is his longest points streak since a seven-game streak that ended on March 11th last season.

-- Alexander Semin has five goals in his last seven games and has points in six of seven games (5-4-9).

-- Ovechkin’s first goal was officially scored as unassisted, but it did look to us as if Wideman should have been credited with an assist on the play.

-- Again, it’s nice that the stars are playing like stars, but the fact is that the Caps had a total of 38 shot attempts for the game, 14 of them by the “stars” Ovechkin, Semin, and Nicklas Backstrom. That left 24 shot attempts from 15 other skaters, including none from five of them – Jason Chimera, Matt Hendricks, Joel Ward, Dmitry Orlov, and Marcus Johansson.

-- Wideman might have had his best game of the season – a goal, and assist, three shots, two hits, four blocked shots, and a plus-3.

-- Columbus played the game that struggling teams play. They made life difficult all over the ice for the Caps over the first 40 minutes, but the moment they suffered the least adversity, they fell apart like wet tissue paper. It is not a team devoid of talent, but it is one that has no apparent confidence at how to close out games. You could almost see the thought balloons go on over their heads after the first Caps goal… “here we go again.”

-- Even though the Alexes turned things on in the third period, they did it apart from each other. For 40 minutes they played on a line with Nicklas Backstrom, but after the second break it was Ovechkin-Brooks Laich-Troy Brouwer and Semin-Nicklas Backstrom-Marcus Johansson.

-- The three-game winning streak is the Cap’s longest since their seven-game streak to start the season. They managed to win two in a row three times until they finally got their third one in a row in this streak.

-- That the Caps recorded 27 hits is not unusual (they are averaging 22 per game). But Alex Ovechkin getting only one of them is. So is Nicklas Backstrom leading the team with six.

-- Each team got one power play. The Caps scored on theirs, the Blue Jackets did not.

-- Roman Hamrlik finished the night with an assist and a plus-3. He hasn’t had a minus game in his last eight (plus-7) after going minus-11 in his first 25 games. The assist marked the first time this season he recorded points in consecutive games.

-- Lost in that flurry of goals in the third period was a key stop Vokoun made on Mark Letestu from the high slot that after the first Caps goal could have snuffed out any momentum the Caps might have been building.

-- Jeff Schultz returned to the lineup for the first time since he dressed for the December 20th game against Nashville. He is not yet a go-to defenseman, though. He skated 9:46 and had only three shifts in the third period, none in the last 7:31.

-- If Schultz was stapled to the bench late, Joel Ward was nailed there. He skated fourth line minutes (9:34) and had only two shifts in the third period, none in the last 14:06.

-- Every skater for Columbus recorded a shot on goal, except for Derek MacKenzie. He made up for his lack of shots by replacing it with gusto in the hits department – seven in less than ten minutes of ice time.

In the end, two points is two points, although one cannot be entirely happy with the way the Caps came upon them (we hesitate to use the term “earned”). The Caps let the Blue Jackets dictate pace and the level of physical engagement over the first 40 minutes and mustered next to no scoring chances. They took advantage of Columbus’ propensity for allowing lots of third period goals (the Blue Jackets have now been outscored, 52-26, in the third period this season) and let the Blue Jackets self-destruct.

As the curtain draws closed on 2011 the Caps still have work to do. With their 20-15-2 record (42 points in 37 games) the Caps are not far off last season’s record at the close of the calendar year of 22-12-5 (47 points in 39 games). But they start 2012 in ninth place in the Eastern Conference, whereas last season they were in fourth place going into New Year’s Day. They are only five points out of the Southeast Division lead with two games in hand on the Florida Panthers, but games in hand only mean something if in the end you win them. And, the Caps are still on the outside looking in.
Posted by The Peerless at 2:29 AM No comments: