Sitting at the end of the bar... 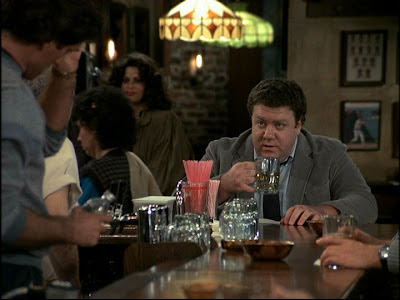 Did you know that...

Matt Pettinger has points in five games this year...the Caps are 5-0-0 in those games.

The Capitals are 20-7-4 in games in which Viktor Kozlov has registered a point, 9-0-1 when he has scored a goal.

At the start of the year, you might have thought Michael Nylander, Chris Clark, Brian Pothier, Tom Poti, and Alexander Semin would be important cogs in the Caps' machine. Among them, they all have missed at least ten man-games to injury, a total of 114 and counting (Nylander, Clark and Pothier still out).

Among players taking at least 200 faceoffs this year, David Steckel leads all rookies with a 54.9 percent winning percentage. He's also seventh among rookies in hits (85), sixth in takeaways (27), and third among rookie forwards in blocked shots (35). Backstrom leads all rookies in takeaways (49) and is tied for fifth among rookie forwards in blocked shots (22).
Posted by The Peerless at 8:13 PM No comments:

We're just about a week from the trading deadline, and this is countdown week for the clubs in the Southeast Division. It gets even more complicated as the league's general managers being a three-day set of meetings in Naples, Florida. As tight as things are, it isn't yet clear who (if anyone) will be sellers or who (if anyone) will be buyers among the teams in the Southeast. The standings tell the tale:

And the schedule leading up to the February 26th deadline looks like this:


Carolina would seem to have the team they will finish the season with, for better or worse. They moved Cory Stillman, picked up Sergei Samsonov, and lost Rod Brind'Amour to injury. Despite Samsonov's showing at least a pulse since donning the Hurricane jersey, we don't regard any of these three events as a plus for Carolina. The nickname, "Hurricane," might be an apt one for the rest of the season as they try to weather the storm with what they have.

Washington has cap room and trading assets. They could use a stay-at-home defenseman and/or a reliable winger. However, this is also something of audition week...Sami Lepisto got a look in the Tampa Bay game, and by accounts acquitted himself rather well. The revolving door among forwards not named "Semin" the second line -- the continuing effort to find a center and right wing to provide some consistent scoring without being an undue liability in their own end -- continues. Brooks Laich, Boyd Gordon, Tomas Fleischmann, Eric Fehr, the Hanson Brothers, Toe Blake, and Slapshot all have been given chances, it seems, with mixed (read: "not a lot of") success. Does that mean a trade is in the offing for any of these needs? We doubt it. The Caps might make a minor acquisition, but we don't foresee any splashy deadline deals. Then again, the below-the-radar deals sometimes can turn out quite well...down the road.

Atlanta has a dilemma. They are two points out of first -- hard to believe after their ghastly start -- but Marian Hossa is an unrestricted free agent at year's end, as are Bobby Holik, Pascal Dupuis, and Mark Recchi. But Hossa is the key player here. Does a team that is 3-1-0 in its last four games -- perhaps on the brink of a nice stretch run -- roll the dice and keep its second-leading scorer, or do they get at least something for Hossa (assuming he does not sign a contract extension)? Then there is the matter of the return. The Atlanta Journal-Constitution looks at five teams that might be in the running for Hossa, but the returns are likely to be very different, depending on which team "wins." A deal with Anaheim, for example, would be looking past this season, while one with San Jose (if Patrick Marleau is a part of it) would have this year more in mind. You would think that at least as much as any other team, what sort of week the Thrashers had this week would influence the kind of deal they would make...but they have only two more games to the trading deadline -- not enough to drop out, not enough to open any space between themselves and the other teams in the division. Atlanta probably has the hardest decisions to make this week -- and will be the most fun to watch as a result.

Florida has problems similar to (but not as varied as) Atlanta. Their decision is what to do with Olli Jokinen. Despite his being signed for two years after this (cap hit: $5.25 million), his name has been appearing in rumors over the past several weeks. They've stumbled lately (2-3-1 in their last six games). With four games before the deadline, but none of them with a Southeast Division opponent, the Panthers might have a better idea come Monday or Tuesday where they stand. In the end, we think Jokinen will remain a Panther. Now, will they be buyers if they get 6-8 points over these next eight days? Despite their power play humming along pretty nicely (fifth in the league at 20.1 percent), they are a somewhat offensively challenged team (19th in goals/game). They have some cap room, but this is not a team that is doing (or has done) especially well at the gate...assuming additional salary (as opposed to shedding Jokinen's) isn't clearly something this team is going to do, even if it will marginally improve their playoff chances.

Tampa Bay...what they need isn't a mystery -- a goaltender. They don't have a reliable one, and it will be sometime before prospects such as Karri Ramo or Riku Helenius are ready to step in. It would seem unlikely that they could fill the short term netminding need in a deadline deal. They do have a dilemma, though, and it is rather stark...they are 4-1-1 in their last six games, roughly coinciding with the return of defenseman Dan Boyle to the lineup. Trouble is, he is an unrestricted free agent at the end of the year, and he is arguably the Lightning's most attractive trading asset. They will not lack for offers. The Lightning might also be inclined to shop Vaclav Prospal, who had some unkind words for his coach after a game last week -- he is also a UFA at season's end. Of the big three of Vincent Lecavalier, Brad Richards, and Martin St. Louis, the latter two are each signed through the 2010-2011 season at cap hits of $7.8 million and $5.25 million, respectively. Richards has had, what for him, is an off season (17-32-49, -25, that last number being last in the NHL). Lecavalier -- signed through next season -- is the best player in the game, according to some. None of those three are going anywhere.

In the end, we think Atlanta will move Hossa (we're thinking "Montreal," which has prospects they could move), the Lightning will move Boyle (we're thinking "San Jose"), and the Panthers will keep Jokinen. Carolina and the Caps will sit things out.

This could be an odd, if important "weeding out" kind of week for the Southeast. There aren't enough intra-divisional games of the "four point" variety to enable more separation among the clubs. Only Carolina has more than one such game, and two clubs -- Florida and Tampa Bay (who probably could use them more than any team) have none. Seven of the 16 games these clubs will play before the deadline are against Atlantic Division teams. For those of you keeping score at home, four of the Atlantic's five teams are in the top seven in the East, and they are a combined 44-21-11 against the Southeast this season.

Carolina probably has the most to gain -- and the most to lose -- in their schedule between now and the deadline. They have two games against divisional opponents (Atlanta and Washington), and they have only a game against New Jersey among Atlantic teams. Florida has what looks like the roughest road, with all three of their games against Atlantic teams on the road.

The Caps will have two games in hand on the Hurricanes when the deadline comes next Tuesday. That will make the game on Saturday in Carolina a big one for both teams. Things set up pretty well for the Caps this week with two home games sandwiching the game in Carolina (although one will be the back end of a back-to-back, played against the Devils on Sunday afternoon). They will be getting the Islanders on Wednesday, who before running off a three game winning streak were 0-6-1 in their previous seven and looking like they were dropping out of the Eastern Conference race.

This should be a fun week.
Posted by The Peerless at 9:18 AM 1 comment:

The old man still has some juice left in him, it would seem.

We're not talking about Father Christmas, but rather Olaf Kolzig, goaltender for the Washington Capitals.

Since Christmas, Kolzig is 11-3-2 in 17 games with a 3.04 GAA and .883 save percentage. Those latter two numbers are not especially noteworthy (although the one that matters is the 11-3-2 line). But in his last four contests, he is 3-0-1, 2.20, .934. Each of those four decisions represent games with points earned (seven of a possible eight) against Eastern Conference teams, two of them against Southeast Division clubs.

That's what the Caps are going to need as they head into their last 22 games of the regular season.

photo: Phillip MacCallum/Getty Images
Posted by The Peerless at 7:08 AM No comments: