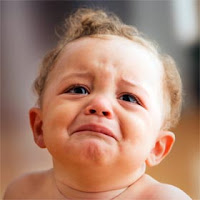 The Washington Capitals embarked on the road portion of their opening round series against the Carolina Hurricanes on Monday night.  It was among the stranger and uglier games in Capitals postseason history, the Caps dropping a 5-0 decision to leave Washington with a two-games-to-one lead in the series.

The Caps dominated early, but Carolina took their first lead of the series mid-way through the period.  It was a self-inflicted wound that started when Christian Djoos took a pass from Brooks Orpik in the faceoff circle to the right of goalie Braden Holtby and promptly coughed it up to Warren Foegele.  The puck slid off Foegele’s stick behind the Caps’ net where Brock McGinn scooped it up.  McGinn sent the puck to the right point where Justin Faulk one-timed a shot to the Caps’ net.  The puck struck Foegele, who was battling for position with Djoos.  The puck popped up and over Holtby, dropping behind him and over the goal line before Djoos could scoop it out, and the Hurricanes were up, 1-0, 9:43 into the period.

Things got interesting about a minute later when Alex Ovechkin and Andrei Svechnikov squared off.  Ovechkin made short work of Svechnikov, landing three right hands and sending the rookie to the ice.  Svechnikov was on the ice for some time and was clearly woozy from the scuffle.  The Caps would suffer from Ovechkin’s absence when they were awarded the game’s first power play.  The Caps did get shots from Matt Niskanen and John Carlson, but they failed to convert.  Carolina did likewise with their lone power play chance late in the period, and the teams skated off to the first intermission with the Hurricanes on top, 1-0.

-- Ovechkin had three shots on goal to lead all Caps, and his five shot attempts led all skaters for both teams.

It was Carolina’s turn to dominate early, and they had the Caps back on their heels for the first six minutes.  The Hurricanes capitalized on the pressure they exerted when Foegele scored his second goal of the game.  Teivo Teravainen took advantage of two Capitals – Dmitry Orlov and Brett Connolly – stepping up on him just inside the Caps’ blue line, and as both Orlov and Connolly fell to the ice, he fed the puck across the ice to Sebastian Aho in the left wing circle.  As Matt Niskanen slid on his stomach to try and prevent an Aho shot, Aho fed Foegele all alone at the doorstep to put the puck home at the 6:09 mark to make it 2-0, Carolina.

Less than six minutes later, with Nicklas Backstrom in the penalty box, Carolina scored a power play goal to extend their lead further.  From the left point, Jaccob Slavin fed Jordan Stall in the high slot.  Stall slid the puck back to Dougie Hamilton, who leaned into one and sent the puck under the crossbar at the 11:40 mark to make it 3-0.  The Caps avoided further damage, but the damage at this point might have been sufficient.

-- Washington did not record their first shot on goal until the 15:13 mark of the period, 23:04 of ice time between shots on goal going back to the first period.

-- Ovechkin was the only Capital with more than one shot on goal through 40 minutes (four).

Things did not get better for Washington.  By the time the Caps recorded their first shot on goal in the period, 12:29 into the period, Carolina had added to their lead on Dougie Hamilton’s second power play goal of the game.  Carolina added another, by Brock McGinn, before adding a few shots on goal to pad an anemic total in what ended as a 5-0 loss.

-- This was the first game in Capitals postseason history that they allowed more than 40 shots on goal and recorded fewer than 20 shots on goal of their own.

-- John Carlson recorded a shot on goal at 12:09 of the first period.  The Caps would go 23:04 before their next shot on goal, that by Alex Ovechkin 15:13 into the second period.  They would not get another until Dmitry Orlov was credited with a shot from 84 feet, from the neutral zone, 12:29 into the third period.  That was one shot on goal in 40:20 between the Carlson and Orlov shots.

-- This was only the second time in the Caps’ last 24 postseason games that they allowed more than four goals.  They allowed six in a 6-4 loss to the Vegas Golden Knights in Game 1 of last year’s Stanley Cup final.

-- Turning point.  At the 10:59 mark of the first period, Carolina has a 1-0 lead, and shots on goal were tied, 8-8.  Then, Ovechkin and Andrei Svechnikov had their fight.  After that, Carolina outscored the Caps, 4-0, and out-shot them 37-10, and five of those Caps shots on goal came in the last minute of the contest.

-- The teams were credited with a combined 86 hits, Carolina with 52 and the Caps with 34.

Take the tapes, and…

Posted by The Peerless at 10:40 PM No comments: