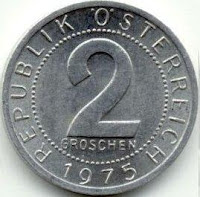 Two points…it doesn’t matter how you get them, just get them. And the Caps got two in a 5-4 overtime win after giving up a three-goal lead. Read the running commentary in the previous entry for the details. But let’s take a look at the final numbers…

Other numbers of note…

The guys who have to step it up in the absence of Nylander and Clark are doing just that...but the Caps need Shaone Morrisonn back to give Mike Green balance. The sooner, the better.
Posted by The Peerless at 10:16 PM 4 comments:

Sitting at the keyboard...a live blog 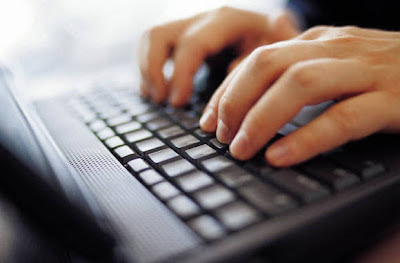 OK, well...since we can't attend the game in person tonight, we'll try this live blogging thing for the Caps-Habs contest...we apologize in advance for an utter lack of readability...

...and Morrisonn didn't make it out of the pre-game skate?...what's the over-under, President's Day?

7:16...looks like the Caps want to pay the price a little more in crowding Huet...first Pettinger, then Steckel. Much shoving ensues...

7:22...ya think that was a pretty amazingly dumb roughing penalty Donald Brashear took?...

...nice kill...to chance to string together chances in the Caps' end.

7:33...Begin needs to take acting lessons. That was a half-hearted appeal on the delay-of-game.

...and so much for that...a pretty weak stick call on Semin

...and wasn't that a nice cross-ice feed from Jurcina

7:42...the Caps are almost playing this like a road game...denying the Canadiens much in terms of flow, playing very deliberately on offense...


-- end of the first...Caps denied Montreal the transition game that killed them on Tuesday, and when Montreal generated a little downhill momentum, Olaf Kolzig was there...after one, the leaders:

7:53...I'm going to go out on a limb and say Milan Jurcina really "caffeine's up" for games...geez, his interview with Al Koken needs to be stepped down a couple of speeds so I can figure out what he said...something about "blue lines," I think.

...Backstrom is oh-for-five in the circle so far...

8:07...one gets the feeling that the game is quietly moving toward Montreal..they're in that "lull a team to sleep" mode...

...uh, so much for that lull. Nice quick-hands tap-in by Kozlov from right in front of Huet. 2-0 Caps

...and Ovechkin has a bloody beak, courtesy of Francois Bouillion.

8:26....this time it was Montreal caught napping...Ovechkin stepped past Andrei Markov to collect a nice chip pass from Kozlov and swat it past Huet...3-0 Caps

...and Montreal gets it right back on a weird ricochet off Alexander Semin's stick and onto Sergei Kastistsyn's blade who whipped the puck into a virtually empty net...3-1 Caps

8:30...Ovechkin's 2-1-3 tonight now has him tied with Daniel Alfredsson for the league scoring lead.

8:37...goal or no-goal. Montreal had a lot of chances, and this one will count, if the replays mean anything. Rebounds rear their ugly head once more in the Caps' end... 3-2 Caps.

8:40...OK, so now both Kastsitsyn's have scored. Hopefully, there isn't a third one lurking in the tunnel waiting to take the ice. And the way the Canadiens got those two goals -- the first less than a minute after the second Ovechkin (and third Caps') goal...the second with mere tenths of a second in the period. The third will be gut-check time for the home team.

9:00...Ovechkin is the only Cap playing with intensity at the moment...a whale of a hit and some back-and-forth with Mike Komisarek...

9:10...Montreal is starting to win the territorial game...too much time in the Caps' end...

9:17...Bradley with a nice accelerator to get in deep, but couldn't lift the puck over Huet's right pad.

9:18....HAT TRICK!!!...finally...Ovechkin's first home hatter, rifling the puck through the defenseman's legs and past a barely-flinching Huet...4-2 Caps

9:22...and the Caps give it right back by being lazy getting back...Kastsitsyn (one of them, anyway) slides the puck to Latendresse who stuffs it into an empty net. Green and Schultz just weren't in position to defend... 4-3 Caps

9:30...and once more, they can't get the puck out of their own end...Kolzig loses track of the puck...Latendresse pokes the puck in from inside the crease with 32.6 seconds left...4-4

...overtime...a three-goal lead blown...goals scored by Montreal in the last minute of the period, twice...and but for Ovechkin, this really isn't a pleasant night for the Caps. As it is, they have one point, looking for the second one. But Montreal has the momentum...

9:36....bad offsides there...Fleischmann could see the play in front of him and didn't need to go in early...

The Peerless Prognosticator is ON THE AIR!!! -- Caps vs. Canadiens, January 31st

The Peerless Prognosticator is ON THE AIR!...

And today’s subject, dear readers, is…”running up the score.”

It seems some folks in Caps Nation are a bit peeved at the behavior of the Montreal Canadiens at the conclusion of Tuesday?s 4-0 whitewash of the Caps. To wit, they believe that the home team was looking to pad their stats at the end by sending out their top line in the last minute when the score was 3-0, and the matter had been settled.

Well, the notion of “running it up” inspired us to ask some of the more famous “runner uppers” about their motivation in engaging in such behavior. We begin with George Halas, who didn’t “run” up the score…he sprinted up and down the field with it as his Chicago Bears drubbed the Washington Redskins, 73-0, in the NFL championship game of 1940. Coach, welcome… 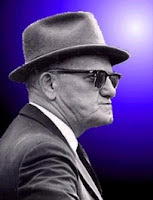 “Hell, yeah, it was running up the score. If we played a fifth quarter, I’d have made sure we scored a hundred…”

“Look, thesaurus boy, that idiot of an owner the Redskins had thought he’d be brave and all by calling us crybabies and quitters when we lost to them, 7-3, a few weeks before the championship game. Well, we got the last laugh…it was so bad, they even ran out of footballs for us to kick extra points…made us run for conversions on the last two touchdowns. Haven’t heard much out of ol’ George Preston Marshall lately…”

Uh, Coach…he died in ’69. OK, so what about a different kind of “running up the score?”…For that, we have to ask Crazy Horse about the Battle of the Little Big Horn…uh, shouldn’t we be talking to Sitting Bull?

“Huh…’Sitting Bull’ is right. He just sat around in camp spreadin' the 'bull' around while Red Horse and I did all the dirty work in battle.”

About the battle…you really laid a whuppin’ on George Armstrong Custer didn’t you? (why are all these guys named, “George?”)…

“Yeah, thought we were just a bunch who wouldn’t put up a fight…even split up his forces. It’s about respect. You have to respect your opponent. And when he doesn’t, you just think enough is enough, and running up the score is the thing to do.”

Well, it’s an interesting take on “running up the score,” but it even shows itself in college football. Coach Barry Switzer, you were often accused of “running up the score” on much weaker opponents when you were at Oklahoma to boost your rankings in the polls. Did you pass late in games to pad your score?

“Ha-ha…they should know better…at Oklahoma we’d throw the ball to keep the score down.”

Speaking of football, what about you, Bill Belichick?...Your New England Patriots not only went 16-0 in the regular season this year, but you set an NFL record of scoring 589 points. More than a few coaches have suggested that you ran up the score in games…care to comment?

Well, that adds some needed and welcome clarity to the matter, and it is left to the Capitals to ponder whether the Canadiens did, in fact, look to pile up some garbage-time goals. What they will do about it tonight will be interesting to watch unfold.

Of relevance here is the fact that the Caps have lost nine games in regulation since Bruce Boudreau took over behind the bench. In the previous eight, the Caps record in games following those losses is 6-0-2, outscoring opponents 25-16. But here is the statistic that might have the greatest bearing on this game tonight. In games following regulation losses, the Caps have tightened the screws in penalty killing, skating off 25 of 27 shorthanded situations (92.6 percent). Given Montreal’s potent power play, this is the fault line upon which the game will be decided.

If you’re looking for more trends, you can look at the prognosto for Tuesday’s game…the same keys still apply. But tonight will have a happier result…