It's a Long Summer, Every Year...Sometimes

Fans are, by their nature, impatient. It is part of what makes them “fanatics” about their teams. And by now, not two weeks into the free agent signing period in the NHL, fans of the Washington Capitals are gnashing their teeth, balling their fists, and muttering under their breath, “sign somebody!” And that’s after the signing earlier today of free agent forward Wojtek Wolski. 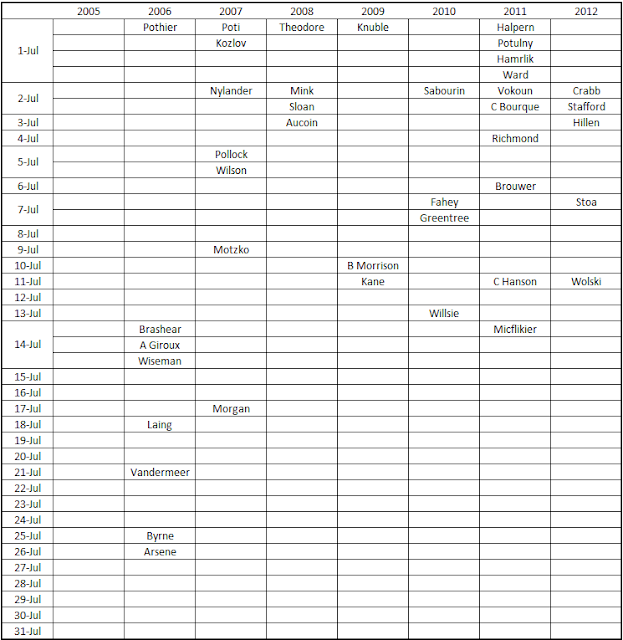 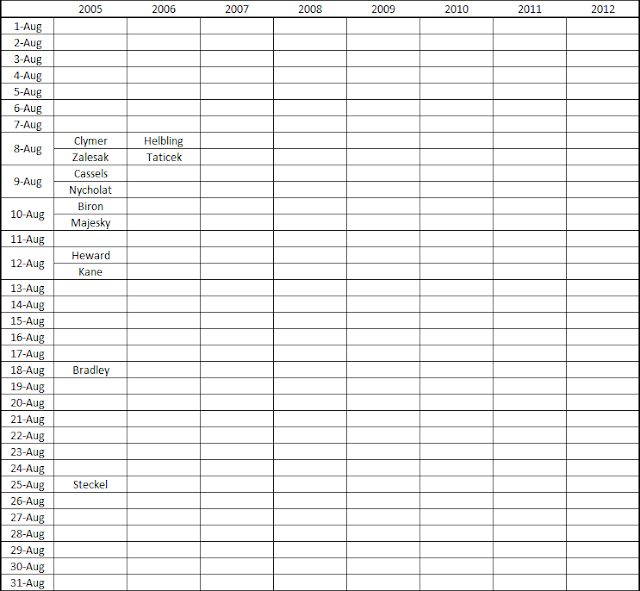 (click pics for larger images)
Of course, for the cynical fan out there, you will notice that in the "playoff team" portion of the post-lockout era, the Caps have pretty much wrapped up their free agent signings by mid-July, which is...well, just about now.

* Source for pre-2012 signings: Washington Capitals Media Guide
Posted by The Peerless at 7:08 PM No comments: