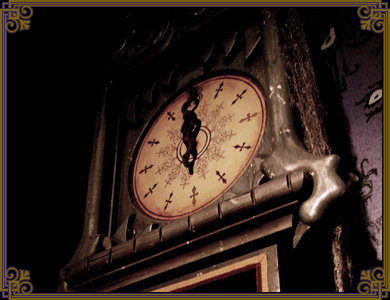 For the 37th consecutive season, midnight comes early for the Washington Capitals. On Saturday night the Caps lost to the New York Rangers, 2-1, and thus lost their Eastern Conference semifinal series, four games to three.

As was the case in the previous six games of this series – the previous 13 for the Caps in the playoffs, for that matter – it would be a low-scoring, closely fought affair. This game started almost as a mirror image of Game 6. In that one, Alex Ovechkin got the Caps started only 1:28 into the game with a power play goal to give the Caps a lead they would not relinquish in a 2-1 win. In Game 7, it was Brad Richards who got the Rangers off on the right foot only 1:32 into the game. It was a case of living by the blocked shot, as the Caps did so much in this series, and dying by it. In this case it was Nicklas Backstrom who tried to get into Richards’ shooting lane as Richards was receiving a pass from Carl Hagelin for a one timer from the top of the left wing circle. Unfortunately, Backstrom was not quite on Richards’ line, and the Ranger snapped the puck past both Backstrom and goalie Braden Holtby for the early lead.

It looked as though that goal might stand up as the only one of the game. Neither team looked especially adept on offense over the next 48 minutes, and it only made the job of Holtby and Ranger goalie Henrik Lundqvist easier. Then the Caps got caught. It started when Michael Del Zotto tumbled Alex Ovechkin to the ice at the Rangers’ blue line. The loose puck lying behind Ovechkin was picked up by the Rangers as defenseman John Carlson was going to the bench for the Caps in favor of Mike Green. Green got back in good order, and the Rangers were left with Marian Gaborik skating into the zone alone against three Caps. Gaborik got his shot off, but it was blocked by Brooks Laich. This time, though, the Caps could not clear the blocked shot, and the puck ended up on the stick of Del Zotto. With neither Ovechkin nor Alexander Semin getting back into the play, Del Zotto was free to wind up and snap the puck past Holtby for what looked to be an insurmountable 2-0 Ranger lead 10:05 into the third period.

The Caps responded just 38 seconds later. Troy Brouwer rushed the puck through the neutral zone, and as he crossed the Ranger line slid the puck off to his left and the stick of Jason Chimera. From the left wing wall Chimera sent the puck across to Brooks Laich, who did a nice job just corralling the puck as he was backing up along the right wing side. Laich fed the puck to Roman Hamrlik, who stepped up and wristed the puck through a clot of bodies in front of Lundqvist and into the back of the net.

But that is as close as the Caps would get. The Caps would manage only two shots in the last 9:55, neither of which could have been considered coming off a scoring chance. The Caps’ last gasp was a shot by John Carlson that would be – what else – blocked by the Rangers, and the horn sounded shortly thereafter, the signal that for the 37th straight year, midnight was striking for the Caps and their playoff chances.

-- We said that this game would boil down to which of two elite players would impose his will on the game – Alex Ovechkin and Henrik Lundqvist. In this game Lundqvist was sharp, especially in the second period when the Caps cobbled together something approximating an offense. But Ovechkin would finish the game with only two shots on goal, none of them in the last 33:57.

-- Seven times in seven games, the team scoring first in this series won the game.

-- The question we had as this series wore on was whether the Rangers and especially their top four defensemen would have enough left in the tank after getting so many minutes in the first six games. Well, the Caps were held to only four shots in the third period. They did just fine.

-- The Caps had only one power play in this game, but it hardly seemed to matter. The Rangers out-shot them on that power play, 1-0, and the Caps looked as if they were running drills in the first day of training camp. It was painful to watch.

-- The top line of Brad Richards, Marian Gaborik, and Carl Hagelin for the Rangers was a combined 1-3-4, plus-6. The flip side of the coin in looking at the absence of the Caps’ Core Four.

-- Lost in all this is the performance of Braden Holtby. Here is a guy who just a couple of days ago became a new father. Then he has to step onto the ice in a foe’s rink and maintain his focus in the biggest hockey game of his life. He ended up stopping 29 of 31 shots. He finished the playoffs with these achievements…


-- There are a number of Caps who might have skated their last for the team in this game. Of particular note, Mike Knuble had only one shift in the third period, that one ending at the 2:46 mark). Personally, there isn’t another Cap we were rooting harder for to win it all this year than Knuble.

-- Moment of irony. Joel Ward, who scored the game-winning, series-clinching goal against Boston in the first round, did not record a shot on goal in this game.

In the end, after all the ups and downs, the good and the bad, we are right where we are every year with the Caps. For the 35th time in 37 years and for the 13th consecutive year, the Caps do not advance out of the second round. Seven years into the Alex Ovechkin Era, the Caps have won three playoff series, lost five. They are 24-27 in all games played and 2-4 in Games 7.

Not every year is the same, though, and in this team one sees a squad with more fight and more push than many of their predecessors. In many respects they resembled the teams of the late 1980’s and early 1990’s that had more grit that skill. And truth be told, once one gets past the Core Four, this is not an especially skilled team. But they fought hard with what they had available to them. This game was not their best effort, to be sure. It was arguably their worst game in that regard in this series. But that does not diminish too much the respect one should have for this team’s ability to take everything in stride and put forth a consistent level of effort from game to game.

We and others will have a lot to say about this season in the weeks to come, but for now, one can derive a certain level of satisfaction that this team got more out of what they had than perhaps any team since the 2008 team that lost to Philadelphia in the first round. In that respect they redeemed, in part, their season. Just as the early part of the season was on the players – the tuning out of Bruce Boudreau that resulted in his firing, the lackadaisical play that saw them sleepwalk through the much of the winter – so was the effort in these playoffs.

But second round exits are not the expected level of achievement for this team. In that respect, the Core Four came up short, and one has to wonder if this team is built to win a title and if the people doing the building are up to that challenge. That, however, is a discussion for another day. Tonight we lick our wounds as fans and congratulate the New York Rangers. They were the better team, if only by that “one percent” that Mike Knuble suggested after the game. They did it, as Frank Sinatra might say, “their way,” playing hard in three zones for 60 minutes, having their big players step up, and getting a superb goaltending performance from Henrik Lundqvist. They will move on to take on the New Jersey Devils.

We will start our summer, once more too early.
Posted by The Peerless at 12:57 AM 3 comments: