Well, maybe there is something Caps fans can be happy about this morning.  Colorado has dropped to 25th in the league standings and is only nine points ahead of Columbus (which actually has a better record in their last ten games than the Avalanche).  It makes for a "Smilin' George"... 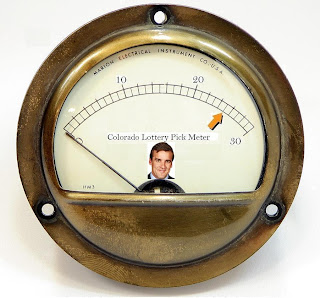 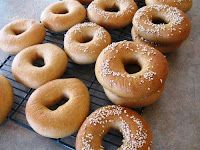 And this time, there aren’t cameras from HBO to record it.

The Washington Capitals lost their fifth game in six tries and seventh in their last ten (3-6-1) as the Winnipeg Jets skated off with a 4-1 decision last night at MTS Centre.

It started well enough for the Caps, encouragingly, in fact. Alexander Semin scored only his fourth goal of the season in the game’s fourth minute to give the Caps an early lead. Semin finished off a 3-on-2 rush by taking a Brooks Laich feed, faking a shot from the right wing circle to pull Jets goalie Ondrej Pavelec out of position, then snapping the puck high into the net from the bottom of the circle.

It didn’t last. Evander Kane got it back for the Jets four minutes later. As it has been much too often lately, an opponent just seemed to want it more than the Caps. In this case it was Alexander Burmistrov winning a battle for the puck, skating out with it from the corner with three Caps surrounding him. But Cody Eakin, Marcus Johansson, and John Carlson defended with their sticks instead of keeping their feet moving, and Burmistrov drove to the middle where he had room to find Evander Kane for the lay-up.

It was only a sign of things to come as the Jets exploded in the second period for three goals on seven shots in a space of 4:18 to put the game away. The Caps would manage ten shots on goal in the period after the Jets scored their fourth goal, but it was all for naught. Washington registered only seven shots in the last 20 minutes, and it was another unhappy ending.

-- Amazingly, the Caps are still on top in the Southeast and still in third place in the East. But they might be only days away from slipping out of the top-eight in the Eastern Conference. With 21 points they are now tied with Florida and Ottawa for the sixth, seventh, and eighth most points in the conference.

-- For the third time in four games, Mike Knuble did not record a shot on goal. He had only one attempt in almost 14 minutes of play.

-- The penalty killers had a bad game. In giving up five shorthanded situations the Caps went to 2-4-1 when allowing at least five. It was the first time they allowed two power play goals in a game since allowing two against Vancouver in a 7-4 loss on October 29th. The Caps had been 22-for-24 in seven games since the Vancouver loss (91.7 percent).

-- At the other end, the Caps wasted a 5-on-3 advantage that lasted 1:01 in the second period that could have gotten them back in the game. They had three shots on the 5-on-3 and none on the 59 seconds of the second penalty when the Caps had a 5-on-4 advantage.

-- The Caps were credited with only five blocked shots for the night, none by a forward. That seems low at first blush, but the Caps seemed to be sluggish most of the night. It isn’t far off if it is at all.

-- Alex Ovechkin had five shots on goal, but it was not as if they were all sparkling chances. Only one was inside 35 feet.

-- That makes six games in a row in which Alexander Semin has taken a minor penalty and 10 of his last 12.

-- So there they were…middle of the second period, down a goal, killing a penalty. Turning point – maybe if they kill this off, the Caps can tilt the ice the other way. And then…Jeff Halpern leading Brooks Laich on a two-on-none shorthanded break. Halpern has the puck…waits…waits…draws off Pavelec and slides the puck to Laich. He has nothing but net to shoot at and…misses. Winnipeg goes down the other end; Blake Wheeler walks around Roman Hamrlik to create what was effectively a two-on-one deep. Jeff Schultz holds off Evander Kane going to the net, but Wheeler walks in and stuffs it past Michal Neuvirth ten seconds after Laich’s miss. Game.

In the end, it was a strange game. The score will tell a tale that Winnipeg dominated, but the fact is, the Caps didn’t finish on the chances they had. Call it a lack of “puck luck,” or just not bearing down, but the Caps had Pavelec where they wanted him on several occasions and just didn’t seal the deal. The more disturbing outcome of this game is the defensive trend. One goal allowed against New Jersey, two against the Devils in the rematch, three against Nashville, and four against Winnipeg last night. None of these teams will remind anyone of the 1978 Canadiens. None of them might remind anyone of the current Canadiens in terms of their offese.

The Caps are now in a delicate place. They have not yet started dropping like a rock through the standings with that 3-6-1 record in their last ten because they banked a lot of points early, and only the Rangers and Boston are truly “hot” in the East, both recovering after slow starts. But the Caps are now only two points ahead of 12th place Montreal. Three teams “below” them in the standings have more points, including the team they will face on Saturday. And now, they head on the road to play that team on a big stage – Air Canada Centre in Toronto with a national television audience in Canada looking on. They do it squarely in a slump, playing indifferent hockey. The last time they faced this situation was on a cold night in New York City, and it ended as perhaps the ugliest game the Caps played all year.