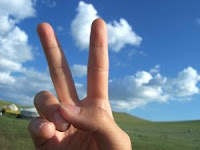 The Washington Capitals took the ice on Tuesday night with the aim of holding on to their slim lead in the Metropolitan Division.  To do that, they would have to beat the Dallas Stars, a team they had not defeated on home ice since November 2006.  That streak ended on this evening as the Caps scored a tie-breaking goal late to beat the Stars, 4-3.

The teams almost got out of the first period scoreless, but with Nicklas Backstrom in the penalty box, Tyler Seguin scored the game’s first goal.  Taking a pass in the left wing circle from Alexander Radulov, Seguin had an open lane in front of him.  He had time to step up and pick a hole, which he found, snapping a shot over goalie Braden Holtby’s left pad and under his catching glove on the far side to make it 1-0, 16:04 into the game.  That would be all the scoring in the opening 20 minutes.

The Caps had to kill off one power play that carried over into the second period, and then they had to kill another less than a minute after the first one expired.  They managed to keep Dallas from increasing their lead, and the penalty kills seemed to give the Caps a lift.  And sure enough, just after the second power play expired, Lars Eller cut across the crease to pick up a rebound, dropping off the puck for T.J. Oshie camped in front.  Oshie snapped the puck past goalie Kari Lehtonen’s glove on the short side, and it was tied, 1-1, 4:07 into the period.

And barely a minute after the Oshie tally, the Caps took their first lead of the contest.  A loose puck slid up the wall to Matt Niskanen at the right point.  Niskanen wasted no time sending a shot toward the Dallas net.  On the way through, the puck was deflected up by Dallas’ Greg Pateryn, and while Brett Connolly waved a high stick at the tumbling puck as it sailed by, he appeared to miss it.  So did Lehtonen, who could not adjust to the puck’s new trajectory, and Niskanen had a goal at the 5:32 mark.

The goals just kept coming after that.  Radulov got the Stars even again when he redirected a John Klingberg shot down and past Holtby’s glove 11:48 into the period.  Less than two minutes later, though, the Caps regained the lead on a power play.  T.J. Oshie won a faceoff to the left of Lehtonen.  The puck came back to John Carlson, who relayed it to Alex Ovechkin at the top of the left wing circle.  One one-timer later, and it was 3-2, 13:41 into the period.

Dallas tied the game again late in the period when Jamie Benn took advantage of a Lars Eller turnover in the neutral zone, scooped up the loose puck, muscled his way past Dmitry Orlov, and snapped a point-blank shot past Holtby’s blocker at the 18:15 mark to close the second period scoring.

The frantic back-and-forth of the second period gave way to a bit slower pace in the third, but John Carlson broke through for the Caps late in the frame with the teams skating 4-on-4.  Lars Eller served up a pass on a plate that Carlson blasted past Lehtonen from the right wing circle at the 15:01 mark to make it 4-3.  It would be the difference as the Caps skated off with their fifth win in six games overall and their fifth straight win on home ice.

-- When Tyler Seguin scored a power play goal in the first period it made five power play goals on 11 shots over three games against goalie Braden Holtby.

-- The teams combined for only 17 shot attempts in the first period (Dallas led in attempts, 9-8; Washington had the shots on goal advantage, 5-4).

-- The second period was a different story.  Both teams surpassed the combined shot attempt total in the first period, Dallas with 27 attempts and the Caps with 21.  Washington held a 16-13 edge in shots on goal.

-- The Caps broke a six-game home losing streak against the Stars, last having beaten them in Washington, 4-3, on November 30, 2006.  Until tonight, that was the last win in regulation they had anywhere against Dallas (they had two wins in Dallas in extra time in that span).

-- John Carlson had a goal and an assist, the goal being his 15th, inching him to within one of the league lead among defensemen (Calgary’s Dougie Hamilton has 16).  His two points allowed him to keep pace with John Klingberg atop the league points standings among defensemen (61 apiece), Klingberg recording two assists for Dallas.

-- Alex Ovechkin’s goal was his 44th of the season and 602nd career goal, passing Jari Kurri for 19th on the all-time list.  He added two assists for his tenth game this season with three of more points, tied with Connor McDavid for third-most in the league.  He also now has 81 points the ninth time in his career he topped the 80-point mark.

-- T.J. Oshie’s goal was his 16th of the season, but more important for the Caps at the moment, it was his fourth in four games after suffering a 19-game streak without one.

-- Holtby recovered nicely from the power play goal allowed in the first period.  The other two goals he allowed was a deflection and a breakaway off a turnover.  It won’t show up in his save percentage (24-for-27/.889), but he was solid.

It was not perfect, but for the result.  And frankly, against this team, which seems to have really had the Caps’ number over the last decade, that was more than enough.  The Caps concentrated their production (only five players had points, four of them with multi-point nights), but the energy was spread around well, evidenced by Wilson’s high shot total, John Carlson having six shot attempts, Lars Eller with four, and so on.  It was the right way to kick off a generous portion of the schedule, especially since the Caps now go on the road.  They might be facing weaker teams in Detroit, Montreal, and the New York Rangers, but winning on the road is never easy.  With that ahead of the Caps, this win against a frustrating opponent made for a satisfying evening.

Posted by The Peerless at 10:22 PM No comments: