Over at Japers' Rink, they do a daily feature called "The Noon Number."  And today's number is "34," which is the total number of times the Caps and Islanders, who face each other tonight, have scored the first goal in a game this season.  They rank 29th (Caps with 18) and 30th (Isles with 16) in the league in getting on the board first.  Given their respective lack of competency in getting that first goal, we posted the following over at the Rink as a potential scenario, and offer it up for your consideration...

Okposo…skates to wrong net, it’s been awhile since he did this

Hendricks…glides in, ready to shoot, and helmet falls in his eyes…whiffs

Martin…falls down at center ice out of nervousness, curls up in ball… “NO! I DON’T WANNA!!”

Jon Sim…uh, JON SIM!…(yell louder, he’s trying to hook up with a team in Europe)

Call is placed to Toronto….“can goalies participate in the shootout?” “Hey, why the $#@% not…can’t be worse than what we’re looking at up here.”

DiPietro…skates in, collapses…injures knee, hip, wrist, and fractures something called a “hyoid bone”

It’s 3:30 am…all the fans are gone. The Zamboni driver is gone. The arena manager is telling the referee he wants to turn out the lights. When, from somewhere on the main concourse, a player rushes down the steps, hops over the boards with no prodding, takes the puck, skates in, and SCORRRRRREEEESSSS!!! Who could it be?… 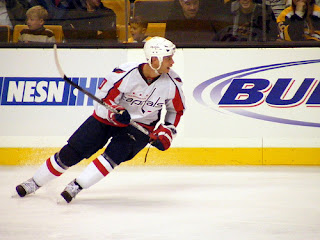 The Islanders complain that he is still listed on injured reserve. A call is put in to Toronto for a ruling. They left hours ago…goal stands, everyone goes home.
Posted by The Peerless at 12:55 PM 6 comments:

The Peerless Prognosticator is ON THE AIR!!! -- Caps at Islanders: January 20th

It’s the middle game of the three-game road trip for the Washington Capitals as they visit the Nassau Veterans Memorial Coliseum and the New York Islanders tonight. If the Caps are a nicked up bunch these days with both goalies and several skaters on or gingerly getting off the shelf, the Islanders are the aftermath of a disaster movie. At least six players on injured reserve and several others “questionable” for tonight’s contest. Only two Islanders have played in all 44 games to date – Matt Moulson and Zenon Konopka.

What could possibly account for such a rash of injuries on one team? To get to the bottom of that question we consulted one of hockey’s most esteemed commentators and curmudgeonly personalities, “The Coach”…Ron Berry.

OK…Peaches, what is it that causes a team to endure such a string of injuries as have befallen the Islanders this season?

“It’s the players. Who do you think is doing it? They have no respect.”

What do you mean?

“It’s like a play where the kid meant to hit him. He saw him, he didn't say he set him up, but he hit him. If you hit something, you look back, what did I hit? He knew he hit him.”

But Ron, is that all players? And do they have an ax to grind with the Islanders?

“Well, no. You don’t find good Canadian boys doing that sort of thing.”

So that narrows it down. But can you be more specific? Who is out there taking Islanders out of the lineup one by one.

“Well, I’m not going to name names, but there is one player in this league who has every other player’s head on a swivel looking for his next cheap head shot.” 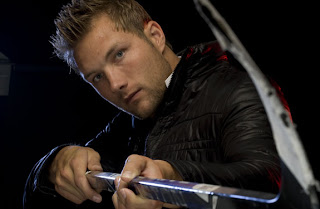 Uh, Ron?  The Caps have played only one game against the Islanders this season, and Dave Steckel only played 12 minutes.

He had one hit.

"Wiped out the whole bench."

You making this up as you go along?

It is unfortunate for the Islanders that their season started in October instead of on, say, Beethoven’s birthday (December 16th). You want to talk about your brutal starts. The Islanders actually got off to a promising start to the season, going 4-1-2 in their first seven games. Then they lost the rest of October (four games). That was merely prelude to a November that was almost lost in its entirety (1-7-3, the Isles “salvaging” the month with a win in their last game of the month). Even a coaching change in mid-month – Jack Capuano in for Scott Gordon – couldn’t reverse the trend. Then they started December with six more consecutive losses. All told, after their 4-1-2 start they went 1-17-3.

But starting on December 16th, with a 3-2 win over Anaheim, the Islanders are 9-5-2 over their last 16 games. Over those 16 games they scored 48 goals and allowed the same number. But they have managed to win the close ones, going 5-1-2 in one-goal decisions. Three of their five regulation losses over this stretch have come by at least three goals. The overall numbers look like this: 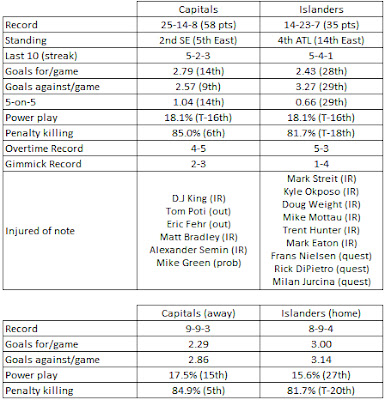 As for the two survivors on “Survivor: Uniondale,” Matt Moulson and Zenon Konopka represent two ends of the hockey style continuum. Moulson is second on the club in goals scored (14) and is fourth in total points (26). He is not the most physical of players, if you measure that sort of thing by penalty minutes. His 16 minutes ranks 15th on the team, and of his eight minors only a couple of high-sticking calls can be considered of the physical variety. He can be a pesky offensive player, especially at home where he has eight of his 14 goals in 21 games on friendly ice. He also shows up in close games, with eight of his 14 goals coming when the Isles are down a goal or tied. He might not have the glowing resume or upside of a John Tavares, but Moulson is a player who bears watching, although in five career games against the Caps he has only one goal (1-0-1).

Zenon Konopka is at the other end of the spectrum. He is not much of a scorer (1-5-6 in 44 games this season, seven goals in 157 career games), but he is physical. His 148 minutes in penalties leads the league, and his 14 fighting majors ranks second. Even his minors seem a bit major – two roughing calls, kneeing, cross-checking, boarding, and a pair of goalie interference penalties. Four misconducts and a game misconduct are the cherry on top of this sundae. He is also second on the team in both hits and blocked shots, and he is fifth in the NHL in faceoff winning percentage. He will do a lot of the dirty work so that the scorers can do what they do.

It probably says something that the Islanders’ leading scorer among defensemen is now playing for Montreal. James Wiesniewski was traded to the Canadiens on December 29th for a second-round pick in 2011 and a conditional fifth-round pick in 2012. That leaves Andy MacDonald as the Isles resident leading scorer from the blue line, and he doesn’t have a goal yet this season. All 14 points have come via helpers. No other defenseman has as many as ten points. Then again, no Islander defenseman has yet to play in 35 games this season, either.

Spreading playing time around hasn’t spared the goaltenders, either. New York has four goalies who have appeared in at least five games. One of them is now playing in Tampa Bay (Dwayne Roloson, who leads the Islanders still with 20 appearances). The Islanders have had an odd rotation of goalies so far this month. In the eight games played so far in January no goalie has recorded decisions in consecutive games. The rotation has been: Rick DiPietro, Nathan Lawson, Kevin Poulin, Lawson, Poulin, Lawson, DiPietro, Poulin. It hasn’t worked. In the eight games the Islanders allowed 30 goals (3.75/game).

No Islander player (here or having been traded away) has or recorded before leaving a “plus” number for the season. Grabner is the top forward in that regard (ten games minimum) with a minus-2. But he does have goals in each of his last two games, points in his last three, and he is plus-2 over his last four. He has seven of his 11 goals for the season in 19 home games. He has one career game against the Caps, in which he recorded an assist.

Chimera has two goals in his last 26 games, one in his last 11. But he does have four goals in nine career games against the Islanders. With Alexander Semin and Eric Fehr on the shelf, the secondary goal scoring has to come from somewhere, anywhere. He had six shots on goal in the 3-2 overtime loss to Philadelphia on Tuesday and has 25 shots on goal in his last 10 games. At least he’s getting pucks to the net. Now they have to go in.

1. Score first. Only one team has scored first in a game fewer times than the Caps (18) – the Islanders (16). If the Caps can’t score first against this team…

3. SCORE FIRST!!! The Caps have allowed the first goal in seven of eight games so far in the 2011 portion of the season. They are 3-2-3 in those games. Not awful, but not the kind of pace they will need to keep to ensure a playoff spot.

In the end, there are no sure things in life or the NHL. On paper, this is a mismatch. Then again, in the only meeting of these clubs so far this season the Caps eked out a 2-1 win when the Caps allowed the first goal (see a pattern?) then scored singles in the second and third periods to get the win. The Caps have gone 11 games without scoring more than three goals (5-2-4), and they have lost four of their last five games (1-2-2). Nothing is for certain…

…well, except for our prognostications.