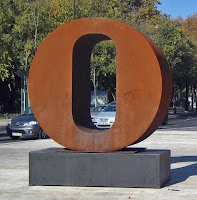 It wasn’t the best way to start a road trip, and there are some concerns, but it wasn’t as bad as all that, either. The Calgary Flames finally got their season started with a 2-1 in over the Caps last night that saw a reversal of fortune for the Caps in three respects.

First, there was the come-from behind nature of the win for the Flames (their first over Washington since 1999). Whereas that had been a specialty of the Caps so far this year (the Caps came from at least two goals behind in two of their three wins), the Flames spotted the Caps an early goal by Sergei Fedorov before taking the lead, which brings us to the second item…

The third point is reflected in Calgary’s better effort and result than they had realized in giving up an average of 4.4 goals a game in their first five contests. The Caps aren’t going to sneak up on anyone this year. Last year, Ovechkin was a known, but guys like Alexander Semin and Mike Green were curiosities. No more; Green and Semin (who had 16 points between them in six games) were held off the scoresheet entirely and managed a combined total of only three shots on goal in more than 50 minutes of combined ice time.

There really isn’t a scapegoat in this game (except the Caps' power play, more on that in a bit); it was merely a case of Calgary playing a very good game, and Miikka Kiprusoff finally playing like a guy who has averaged more than 40 wins a year the last three seasons (he was named first star of the night by the NHL).

We are getting to the point, though, where there might be concerns about Nicklas Backstrom. He finished so strong last year (5-14-19, +16 in his last 18 games) that it was reasonable to expect that he’d be a productive player out of the gate in his second season. He hasn’t been. Despite getting more than 19 minutes a night on the top line (he was moved to the second line last night), he has a total of one point (an assist) in six games, and his faceoff percentage (39.7 percent) is better than only six other players having taken at least 50 draws this year. It’s early, but the term that comes to mind is, “sophomore slump.”

One supposes that you could be critical of the goals the Caps allowed. On the first, Jose Theodore didn’t get a handle on the slap shot by Jarome Iginla, but let’s also remember that Iginla is an accomplished goal scorer, and we’ve seen Alex Ovechkin rifle pucks like that through goaltenders often. On the second, the Caps might have backed off a bit too much to allow the Flames to enter the zone with speed and numbers, Matthew Lombardi getting what amounted to a free look and shot at Theodore. All he had to do was pick a side.

But two goals allowed against any team is, on most nights, going to be good enough to get a win, and Theodore played plenty well enough in this one to give the Caps a chance. Kiprusoff was just better.

As for the other skaters, there is another bit of a problem. Two guys that the Caps have depended on to win draws and start the game of puck possession are struggling. David Steckel (one-for-six last night and 42.8 percent so far this year) and Boyd Gordon (four-of-nine last night and 50.0 percent) aren’t putting up the numbers yet that they did last year (56.3 and 55.8 percent, respectively).

Alex Ovechkin got off the schneid, points-wise, but his four games without a goal streak is his longest since last February. Guys don’t use wood sticks any more, for the most part, so the old idea that you can see sawdust dropping from the stick where it’s being held too tight doesn’t apply. We don’t know what the analogous substance might be for composite sticks, but we might be getting an idea watching Ovechkin these days. We have a feeling though, that before this road trip is done, this problem will be in his rear view mirror.

Tyler Sloan almost got a “call-up hat trick” of sorts – a big hit, a fight, and a blocked shot. Trouble was, after the big hit on Daymond Langkow, he was jumped by Rene Bourque, who was sent off for instigating, unsportsmanlike conduct, fighting, and ten-minute misconduct. People who sit that long generally have to buy a ticket for the privilege. Sloan wasn’t penalized.

What followed, though, was the single inexcusable part of the Caps performance. Despite having the rarest of creatures – the possibility of a full nine minute power play – the Caps mustered but three shots, none of which tested Kiprusoff to any large degree. There was the game, right there. With a chance to stand on the Flames’ throat, and after a highlight reel hit to earn that power play at that, the Caps let the Flames up and never really dominated play thereafter. As for that power play, the Caps are now one for their last 21 in power plays (4.8 percent), dating back to the Vancouver game.

This was an opportunity lost by the Caps – the Flames had not played well coming into this game. But perhaps the lesson learned here is that they won’t be going into many buildings this year having the home club giving less than their “A” effort. That should be kept in mind when heading to Phoenix on Thursday.
Posted by The Peerless at 7:09 AM 2 comments: