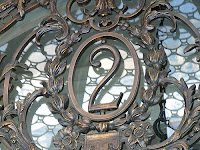 And the circle is complete.

The Caps finished their six-game road trip where they started it, at Bell Centre in Montreal. It was a happy ending to the tour, the Caps defeating the Montreal Canadiens, 2-0, behind 18 saves by Braden Holtby, and goals from Marco Sturm and Alexander Semin.

Sturm broke his personal scoring drought, potting a goal on his first shift of the game when he drove to the Montreal net and swatted a rebound of a Nicklas Backstrom shot past goalie Carey Price. It was his first goal with Washington in his 13th game with his new team and on his 22nd shot as a Cap.

That was it until Alexander Semin bought the Caps some insurance by converting a cross ice feed from Backstrom and roofing the puck over Price’s outstretched left pad with less than four minutes left.

In between, Braden Holtby stopped all 18 shots he faced to record his second NHL shutout and bring his record to 10-2-2 with the Caps.

And that was that…other stuff:

-- In football, field position is so important because it is difficult for an offense to move the ball 70 or 80 yards downfield without a turnover or having a mistake stall their momentum. So it is in hockey. If a team is always going to have to lug the puck up ice from deep in their own end it is hard to get the puck cleanly up ice on a consistent basis. And the Caps made moving the puck up ice difficult by forcing the Canadiens deep and clogging the neutral zone, preventing the home team from getting much in the way of forward momentum. It was a big factor in keeping the shot total down for Montreal. They had to work too hard just to gain the offensive zone and didn’t have enough offensive zone possession time.

-- The Caps played almost the perfect start to a road game. They outshot the Canadiens 10-1 and scored the first goal of the game in the first 9:50 (that Canadien shot coming from outside of 40 feet).

-- But the Caps could have iced the game early, having been the beneficiary of three power plays. They registered four shots on the three man-advantage opportunities without getting any past Carey Price.

-- Sturm and Semin got the goals, but Nicklas Backstrom had the primary assist on each, had seven shots on goal (tying a career high, set against Florida; January 29, 2010), and split 16 draws he took.

-- Every Cap had at least one shot on goal, except Matt Bradley and Jeff Schultz.

-- Part of that denial of territory game is being careful with the puck. The Caps won the turnover battle, getting 15 turnovers from Montreal (the Canadiens’ giveaways plus Caps takeaways) to seven of their own.

-- Brooks Laich led all forwards in shorthanded ice time, and he did a superb job in that role last night. He also won 11 of 17 draws, including all five he took in the offensive zone.

-- On the other side of the ice, the Caps allowed two or fewer goals in four of the six games of the six-game road trip.

-- Getting slapped around by the Rangers seems to give the Caps a wake-up call. After losing to the Blueshirts, 7-0, in December they went on a 6-1-3 run. Since getting whacked, 6-0, in late February the Caps are 12-2-0.

-- Holtby’s win makes it three Caps goalies with at least ten wins (Michal Neuvirth, 24; Semyon Varlamov, 10; Holtby, 10). No, it’s not a record. It is not even unique to this season. Tampa Bay has three goalies with more than 10 wins (Dwayne Roloson, Dan Ellis, Mike Smith). But Roloson is about as old as Holtby and Varlamov combined, there is that.

-- The Caps were 35-30 on draws, but going 15-10 in the defensive zone helped take the heat off Braden Holtby, too. No Cap had a losing percentage on defensive zone draws.

-- The Caps were 2-for-5 on the power play in Montreal in the first game of this road trip. After going 0-for-4 last night the Caps finished the last five games of the trip 1-for-13.

-- On the other hand, killing off all three Montreal chances tonight left the penalty killers 17-for-18 on the six-game trip.

In the end, it was a successful road trip, even with the egg the Caps laid in Ottawa. Going 4-2-0, allowing only 11 goals, and getting two shutouts has to qualify as a success, especially since the Caps missed Alex Ovechkin for the last three games of the trip, two of which the Caps won. Last night’s win gives the Caps 22 wins on the road this season (tying this club for second place in the franchise’s record book for road wins) to match the 22 wins they have at home. And home is where the Caps are headed, perhaps to end the Carolina Hurricanes’ faint playoff hopes on Tuesday.
Posted by The Peerless at 11:58 PM No comments: 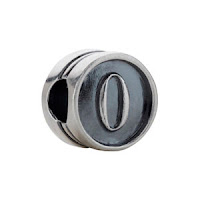 As the season winds down, you would not think the Caps would have it in them to be setting any team records. After last night’s 2-0 loss to the Ottawa Senators, two club records are in sight, one good, one bad.

We’ll get the good out of the way first. In giving up only two goals the Caps kept their season scoring by opponents to 2.36 goals per game. Keeping up that pace will earn the Caps the top spot in club history for fewest goals allowed in a full season.

But even that thought is tainted a bit by how the Caps got there last night. Semyon Varlamov returned to the ice for the first time since February 20th, and for the most part played as if he had not missed a beat. He stopped the first 16 shots he faced and might have stopped the 17th, too. Colin Greening was credited with a goal after appearing to kick the puck with his left boot, that drive stopped by Varlamov’s left pad – but not frozen – and the puck then ricocheting back off Greening and into the goal. After a lengthy review the goal was allowed to stand.

The second goal…well, that’s on Varlamov, or perhaps a few lingering flakes of rust on his game. He looked to be taking his time to return to the net after stopping a puck sliding around the end boards and leaving it for Karl Alzner. Alzner tried to clear the puck out of the zone, but sent it forward but onto the stick of Milan Michalek, who backhanded a pass to Erik Condra. Condra did his best imitation of Peter Bondra and wristed a shot through Varlamov, who looked to be slow getting into position to defend the shot.

And that was all Senator goalie Craig Anderson needed. Playing his second game in two nights, Anderson stopped all 31 shots from Capital sticks to record his second shutout of the season and first since recording one in his first game as a Senator against Toronto in February.

-- One might be inclined to say the game turned on a lucky bounce. Nope. This was a “performance” loss. The Caps sleepwalked their way through the first two periods, getting 19 shots on goal (few of much consequence or threat) and playing an extremely passive game in which they could not get or keep pucks deep. Twelve third period shots made the shot meter look good, but it was a futile effort at catch-up from a two-goal deficit as opposed to a concerted offensive effort.

-- And now, about that second club record in sight. Only the Toronto Maple Leafs have been shut out more often this season than the ten times the Caps have been shut out. The club record of 12 is in sight, a record set in the club’s inaugural season in 1974-1975, a season in which the Caps won only eight games. As it is, this club sits in third place for most times shut out (second place held by the 1998-1999 team – a team that missed 511 man-games to injury – with 11).

-- Mike Knuble’s consecutive three-point game streak came to an end with a thud (ok, it was two games). No shots on goal, only one shot attempt, and an otherwise blank score sheet.

-- If it could be said in a game like this, Brooks Laich gets the coupon for the score sheet buffet – seven shots on goal (ten attempts), three hits, a blocked shot, and one faceoff taken.

-- Rule 41.1 says… “A boarding penalty shall be imposed on any player who checks an opponent in such a manner that causes the opponent to be thrown violently in the boards.” Apparently, stumbling falls into the “thrown violently” category.

-- At least Marco Sturm is back to shooting the puck. He is still looking for his first goal as a Cap, but after posting no shots on goal in either of his two previous games managed four on goal last night.

-- And as for shots, the Caps got them from the guys who have to take them in the absence of Alex Ovechkin, Mike Green, and Jason Arnott. Nicklas Backstrom, Brooks Laich, and Alexander Semin combined for almost half of the Caps 31 shots (15 combined). But there wasn’t much follow up, and Anderson was too sharp to have many of the “good look” shots squirt past him.

In the end, there had to be another stinker in here somewhere, and this was the candidate game that leaped off the page. And, it was – a stinker that is. One can look at it as a glass-half-full/glass-half-empty thing. On one hand, it was only the Caps’ third loss in their last 14 games. On the other, they have now split their last four games (2-2-0) and scored only nine goals in the process. Whether the Caps fill that glass a little more or drain it with another loss to end the road trip, well… that makes this evening’s game against Montreal – a potential playoff opponent – more important in the big picture than this game.
Posted by The Peerless at 8:57 AM No comments: