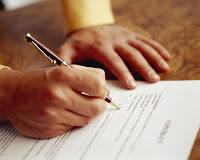 So… he stayed out west after all.

Willie Mitchell signed with Los Angeles. A two year deal for $7 million (capgeek.com). Think that’s a price the Caps should have paid? That’s a tough one. And it isn’t even the second year that’s the issue (that essentially replaces Tom Poti’s cap hit). It’s the first year. A $3.5 million cap hit in the first year puts the Caps at $58.45 million with one roster spot to fill (using capgeek.com’s cap calculator, including Mathieu Perreault, and taking off Tyler Sloan).

If Marcus Johansson makes the squad, the Caps are less than $100,000 from the cap, and this does not include the compensation for Eric Belanger, widely reported to have signed a $1.875 million deal. You could then argue that the Caps would make another move (they would have to make some move), perhaps Tomas Fleischmann’s $2.6 million contract. Making those moves puts the Caps at $58.62 million, about $777,000 under the cap (note: Karl Alzner has $850,000 in bonuses included in these calculations), and this does not account for whatever return might come for Fleischmann.  And this doesn't include whatever premium the Caps might have had to pay above $3.5 million a year to convince Mitchell to come east.

Now ask yourself, is $777,000 enough flexibility for the club going forward this year? It’s just hard to make that first year’s set of numbers work for Mitchell, given the deal he accepted, not to mention the risk the club assumes in light of Mitchell's coming off a serious injury. You could say, “well just move John Erskine ($1.25 million)…or just move David Steckel ($1.1 million).” We’re leery of any sentence involving a personnel move that includes the word “just,” as if one could snap one’s fingers and rid themselves of a problematic contract. Professional managers in sports franchises are paid to make these kinds of moves, but we don’t think for a moment that it is as easy as all that, given that there are two parties to every transaction.

There will be a lot of wailing about how the Caps (again!) were asleep at the switch as another club improved itself with a player that would have been a good fit (on paper) with the Capitals. And to tell the truth, there is a little voice in our head saying just that. But as much as we like the idea of adding a veteran defenseman (and Mitchell brings elements lacking on the Caps’ blueline), every deal has to be looked at in the context of the salary cap.
Posted by The Peerless at 6:32 AM 13 comments: