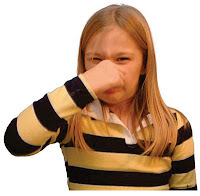 You see that smoldering pile of ashes in the corner?

That would be the game film of this one, burned into a heap.

A screen (Jason Williams setting up to deflect a drive out of mid air), a scrum (three Blackhawks crashing the net on a power play, Jonathan Toews stuffing the puck in), and a scream (a rocket from Yanic Perreault over Olaf Kolzig’s glove), and the competitive portion of the evening was over barely nine minutes into the game.

And that was that…the rest is details. Details not really worth chewing again, except to say that there was nothing good to say about anyone in this one…