Bedtime Snacks... And the Dreams They Beget

Ugh...
Really, no more anchovy and pineapple pizzas before bed, especially after looking up and down the draft results... 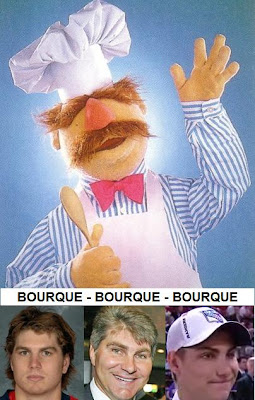 But then again, I had slept in just a little while longer, I might have had this one dreaming about recent Capitals drafts... 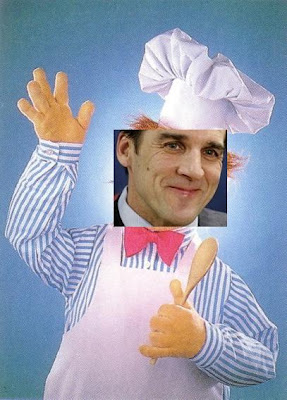 Looking Back at a Six Pack of Drafts...To Look Forward

So… the Caps have added seven players to their stable in the 2009 draft, and for a team that relies as heavily on the draft as the Caps purport to do, it’s time to take a moment and look at what this draft -- and those preceding it -- will yield.

We use the future tense there, because we’re thinking about five years from now, when the kids selected yesterday will be the men making contributions. Five years from now, we will be looking forward to the 2014-2015 season, and we could be looking at a Caps team that employs a lot of draftees. That would be the hope, anyway. So, if we look at the past half-dozen drafts, starting with the haul of talent picked in 2004, we would have the following first and second round picks (with a couple of lower picks sprinkled in) playing regularly (or occasionally) for the Caps…

Yes, that makes 30 players. But then again, not all will be here – some could leave hockey (or the NHL), others might be traded, some might be stuck (so to speak) in the minors, and there are those who could leave for free agency. The point is that the Caps have embarked on a path, and they have walked it resolutely. But there are holes, too. Even adding Fehr, Fleischmann, Laich, and Semin to the list, it seems light (or at least uncertain in depth) in skill wingers. There are considerable question marks at center, despite Anton Gustafsson’s pedigree and Capitals management’s ebullient commentary on Marcus Johansson.

The Caps have a core – winger (Ovechkin), center (Backstrom), defenseman (Green), and – we hope – goaltender (Varlamov/Neuvirth). The draft can fill in around that; it is the conveyor that will keep feeding talent (if the scouting department does its job) for years to come. But like George McPhee said with respect to the other legs of the player personnel triad…

"There wasn't a lot of [trade talk] that went on here. There may be more of that next week and closer to camp. We're not going to force anything. The season doesn't start until October… We've got guys internally who can do it. We'll just see what's out there. If there's a player out there that can help our club, we'll be interested. Just don't expect us to go out and commit to a big or long-term deal in free agency. We've seen that movie before."

The trick -- when you depend on the draft for skill -- is using trades and free agency to fill in the holes, to find the role players, to find those spark plugs that can ignite a long Stanley Cup run.

The draft part looks – on paper – pretty strong, and that will feed the core as time goes by (again, we hope). But it seems there is work to be done over the next 15 weeks or so until that opening night in October. The fun is just beginning.
Posted by The Peerless at 9:21 AM No comments: