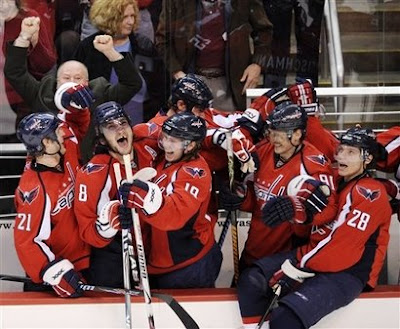 Email ThisBlogThis!Share to TwitterShare to FacebookShare to Pinterest
Labels: playoffs, things that make you go 'hmm...'

The Peerless Prognosticator is ON THE AIR!!! -- Eastern Conference Quarterfinals Game 7: Caps vs. Rangers

It’s Game 7 for all the marbles, the whole enchildada, the whole shootin’ match, there is no tomorrow, it’s do or die, fish or cut bait, live or die, and for these teams, it might be all about pressure and who can handle it best. If you’re New York Rangers coach John Tortorella, you’re planting the seed today that all of the pressure is now on the Capitals, they being the favorite in this series to begin with. According to Torto—

“Dat guy, hiss name zounds like zum kind of zalad I get mitt my dinner – weinerschnitzel mitt die Tortorella on ze side.”

Still, about the pressure on these teams.

“Ja, ja…pressure. Let me tell you about pressure. Ze scientific pr-r-r-roperties of pressure are qvite zimple, really. Let me zhow you…" 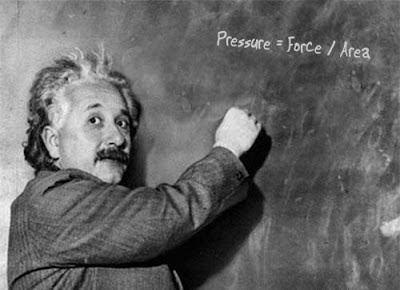 And zat…I mean, that would be?

“You tell me, schmarty pents.”

You mean the hockey game.

You mean the fact that he has a goal in each of his last three games.

Not since college, Prof.

“OK, now…vee contr-r-r-ol for ze Ovechkin factor, but vee heff not accounted for all ze variables on pressure. Vutt are vee missink?”

“Ah, you remember zat for every action, zere iss a reaction, ja?”

I seem to remember that…

And he has more goals than Ovechkin in this series.

Can’t argue with that. But what about the other side of the rink? The Rangers haven’t ever lost a series in which they led three games to one. Is there any pressure on that side of the rink?

And there is, I suppose, some mathematical formula to show that?

What about Henrik Lundqvist? He was dominating early in the series, but he has been somewhat less than that in Games Five and Six. What sort of pressure is on him?

But seriously, we hear that Lundqvist won’t have three bad games in a row. Anything to that?

“Vell, it’s not eggscakly unheard of. Earlier ziss year, he had three conzeckutiff games in which he allowed four or more goals.”

That would be December 23rd to December 29th, against the Caps, Devils, and Islanders, in which he allowed four, four, and five goals.

“Ja, and zeen zere iss zat real schinker of a run he had in early Dezember…”

Six, three, and eight goals allowed in consecutive games to Montreal, Calgary, and the Devils. He’s never done it in a playoff series, though.

“Ja, und until he allowed nine goals in two games against the Caps in 80 minutes, he hedd not allowed more than three goals in conzeckutiff games in ze playoffs, either.”

Thanks, Prof. I take it then, that there is more pressure on Lundqvist in this game?

You mean six goals in their last five games…

“Ja, zat compunds ze problem for Lundqvist. Not only has he allowed zo many goals, but now, the Rangers heff to be sinking zat Lundqvist hess to…how do you say it?”

“Eggsackly! Pitch a shutout to vinn.”

And with the opposing forces of the constant of Ovechkin and the variable of Semin that would argue for some production in this game.

“It schpells ‘doom’ for ze Rangers.”

Nothing is guaranteed. All the Capitals have done in forcing a Game 7 is give themselves a chance to win a series they should, in fact, win. But the whole notion of pressure is, to our way of thinking, a product of sportwriters, fans, and Tony Kornheiser.

Players have dreamt about such moments since they were kids – Canadian boys on a pond dreaming it was Game 7 of a playoff game, and the puck is on their stick. European kids dreaming of perhaps making the big save to win an Olympic gold medal or World Championship. A youngster in New England with thoughts of stuffing home a rebound in the last second of a championship game.

Frankly, we’re thinking that fans are feeling more pressure than the players are.

For the players, it’s just a matter of going out to, as the late Herb Brooks put it, “play your game.” If both teams do that, the talent and the momentum are tilted steeply to the Capitals’ end of the ice. In a one-game playoff, a goalie – either goalie – could be an outsized factor. But the Capitals are deeper, more talented, on a roll. And the other goalie has had his struggles lately. 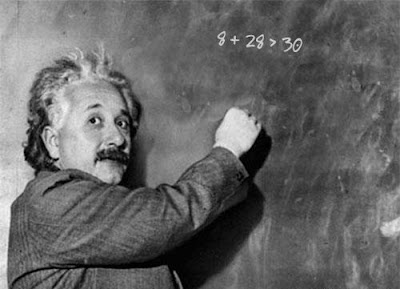