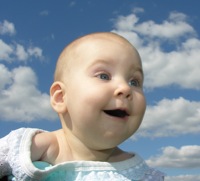 The Washington Capitals slammed the door early on any chance for the New York Rangers to establish momentum and closed out their opening round series with a 3-1 win at Verizon Center, winning the series four games to one.

The Caps imposed their will early when Marcus Johansson drew a tripping penalty on Ranger defenseman Bryan McCabe at 5:42 of the first period. Less than 20 seconds later it was a case of the Capitals doing what they needed to do – going to the net. Although the faceoff after the penalty call was won by the Rangers, the Rangers could not move the puck out of the zone. Alexander Semin, of all people, threw a hit on Brandon Dubinsky that kept the Rangers from getting control, the puck sliding out to Alex Ovechkin at the left point. Ovechkin moved the puck to Mike Green, who fired from the right point. The puck pinballed around in front of goalie Henrik Lundqvist and came back out to Ovechkin. The Caps forward faked a slap shot and slid the puck to Green creeping down the weak side. Green fired, but Lundqvist got across in time to stop the first drive. The rebound was lost in the maze of red and white jerseys in front of Lundqvist, giving Green enough of an opening to jump in and push the puck through Lundqvist for the score, the first goal scored in the first period in this series.

The score held up until the 7:04 mark in the second when Jeff Schultz and Nicklas Backstrom double-teamed Dubinsky in the corner in the Capitals’ end of the ice. Backstrom eventually came out with the puck, easing it up to Brooks Laich, who backhanded it up to Scott Hannan. The Caps defenseman spotted Alex Ovechkin streaking down the right side. Hannan’s pass found Ovechkin in stride at the red line, and Marc Staal was the only defender back for the Blueshirts. Ovechkin took the puck wide on the right side, lowered his shoulder, and curled to the crease. He showed Lundqvist a forehand as Staal was desperately trying to tie him up, but Ovechkin had position and leverage on Staal, enough to be able to pull the puck to his backhand and stuff it just inside the far post to give the Caps a 2-0 lead.

Whatever dim chance the Rangers had to get themselves back into the game in the third period was snuffed out when Jeff Schultz worked the puck back around the Caps net past Ranger Wojtek Wolski to Scott Hannan. Hannan moved the puck up the left side to Marco Sturm, who one-handed it out of the zone. Marcus Johansson collected the puck and started up ice with the Rangers caught on a 2-on-1 disadvantage. Johansson held the puck until he was at the top of the left wing circle. Then he chipped a saucer pass past the lone defender – Marc Staal, who was at the end of a long shift (57 seconds) – to Alexander Semin coming down the right side. As the puck landed, Semin’s blade found it, lifting the puck through Lundqvist to give the Caps some added insurance.

Wojtek Wolski spoiled the shutout, banging home a rebound past goalie Michal Neuvirth with 31.5 seconds left for the final score, but it was merely window dressing on a day where the Caps dominated and slammed the door on the Rangers.

-- Folks will ooh and ahh about the Ovechkin goal, and well they should. But it also should be noted that Marc Staal was gassed, skating what would end up being a 1:06 shift that ended in that goal.

-- As the series went on, the Rangers found themselves less and less able to contend with the Caps’ speed. Marcus Johansson – and hasn’t he come a long way this season – was especially adept at using his speed to created time and space to make plays, and it worked one more time yesterday by backing off Staal to give him the opportunity to find Semin for the third goal.

-- The two points for Ovechkin lifted him into a tie for fifth in points in the post season. Curious thing…of the top eight scorers on the NHL.com listings, none are in “plus” territory.

-- Two defensemen who gave their all. Mike Green gets the Caps off and running by being persistent in following up a shot, then taking one off the noggin at 13:49 of the first period that sent him to the dressing room for some quiet time. He made it back to the bench in the third period and might have played, had he been needed. Fortunately, he wasn’t. And on the other side, Dan Girardi, who took a shot off his hand that dislocated a finger above the knuckle, and he took another shot off his ankle that would require X-rays after the game. He also was cut by teammate Chris Drury’s stick after a scrum following Green’s goal that required stitches. John Tortorella said of him later, "No one talked about him and he was our best defenseman the whole series.” Amen to that.

-- Someone should have given Brooks Laich a pre-game meal, that is, if you are listening to Sean Avery. The Rangers’ pest said Laich bit him in the second period.

-- The Caps were not going to go quietly. They sent 36 shot attempts at Henrik Lundqvist in the first period. Thirteen on goal, 13 blocked, and ten misses. Think about that…36 shot attempt in 20 minutes…a shot attempt every 33 seconds. Mr. Corsi and Mr. Fenwick had to be smiling.

-- Marian Gaborik gets the Semin Award for futility in this series (named for the Capital who went 0-for-44 in shots in last year’s playoffs). Gaborik went 1-for-20 in shooting in this series, including 0-for-5 yesterday.

-- Then again, maybe it goes to Brian Boyle. He led the Rangers in shots on goal with 25 (and was arguably their most dangerous offensive player in this series) and failed to convert any of them.

-- The Young Guns put together their games yesterday…Ovechkin with a goal, an assist, plus-1, four shots, ten shot attempts, and three hits…Mike Green with the first goal, a hit, and a blocked shot in 5:36 before getting hurt… Alexander Semin with the cherry on the sundae late and three hits. But while Nicklas Backstrom did not have a point, he might have had his best game of the series. Two blocked shots, seven wins in 13 draws, and he was a maestro in moving the puck short distances under pressure to an open teammate to get the puck out of trouble.

-- In fact, short passes were the key to the day. The Caps were clicking on those little 8-10 foot passes in their own end to foil the Ranger forecheck and get the puck to a teammate with more time and space to move the puck up and out of the Caps’ zone.

-- Brooks Laich had a quietly productive series with four assists in five games and 55.1 percent wins in the circle.

-- Boyd Gordon didn’t have a point in this series, but he was big when and where it mattered… an incredible 69.1 percent wins on faceoffs, and he was on the ice for a grand total of one Ranger goal (his not being on the ice for any Caps goals is why he is a minus-1).

-- 207… the number of blocked shots the two teams combined for in this series, the Caps with 104, the Rangers with 103. They are one-two in the league rankings.

-- A key in this series… the Rangers were impotent at five-on-five. Six goals in five games (second fewest, with only Phoenix – in one less game – scoring fewer).

-- What do Marco Sturm, Jeff Schultz, and Alexander Semin have in common? None were on the ice for any goals against in this series.

-- Give Chris Drury credit. He probably came back too early from his knee injury. If his time on ice and faceoffs are considered, it was probably the only reason he was out there. In 6:49 of ice time yesterday, he took 12 draws. In 53 minutes and change of total ice time in the series he took 70 faceoffs (and won 44 of them for a 62.9 percent winning percentage). Seventy faceoffs on 101 shifts. He deserves credit for doing what he was able to do.

-- And no Ranger deserves more credit than Henrik Lundqvist. One cannot help watching him and thinking of the Caps’ Olaf Kolzig, a goaltender on whose shoulders his team’s fortunes often rested, but not quite able to do just about everything by himself. Lundqvist was the Rangers’ hope in this series, and while he played well, he was not perfect (or even “Neuvirthian”). The Rangers will be better – they have a decent core of young players – but one wonders if Lundqvist will be. He is in his prime, but he keeps coming up short in the playoffs (15-20 career record). His teams just don’t seem to have enough punch to give him relief. In that respect he is very much like Kolzig, although the two were/are very different goaltenders in style. Lundqvist seems, like Kolzig, to be a class act who takes losing every bit as hard as did the former Caps netminder. Even if he wears Ranger colors, he is the kind of player you root for. You get the feeling he deserves better than he has gotten in terms of support and wonder if he ever will get it in his future.

In the end, the Rangers just did not have the horsepower to compete with the Caps. It wasn’t just talent, which Coach John Tortorella acknowledged wasn’t “there yet” in comparison to the Caps. The Caps beat the Rangers as much with speed as with talent. The Rangers just could not counter the Caps’ advantage in speed with their own ability to forecheck and control pucks below the opponent’s goal line. The Caps used equal parts deft passing and leg speed (watching the Rangers trying to contend with Jason Chimera and Marcus Johansson was almost painful to watch) to break the Rangers’ ability to control the offensive zone.

And now it just gets harder. The Rangers posed problems for the Capitals in terms of their work ethic and ability to pin teams in their own end. But the Caps solved those problems by matching the Rangers’ compete level and using their superior talent to move pucks out of danger. But one problem the Rangers did not pose was offering much by way of explosive offense, especially with the cold streak that plagued Marian Gaborik. The teams the Caps could face in round two – Montreal, Pittsburgh, Buffalo, or Tampa Bay – could pose greater challenges for the defense. But the Caps have passed their first quarter test in this tournament, and given the team’s history is no small feat, especially in the quick fashion it was done. So good on them, and rest up. Let the other guys play six and seven game series. You’ve got four under your belt.