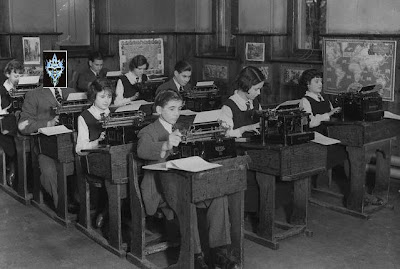 It’s that time of the year. In the NFL, clubs are winding down their respective training camps and settling into their weekly routines that will carry them into and through the regular season. But for hockey fans, it’s just beginning. In less than a month clubs will be gathering at their own respective training sites for training camp and the preseason that announces a return of NHL hockey to the sports landscape.

It is no different for those among us who scribble about hockey. And just like the on-ice warriors who will be going through their drills and routines next month, so shall we. In fact, the cousins and yours truly are embarking on Blogger Camp 2010 this very week…

Before taking the ice or sitting behind the keyboard, we have to make sure that we have the physical wherewithal to tackle the rigors of the season ahead. First up…a visit to the team doctor.


“Team doctor?”
Fearless signed up for one of those online schools.

Then there is the testing of reflexes. No, we don’t mean that nonsense doctors engage in by applying a hammer to your kneecap. We mean the instant reflex bloggers need to have when waxing with righteous (as if there is any other kind) indignation. Fearless is taking his tests right now…


“A pox on the game, a know-nothing Commissioner who has presided over an era when hockey has seen its status as a top-four sport diminish, whose biggest accomplishment is putting teams in south Florida that no one bothers to show up to watch…”

Too slow, not enough indignation. How about you, Cheerless. "Gary Bettman…"

They say you can’t teach speed. In football training camp, players are timed in the 40-yard dash. Bloggers have to be quick off the mark, too, for they are not unlike mainstream media types in one important respect, and that means getting the story out as fast and as accurately as possible... well, fast anyhow.  And that means having fast fingers. Cheerless, however is having trouble with the drill…

“eKlundsuck…EkLundsux…EklundSuks…EkluandSucks…”
Quick he is, but he’s about as accurate as a Willie Mitchell slap shot.

A large part of football is the ability to move large men with malice in their hearts to places they don’t want to go. Strength is a key ingredient for the successful football player. It isn’t much different with blogging. The modern blogger (as opposed to the one, say, a year ago) has to be proficient on any number of devices – laptop, netbook, smart phone, iPad, you name it. It could be a lot of equipment to haul around, and the blogger needs to be in tip-top shape to be at the top of his game during the season. Cheerless is trying his hand at managing his gear…


“Then why don’t you call a “mePhone?”
Because it’s an iPhone.

“Can’t I just use a pencil and paper?”
It’s going to be an interesting training camp…
Posted by The Peerless at 9:10 PM 1 comment: