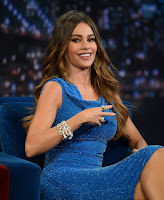 The Washington Capitals defeated the Edmonton Oilers, 7-4, on Friday night, a game that called back memories of 1980’s shootouts.  You can read our recap of the contest over at Japers’ Rink, but we had a few more thoughts on the game…

-- This was the first time in six tries since the 2005-2006 lockout that the Caps were perfect in their western Canada road trip against the Calgary Flames, Edmonton Oilers, and Vancouver Canucks.  The previous results were:

-- With two assists, Ovechkin broke a 29-game streak not having a multi-assist game.

-- The Caps have won every game in which they scored, a perfect 6-for-6. Montreal is only other team that can say that at the moment.

-- John Carlson happens to be one of the players with whom Kuznetsov is tied with in assists.  H leads all NHL defensemen in points (2-8-10).

-- The six power plays allowed by the Caps to the Oilers is their high for the season.

-- Washington is now the top scoring offense in the league at 4.14 goals per game.

-- Here is an odd fact.  This is the second straight time and third in the last four instances in which the Capitals scored seven goals, and Alex Ovechkin did not have any of them.  Before this game, the Caps beat the Philadelphia Flyers, 7-0, on November 1, 2013, without Ovechkin recording a goal, and they beat the Detroit Red Wings, 7-1, on November 22, 2011, without Ovechkin lighting the lamp.  In between, the Caps beat the Florida Panthers on March 7, 2013, by a 7-1 margin with Ovechkin scoring a power play goal.

-- This was the first time Philipp Grubauer allowed four or more goals in a road game since he allowed five in a 5-2 loss on Long Island to the New York Islanders on March 9, 2013.  Granted, he only played in nine road games since that Islander loss before this game.

Three games in the west against three different kinds of teams; it could have gone poorly.  Instead, the Caps are coming home on top of the Metropolitan Division (6-1-0) and second to the still unbeaten Montreal Canadiens in the Eastern Conference.  In their three-game road trip, the Caps displayed a deep and prolific offense.  They recorded 12 multi-point games from eight different players: Alex Ovechkin (2), Justin Williams (2), Nicklas Backstrom (2), Evgeny Kuznetsov (2), Jay Beagle, Andre Burakovsky, John Carlson, and T.J. Oshie.  At the moment, this team can win in different ways and with many players capable of contributing.  It is a formidable mix.
Posted by The Peerless at 1:11 AM No comments: