Capitals vs. Flyers: Takeaways and Throwaways from Game 2 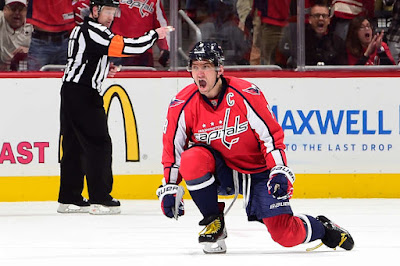 With two games of their first-round playoff series in the books, the Washington Capitals have a 2-0 lead on the Philadelphia Flyers.    What are the takeaways and throwaways from Game 2?

Throwaways…
Now the teams head to Philadelphia.  Caps fans will be hoping that the team returns with a series win in their luggage.

Photo: Patrick McDermott/NHLI via Getty Images
Posted by The Peerless at 9:21 AM No comments: