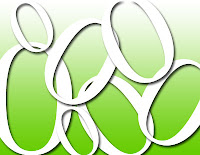 “This game could have been a catapult to shoot us off in the second half. Instead we’re back chasing again. The lack of success on the road, it’s not acceptable.”

There is so much there to chew on, but there is still the matter of the bitter taste left in one’s mouth after having swallowed that 4-2 loss in south Florida last night. After closing the pre-All Star portion of the season with points in three straight games (1-0-2), two of them coming against top-end teams in Pittsburgh and Boston, the Caps laid an egg last night with the lead in the Southeast Division on the line.

Given how the game started, it probably is not very surprising. The Caps started by topping ten shots in a period in an all-too-rare occasion of it, recording 11 shots on Panther goalie Scott Clemmensen in the first period. But only one of them came in the last 8:22 of the period – a 103-footer by John Carlson as the period was expiring. Meanwhile, Florida was recording seven of the 15 shots they had for the period in that last 8:22. The period ended scoreless, but one had a feeling that this game was going to go like so many over the last couple of months – no offense, rely on your goaltender.

Well, goaltender Michal Neuvirth let his teammates down in the first minute of the second period when he got caught in the hockey equivalent of the old baseball fake pickoff move when a pitcher fakes a pickoff to third base, then spins to try to pick a napping runner off first. Hockey’s version is the fake rim-around play where an opponent carrying the puck in the neutral zone gives the impression he is going to shoot the puck on a hard-around behind the defending team’s net. But then he whips a shot at net, hoping to get the goalie cheating to circle behind his own net to cut off the hard-around.

Mikael Samuelsson did just that, and did catch Neuvirth cheating to try to cut off the puck. Sameulsson fired shot across his body that went far side and rang the pipe before settling behind Neuvirth to give the Panthers the lead. The trick on that shot is not to fire it along the ice, where the goalie can still flash out a pad along the ice to block the puck. The shot came blocker-high, and Neuvirth could only try to lunge with his blocker to push the puck wide. He missed – clang! – Panthers 1, Caps 0.

The Caps got it back on a pretty goal by Brooks Laich, who stepped out from the left wing corner to give himself space, then snapped the puck over Clemmensen’s shoulder to tie the game midway through the second period. But after that… ugh. Samuelsson again on a wrister early in the third period that went through Laich trying to block the shot, then under Neuvirth’s right arm to give Florida the lead they would not relinquish. Stephen Weiss got his 13th of the season five minutes after Samuelsson to give the home team a 3-1 lead.

John Carlson got the Caps back within one with 2:21 left on an unassisted rocket of a shot. But it made for false hope. Shawn Matthias sealed it with an empty-netter with 53 seconds left to send Florida into first place in the Southeast and the Caps into ninth place in the Eastern Conference.

-- From the time the Caps recorded their ninth shot of the game at the 11:38 mark of the first period, they went almost 20 minutes and recorded only three shots on goal – the 103-footer from Carlson, a 51-footer from Mike Knuble, and a 28-footer from Laich. The fourth shot, which interrupted the string at 19:37 of ice time, was Laich’s goal.

-- If folks were holding out hope that the John Carlson goal late would jump-start the Caps to come back when down 3-2, the Caps had scored more than three goals in a road game only once in their past 11 games, and that came at Columbus against the dreadful Blue Jackets. Now, it’s one in 12 road games.

-- When Marcus Johansson – with a 43 percent winning mark on faceoffs this season – is your best man in the circle in the offensive end, it’s not going to be a good night for that sort of thing. Johansson was 3-for-6, but Brooks Liach was 1-for-4, and Mathieu Perreault was 1-for-3. At the other end, Laich was 1-for-8 in the defensive end, and Jeff Halpern was 1-for-3.

-- Meanwhile, Jeff Schultz took the ice for the first time since December 31st (that four-goal game in Columbus). 9:48 and nary a mark on his scoresheet. If the object was to keep things simple, he did. Fun fact…the Caps have won 15 times in the 28 games Schultz has played, 11 in the 22 games he has not.

-- With the Caps behind 3-1, they skated the last 4:05 having recorded one shot on goal – Carlson’s goal. They had only two other shot attempts – a shot by Marcus Johansson that was blocked and a 51-footer that Carlson sailed wide with 22 seconds left and the Caps down, 4-2.

-- Which brings us back to Laich's comment after the game.  The Caps are less "catapult" and more "cap gun."  Whether by the design of Dale Hunter's system or just a lack of talent, this team has been, and seems to be, incapable of generating any offense.  They are chasing because they fall behind and seem to get discouraged with themselves; they have no swagger whatsoever.  And as for the lack of success on the road, if it was "unacceptable," then why has it become almost a given for this team?  They have won consecutive road games only once since October 20th and not at all since December 15th.

In the end, there are some really unpleasant truths being revealed about the team in the absence of Alex Ovechkin, Nicklas Backstrom, and Mike Green. We preface them by saying that one can have little trouble with the play of Brooks Laich last night – a goal, four shots, five hits (although that 7-for-21 on draws sticks out). Or Roman Hamrlik, who had four blocked shots, every one of which looked wince-inducing. Or Matt Hendricks, who plays as if he is his own little Van de Graaff generator out there…eight hits in 17 minutes. But with all that said, if you look at this team without those three players in the lineup, there is but one uncomfortable truth that seems to have emerged.

They’re just not very good.
Posted by The Peerless at 6:50 AM 2 comments: