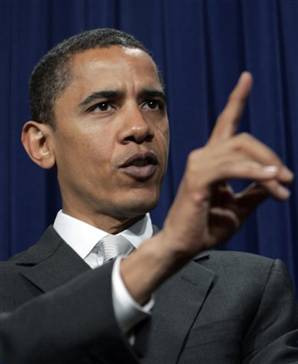 OK, baby step.  The Caps picked up a standings point last night – the last team in the NHL to do so – in a 3-2 overtime loss to the New Jersey Devils in Newark.

Whether one looks at it in the context of the three games that were played by the Caps before this one, or looking at this game on its own terms, this was a well-earned point.  Coming from two goals down with less than ten minutes left in regulation, on the road, against a team that has not yet allowed an even strength goal, with the top line doing little (again, although it was hard to identify a top line), the Caps scratched back to tie the game late to secure the point before falling in the extra session.

The game itself was rather even in the nature of its production in the regulation portion of the contest.  Both goaltenders gave up goals they might like to have back.  For the Caps, Michal Neuvirth looked square to a shot by Stephen Gionta off a fine feed by Jacob Josefson, but was not able to turn the puck aside as it sped past his right pad for the game's first goal.

On the other hand, there was Martin Brodeur looking like a piece of performance art (Flamingo in Goalie Pads) as a flutterer of a shot by Mike Green snuck under his right arm to tie the game with less than three minutes in regulation.

In between, the goalies allowed goals on shots that gave them no chance for a save, both coming on 5-on-3 power plays.  New Jersey capitalized first when a blast by Marek Zidlicky cuffed David Clarkson in front, adjusting the angle of the shot enough to prevent Neuvirth from being able to avoid a rebound with his pad save.  The puck ended up on the stick of Patrik Elias alone on Neuvirth’s left, and Elias buried the puck in the net before Neuvirth could recover.

With the score 2-0, in favor of the Devils midway through the third period, it was the Caps’ chance to expose the Devils on a 5-on-3, this time scoring as a result of fine passing that broke down the Devils’ defense deep.  It started from the right point when Mike Green corralled a failed clear by Brodeur along the wall.  Green walked out from there and spotted Joel Ward at the goal line extended to Brodeur’s right.  Ward received the pass, and as Brodeur worked his way over to cover the near post, Ward slid the puck just past Brodeur’s stick across the crease to Mike Ribeiro, standing alone at the bottom of the right wing faceoff circle.  Ribeiro snapped the puck just past the stick of a lunging Anton Volchenkov and into the net to halve the Devils’ lead before Green's game-tying goal.

But then there was overtime, and it was a case of their Russian converting and the Caps’ Russian not.  It turned out to be on the same play.  Alex Ovechkin was trying to carry the puck into the New Jersey end on a rush, but face-planted at the Devils’ blue line, giving up the puck.  With the open ice in a 4-on-4 overtime situation the Devils had clear ice to rush the puck up into the Caps’ end.  Kovalchuk started the game-winning play when he drop-passed the puck to Marek Zidlicky.  From there Zidlicky hit Patrick Elias with a pass at the left wing faceoff dot.  Elias tried to feed Andy Greene for a one-timer at the Caps’ door-step, but Greene whiffed on the feed.  The puck came back around to Zidlicky, who faked a shot and passed to Kovalchuk at the bottom of the left wing circle.  Neuvirth, perhaps anticipating the shot from Zidlicky, had no chance to recover and hug the near post, and Kovalchuk buried the puck behind Neuvirth for the win.

-  Speaking of special teams ice time, the Caps had 12:19 in eight power plays, of which they converted one, a 5-on-3 chance after the Devils were whistled for five minor penalties in the space of 5:13.  Three of those penalties were bench minors, two of them for too many men on the ice (the other for abuse of officials).  It was not necessarily a case of the Caps being good in converting a 5-on-3 as much as it was the Devils’ penalty killers being exhausted.

-  The Caps were outshot, 8-1, in overtime.  That is a lot, but five of those shots came on a power play (penalty to Mike Green for interference).  Mike Ribeiro had the only shot on goal for the Caps in the extra session.

-  Don’t know what to make of this.  Alex Ovechkin still leads the team in shots on goal with 13 (he had only two in this game, though), but defensemen Mike Green and John Carlson are next in line along with Wojtek Wolski with 12 apiece.

-  Eric Fehr got the Mathieu Perreault minutes in this one (Perreault being scratched).  One shot, one hit, one blocked shot.

-  About those two shots on goal for Ovechkin.  He had 10:28 in power play ice time, one shot on goal.  He simply has to find a way to manufacture more shots with that much opportunity.  But maybe it was some passive-aggressive thing.  He took his first shift at the 17-second mark on a line with Joey Crabb and Jay Beagle.  Now, you might say that any line with Ovechkin on it is the top line, but this isn’t the top line.

-  As a group the Caps had only five power play shots on goal.

-  Mike Green had a whale of a numbers line… a goal, an assist, two points, four shots on goal, five other shot attempts, three blocked shots, and more than 31 minutes of ice time.  And, of the 17 goals scored against the Caps so far this season, he has been on the ice for only two of them.

In the end, you have to start somewhere, and this qualifies as a start.  But wins are now the object of the exercise.  Their next opponent – the Buffalo Sabres – will come to Washington on Sunday carrying a two-game losing streak in their carry-on baggage.  Then they head to Ottawa, losers to Tampa Bay in their last outing and having to take on an irritable Penguins team (losers of their own last two games) before hosting the Caps.  The opportunity is knocking.  If the Caps do not answer the door, things are going to look very grim, very quickly in terms of success this season.