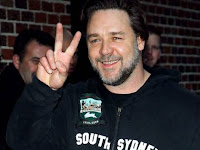 Feet, that is. That is the cumulative distance traveled of the four goals scored by the Washington Capitals last night as they defeated the Columbus Blue Jackets in overtime, 4-3, to pull within a point of the Philadelphia Flyers for the Eastern Conference lead.

It was by no means easy, and it was by no means pretty, but the Caps were the only team among the top four in the East to win last night. You had a harbinger of things to come when Alexander Semin had two quick shots on goalie Steve Mason barely a minute into the game and barely five feet from the net. Mason stopped those, one on a nifty right toe save, but it was his big rebound he gave up that gave John Carlson a chance to get the Caps on top. Brooks Laich took the original shot, one that Mason should have gloved. But all Mason managed to do was bat the puck back in front of him with the flipper. While that was going on, defenseman Sami Lepisto got caught peeking at what Mason was doing and lost track of Carlson jumping into the play. It gave Carlson enough room to backhand the puck into an empty net and give the Caps the early lead.

That goal looked like it might have held up as the Caps and Blue Jackets fought to a draw over the next 29 minutes, but Antoine Vermette tied it midway through the second period when Columbus did some net crashing of its own. Matt Calvert kept a couple of Caps occupied at the left post as he was jabbing at the puck, and it eventually squirted out past Boyd Gordon to Vermette at the top of the crease. All Vermette had to do was to snap the puck past goalie Michal Neuvirth’s blocker to tie the game.

That set off a flurry of goals – a total of four in a space of 2:17, split evenly between the teams. After Vermette, it was Mike Knuble getting the Caps back in front when he drove the net and put back a rebound of a Nicklas Backstrom shot. Fedor Tyutin knotted things up again when he sent a long shot from the left point that snuck past Neuvirth on the short side. Jason Arnott finished the flurry by putting the Caps on top once more when Mason, who treated the puck like it was a chunk of plutonium all night, tried to fling the puck around the boards and chunked it, where it ended up on the stick of Marco Sturm behind the Columbus net. Sturm found Arnott camped all alone in the slot, and Arnott buried the pass past Mason to restore the one goal lead.

Again it appeared as if the one-goal lead would hold up, with no further scoring over the next 20 mintes. But Scottie Upshalll got the Blue Jackets even late in the third when he eluded a Karl Alzner/Marco Sturm sandwich – the two Caps rebounding off Upshall to leave him standing all alone at the inside edge of the right wing circle. He didn’t fail to take advantage of the opening, snapping the puck past Neuvirth into the top corner on the short side to tie the game.

In overtime, it was speed that did the deed. Brooks Laich fed the puck cross-ice to Marcus Johansson, who gained the Columbus zone with speed and slid the puck back to Laich steaming down the middle. With the Blue Jacket defense backing off, Laich fired the puck at Mason, but the puck nicked defenseman Sami Lepisto on the way through, and the puck squirted to Mason's right into open ice just outside his crease. It happened to be where Jason Chimera was standing, and the former Blue Jacket had only to stuff the puck into the empty net to end the game and give the Caps the 4-3 win.

-- It is going to be easy to say Neuvirth had a shaky game. He did allow three goals on 23 shots, but the only goal he is likely to want back is the Tyutin goal that he looked to misplay off the inside of his right arm trying to block the puck away. It wasn’t his best effort of the season, but it wasn’t his worst, either.

-- With Dennis Wideman recouperating from a hematoma and developing a new career as a medical photographer, it was left to the other defensemen to pick up the slack. None picked up more of it than Jeff Schultz – 26:35 in ice time (almost seven more than his season average), no goals scored against while he was on ice, five shot attempts (two on goal), three blocked shots, a hit, a takeaway, and a plus-2.

-- Kudos to Scott Hannan, too. More than 28 minutes and a whopping six blocked shots.

-- Mike Green…out. Tom Poti…out. Dennis Wideman…out. Then John Erskine ended up skating only 5:53 in this one. Erskine dropped the mitts with Columbus tough guy Jared Boll and held his own late in the first period, but he skated only one shift in the second before retiring for the evening. If Erskine misses any time, the Caps will be pulling fans out of the stands to dress and skate on the blue line.

-- That is about as quiet a night as you are ever going to see from Alex Ovechkin. Sure, there was the point (the second assist on the Knuble goal), but rarely did you hear his name called last night. Nothing reflected the quiet night so much as his not being credited with a single hit.

-- Steve Mason needs a new glove. It looked like he had a spring buried in the pocket of the one he was wearing with all the pucks hitting it and flying back out of it. Three of the four Caps goals could be traced to his inability to play the puck effectively – two of the goals coming off rebounds, the other when he misfired trying to play the puck around the boards.

-- On one hand, there was John Carlson with a goal and an assist, skating almost 26 minutes, leading the team with 11 shot attempts (four on goal). On the other, he was also on ice for two Columbus goals.

-- In fairness, Carlson and others of the Caps defense – Karl Alzner, Schultz, and Hannan – had to bear the larger burden when Erskine went off. Tyler Sloan was the fifth defenseman remaining, and he played only 12:55, none of it coming after Columbus tied the game with 5:37 left in regulation.

-- And even though Carlson and Alzner were on ice together when Vermette scored Columbus’ first goal, that goal came at the end of a 1:39 shift for both when the Caps were pinned in their own end. That shift followed a shift for both that was almost 90 seconds for each.

-- Nicklas Backstrom had a quietly strong game. His shot produced the rebound that Knuble batted in, and in addition he had four other shot attempts (two shots on goal for the game), two hits, two blocked shots, a takeaway, and he won 10 of 17 draws.

-- After sitting out a game (and being fairly annoyed about it), Jason Chimera came back with a two-point game (his fifth of the year and first since February 4th) and the game-winning overtime goal against his former team.

In the end, that’s 45 wins for the Caps this season, the seventh time in franchise history the club hit that mark. It is also the seventh time the team has hit the 100-point mark. With three games remaining the Caps have a chance to climb into a tie for fourth in franchise history for most wins in a season. This might not have been the most aesthetically pleasing of the 45 wins this year, but it was rather one that the Caps had to grind through. Except for that 2:17 flurry of four goals in the second period, it was a remarkably quiet game, action wise (except for the suspense of where the puck would rebound to when it hit Steve Mason).

It gets tougher for the Caps on Saturday when they face a Buffalo Sabres team that is hanging onto a playoff spot by threads (three points over Carolina). Even if Sabres do not have goalie Ryan Miller in the lineup (currently described as having an “upper body injury”), they should provide the Caps with more motivation than perhaps they had last night in facing a surprisingly scrappy Columbus Blue Jackets team.
Posted by The Peerless at 2:17 AM 2 comments: