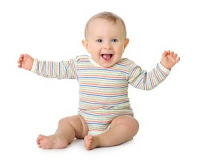 The Washington Capitals will come home to host Game 6 of their Eastern Conference quarterfinal matchup with the Boston Bruins in a position to close out the series. The Caps defeated the Boston Bruins on Saturday, 4-3, on a late power play goal by Troy Brouwer to push the Bruins to the edge of elimination.

Long before Brouwer scored it looked for all the world as if this would another nail-biting, chess-playing, low-scoring game that would hinge on which of goalies Tim Thomas for the Bruins or Braden Holtby for the Capitals would crack first. The teams played scoreless hockey for more than 31 minutes. In the 32nd minute, however, Alexander Semin found a loose puck in front of Tim Thomas, took a step to his right, and slid the puck through a maze of sticks and legs to break the scoreless tie.

Jay Beagle gave the Caps their first two-goal lead of the series a little more than three minutes later when he did a fine job of keeping a loose puck from exiting the offensive zone, stepped up, and rifled a shot that clicked off defenseman Johnny Boychuk’s stick and past Thomas.

Boston erased that two-goal lead in short order, Dennis Seidenberg halving the lead with just 2:39 left in the second period, and Brad Marchand batting a loose puck between Holtby’s legs to tie the game 28 seconds after Seidenberg’s goal.

Mike Knuble restored the Caps’ lead when he took advantage of some iffy rebound control by Thomas. Joel Ward fired a shot from the right point, and Thomas kicked the shot out hard to his right. Knuble was right there, having beaten Shawn Thornton to the loose puck and sliding it under the paddle of Thomas’ stick as the goalie was trying to dive across to stop the shot.

Johnny Boychuk scored Boston’s first power play goal of the series to tie things up one more time with 11:13 left. That left it up to Troy Brouwer, who with the clock ticking down toward the final minute took a John Carlson pass at the Bruins’ blue line, took a couple of strides, and snapped the puck over Thomas’ left shoulder for the game-winner.

-- Bruin defenseman Joe Corvo sat out the last 28:44, and center Patrice Bergeron sat out the last 5:31 with injuries. Corvo took a shot from Marcus Johansson off the inside of his right knee, and Bergeron appeared to suffer from a series of hits, the last of which looked like a glancing blow with 5:31 left, but he went to the bench immediately and down the tunnel to the locker room.

-- Karl Alzner had a pristine score sheet but for one number – three. That was the number of blocked shots he had. It is the best indicator of the kind of game he had in 24-plus minutes of ice time. For what he is asked to do – play defense – he was the best player for either team on the ice.

-- Unless it was John Carlson. An assist on the Brouwer game-winner, four shots (seven attempts), three hits, three blocked shots. “Carlzner” was on top of its/their game this afternoon.

-- This is certainly a coming-out party for goalie Braden Holtby, but in its own way it is one for Jay Beagle, too. He had his first playoff goal/point, but he has been very solid in his own end in this series. He was not on the ice for any Bruin goals against (he has been on ice for only one goal against in this series), won eight of 13 faceoffs. He was 6-for-10 in the defensive zone.

-- Eighteen of Boston’s 37 shots and two of their three goals came from defensemen. The Caps have done a good job of tying up forwards from getting second-chance shots, but Tyler Seguin really looks snake-bit out there.

-- How much did playing with five defensemen hurt Boston late? Andrew Ference got caught too far to the middle of the ice and got caught crossing-over on his stride for just an instant, a moment Brouwer took advantage of to accelerate through the neutral zone and beat Ference to a shooting space once he had the puck.

-- Things happen when Dennis Wideman is on the ice. He was on for three goals for and two goals against in this game. He has been on ice for seven of the ten goals scored by the Bruins in this series.

-- And speaking of defensemen. You will remember the days when the thought was that Mike Green couldn’t find the defensive zone with a map and flashlight? He has been on ice for two goals against (one of them today on Boychuk’s power play goal) for the series.

In the end, the Caps have a chance to move to the second round for the third time in four years. That might not sound like a lot to Caps fans, since the Caps failed to move on any further in those other two years, but the Stanley Cup playoffs are a marathon, not a sprint. You have to win one series before you can win a second. In this one the Caps have been consistent in their approach to their play and look comfortable – or as comfortable as a team can be – playing with one-goal margins, for or against. And they have been getting reasonable secondary scoring – two from Troy Bouwer, one apiece from Brooks Laich, Marcus Johansson, Mike Knuble, and Jay Beagle. But it is first to four, not first to three, and it is time for the big guys to close things out and move on.
Posted by The Peerless at 10:14 PM No comments: