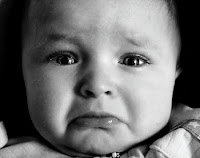 The 2011-2012 season has been one of countless missed opportunities for the Washington Capitals, but yesterday might have been the unkindest of all. Facing a team on the brink of elimination in the second half of a back-to-back set of games with a jet-blast level roaring crowd behind them, the Caps just could not get one last goal and fell, 4-3, to the Boston Bruins in overtime. The loss sets up a Game 7 on Wednesday night in Boston.

Just as has been the case all series, neither team could impose its will for any sustained stretches, at least on the scoreboard. The teams alternated goals, starting with Rich Peverley’s strike in the sixth minute of the first period on a deflection of an Andrew Ference shot. Mike Green got the Caps even by faking Gregory Campbell to his stomach as he cocked his stick to take a slap shot. He pulled the puck around Campbell and let fly, beating goalie Tim Thomas on the short side.

After David Krejci put the Bruins up a goal once more late in the first period on a power play, Jason Chimera got it back with his first goal of the series, converting a goal-mouth feed from Nicklas Backstrom with 42 seconds left in the second period. The teams exchanged goals in the third period, Andrew Ference getting one of his own in the 12th minute of the period. Then, Alex Ovechkin tied things up by snapping a clean faceoff win by Nicklas Backstrom through Tim Thomas’ pads with 4:52 left.

That left things for overtime. In the fourth minute, the Caps were trying to break out of their own zone. Nicklas Backstrom fed the puck up ice, looking to hit…well, we’re not sure who, because it looked like there were nothing but Bruins in the middle of the neutral zone. One of them was David Krejci, and he picked off the pass 15 feet past the Caps’ blue line. Krejci fed Milan Lucic on the left wing, and Lucic found Tyler Seguin knifing between two Caps toward the Washington net. Neither Backstrom nor Dennis Wideman could close the gap on Seguin, who had goalie Braden Holtby at his mercy. Seguin dangled the puck in front until Holtby went to the ice, then lifted it over the sprawled goalie to send the series back to Boston one more time.

-- Missed chances…Mike Knuble’s twisting shot that slithered by the post mid-way through the second period. Marcus Johansson’s almost open net to Thomas’ left that he couldn’t find before Thomas got the paddle of the stick in the way. Ovechkin ringing one off the crossbar in the first. And on and on…

-- This was a game that was going to come down to errors, since neither goalie looked especially sharp. Holtby looked very jittery early, and Thomas never did seem to look comfortable in his own crease. The Caps made more errors. In addition to the game-winner, Krejci’s goal – the second of the game – was a case of three Caps letting Krejci go when he dumped the puck off to Milan Lucic on the left wing. He was behind everyone for the return pass.

-- On Krejci’s goal, though, he had a much clearer path to the net after Patrice Bergeron set a pick at the Washington blue line that stopped Matt Hendricks in his tracks.

-- It’s a good thing Ovechkin scored a goal late. Because before that, he looked curiously disengaged from the contest. There was entirely too much aimless skating in loops away from the puck.

-- And yes, kids, that was a penalty for high-sticking on Ovechkin (we heard a lot of complaining about it in the arena). Players are responsible for their sticks, although one would think you’d need a step-ladder to high-stick Zdeno Chara.

-- The Caps did better at putting pressure on the Bruins in deep and crowding the net in this one, but they just couldn’t seem to get that last stick on the puck to shove it past Thomas.

-- Mike Knuble was not credited with a shot attempt. Funny, it sure looked like a shot attempt when he spun at the top of the crease mid-way through the second period and slid one just past the far post.

-- The nicest part of Jason Chimera’s goal wasn’t even Chimera scoring it. It was Brad Marchand at the other blue line waiting for his close-up after taking another dive off the three-meter board. Gadzooks! I am slain!! That guy dives more than the Red October.

-- We almost got through a game without Dennis Wideman being on the ice for a Boston goal… until 3:17 into overtime.

In the end, it stinks to be a Caps fan for 30 years after games like this. Why? Because this team in a sense looks like a lot of teams in the 1980’s. They put forth a good effort – and that certainly could be said for the Caps yesterday – but they just never seem to have what it takes to take that last step. A missed shot, a shot off a crossbar, an ill-timed mistake, an iffy penalty. For the Caps, there is never any “regressing to the mean” for such things. The weight always seems to fall to favor the opponent’s side of the scale. You can draw a bright line from those teams of Rod Langway, Mike Gartner, and Scott Stevens – hall of famers all (though Stevens earned his plaque for exploits with other teams) – to Alex Ovechkin, Nicklas Backstrom, and Mike Green.

The trick now is for this generation of Caps to erase that bright line and do something no Cap team has ever done – win a Game 7 on the road. OK, there has been only one (a 3-0 loss to Pittsburgh in 1995), but history can be made for this franchise.