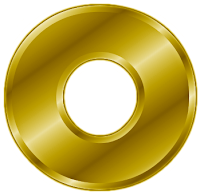 A day late and a dollar short. Or perhaps minute late and a goal short.

The Washington Capitals spotted the Florida Panthers a 5-1 lead, then stormed back to make a 5-4 game of it. But they could not find the equalizer in the waning moments, and the Panthers held on for the 5-4 win to extend their lead over the Caps to seven points in the Southeast Division.

For 32 minutes, it was ugly. Florida scored five goals on 20 shots, three of them coming on the power play. Some of it was chance – the first goal for the Panthers, for example, coming off a shot attempt by Stephen Weiss that was deflected by the stick of Dennis Wideman. Some of it was just plain poor – Michal Neuvirth allowing a fluttering puck to sneak under his arm for the Panthers’ second goal, scored by Mike Santorelli…Neuvirth getting caught at the left post as Sean Bergenheim circled around the back of the net to tuck in a wrap-around…Neuvrith getting pulled past his right post by Tomas Fleischmann, who found Weiss for an open shot for the Panthers’ fifth goal at the 12:11 mark of the second period.

But after that, it was all Caps. They outshot the Panthers, 17-10, over the last 27:49. They outscored them 3-0, the goals coming from Cody Eakin, Brooks Laich, and Jason Chimera. But they dug for themselves too deep a hole and left themselves too little time to crawl out of it. When all was said and done (although we will have some more saying to do), the Caps lost their fifth straight road game and fell once more out of the top eight in the Eastern Conference.

-- In their last five road games the Caps are 0-5-0, have allowed 24 goals on 149 shots (a 16.1 percent shooting percentage for the opponents), and have killed only 12 of 20 shorthanded situations (60.0 percent). That’s a mighty hearty heaping helping of suck.

-- How many times would you expect that when four Caps score goals, when ten skaters have points, that Alex Ovechkin would have neither a goal nor a point? Ovechkin did not record his first shot on goal until the 6:19 mark of the second period, by which time the Panthers had a 4-1 lead.

-- John Carlson recorded assists on the last three Caps goals for the evening. That ties him with Dennis Wideman for the team lead in assists among defensemen.  Carlson had a big game in the offensive end of the ice. With his three assists he had his first three-assist game, his first three-point game, and had his first plus-3 game of the season. He also had eight of the Caps’ 32 shots on goal. He was on the ice for the Santorelli goal, but that’s one that is more on Neuvirth than on any skater.

-- Speaking of Wideman, he was on the ice for all three Panther power play goals. That nearly doubled his power play goals/on ice against total for the season. He came into the game with four.

-- After a team takes a penalty, they have to take the ensuing faceoff in their own end, the idea being that the territorial advantage starting the play in the offending team’s zone will enhance offense. Well, don’t blame that – or losing those draws – on poor penalty killing performance. The first Florida power play goal was scored 1:03 after the Caps won the faceoff to start play. The second was scored 1:15 after another Caps faceoff win in their own end. The third came almost a minute after the Caps lost a neutral zone draw. The Caps just let the Panthers take the offensive zone too easily and spent too much time chasing.

-- We have done this to death, but let’s do it again. Top line (Ovechkin, Backstrom, and Brouwer)…five shots on goal, no goals, no points. Meat and Potatoes line (Laich, Chimera, Ward)…six shots on goal, two goals, three points.  The Caps seem to have found a solution of sorts to the problem they have had the last couple of years of too little support scoring.  Who figured on the top line having trouble so frequently?

-- Scoring varies from rink to rink, but of Florida’s 45 shot attempts, only four were blocked by the Caps, all by defensemen (Karl Alzner with two, Jeff Schultz and John Carlson with one apiece).

-- What about Matt Hendricks?... He had nine shifts for 4:22 in ice time through two periods, then took no shifts in the third. The price of being down three goals? Injury?

-- It appears there will be no “managing” of Alex Ovechkin’s time in the same fashion it had been done in the first two months of the season. He skated 12:15 in the first two periods. But Ovechkin skated 9:50 in the third period as the Caps were trying to get back into the game.

In the end, there will likely be some who talk about the Caps’ last 20 minutes and how they clawed their way back to within inches or seconds of tying the game in the dying moments. We will not be among them. Allowing three power play goals in less than 24 minutes, giving the other team six power play opportunities. Spend some words on that. Being the more “rested” team, having arrived in Florida ahead of the Panthers, who were coming off a four-game road trip, the last two games of which were in California. Spend some words on that. The absence of much, if any, offensive push from the top line; too much reliance on scoring from the undercard of the forward lines. Spend some words on that. Shaky goaltending early. Well, you get the point.

And as for the “effort,” let’s not kid ourselves here. Scott Clemmensen came into this game with a dreadful record against the Caps in his career – 2-6-1, 3.82, .861. This is not Patrick Roy. It is not even Jose Theodore, who was out in this game due to illness, but who had been sharp in his last four games. Four goals against this goaltender is the norm, or at least should be.

The Caps are now in ninth place, seven points behind Florida in the Southeast. They also happen to be only seven points ahead of Carolina, the current occupants of 15th place in the East. The Hurricanes also have two games in hand on the Caps. The Caps have the second worst road record in the East at the moment, the only thing keeping them from last place being that they have more wins (4-8-0) than Carolina (3-8-2).

They had better find a way to figure it out on the road. They won 20 or more games on the road in each of the last four seasons. They are on a pace to win 14, if that, given their recent 0-5-0 run.