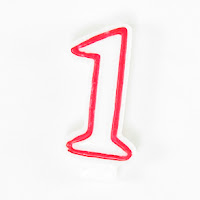 If the 2010-2011 season for the Washington Capitals becomes a full-length feature film, it might star Bill Murray. There is a certain “Groundhog Day” feel to the Caps these days… fall behind early, furiously play catch-up, then lose in overtime.

That was the recipe last night as the Caps dropped a 3-2 decision to the Philadelphia Flyers in Philadelphia, the game winner scored 67 seconds into overtime by Andrej Meszaros, only his second goal of the season and first since November 18th. The loss left the Caps with their third extra session loss in their last seven games, part of a 2-2-3 run since beating Pittsburgh on New Year’s Day.

Before that, the Caps did what they do – fall behind early. For the second straight game the Caps yielded a goal in the first two minutes, this one courtesy of Jeff Carter at the 91 second mark of the first period on a wrap around goal. Carter assisted on the second goal, scored by Claude Giroux in the 14th minute of the second period.

The Flyers’ second goal was the signal to the Caps that the game had begun. Washington recorded three of the last four shots on goal in the period. They started the third with recording six of the first ten shots on goal, then they scored on their seventh shot. It started with Marcus Johansson deftly intercepting a clear attempt by Ville Leino, who had a devil of a time the whole play. Johansson skated in past Leino on goalie Sergei Bobrovsky and slipped the puck past him, but it hit the post. With the puck lying inches from the goal line and Leino trying to do, well…something, Mike Knuble skated in and bunted the puck in before he and Leino crashed into the net and lifted off its moorings.

Alex Ovechkin got the tying goal 40 seconds later when he worked the puck down the left wing wall, the puck eventually finding its way to Nicklas Backstrom at the right wing circle. If Backstrom actually saw Ovechkin through a maze of bodies at the other side of the net, perhaps he should be that Capitals “Guardian.” In any event, he found Ovechkin there, where the captain snapped it past Bobrovsky after takinga couple of whacks at it to tie the contest. They couldn’t get the third one, though, and it was left to the Flyers to secure the extra standings point in the overtime.

-- In eight games so far in 2011 the Caps have allowed the first goal seven times. Five times that goal came in the first period, four times in the first five minutes of the period.

-- Semyon Varlamov played a whale of a game in relief of starting goalie Michal Neuvirth, certainly better than his other career appearance against the Flyers (four goals allowed on 25 shots, pulled after 34 minutes in a 6-5 overtime loss on October 6, 2009). He stopped 20 of 22 shots, many of the saves coming from in close.

-- Ovechkin did not have a shot on goal in the first 40 minutes. Part of that early-game sluggishness, or Flyer defense. You be the judge.

-- Or maybe it was the magic wearing off the Ovechkin-Johansson-Laich line. They started each of the first two periods together but were broken up by the time Ovechkin got his goal in the third.

-- The Caps had 25 shots on goal…and Jason Chimera had almost a quarter of them? It’s nice he got six shots on goal, but it might have been better to see Johansson and Brooks Laich have more than one apiece, too.

-- It’s not often the Caps get smoked in the circle, but that was the case last night, the Flyers winning 31 of 51 draws. That is a product of Mike Richards going 13-for-17. If not for Mathieu Perreault going six-for-six, it would have been worse. Uh, yeah…that Mathieu Perreault.

-- Only 51 faceoffs and seven icing calls for the game speaks to a well-paced game by both teams.

-- Jody Shelley…4:49 of ice time. D.J. King…4:24 of ice time. Both got five minutes for fighting. One wonders what the point is. What was it that these enforcers were enforcing?

-- You might say that the Flyer OT goal was as much a product of Mike Green getting caught out there for all 1:07 of the overtime. It’s one thing to take a 67 second shift as a defenseman in the 5-on-5 portion of the game, but when it’s 4-on-4 with more open ice to defend, that’s a long time.

-- If you’re wondering, that was the first time the Flyers did not have to kill off a shorthanded situation in a regular season game since March 16th of last season in Nashville.

In the end, this Groundhog Day thing is really getting old. The falling behind, the losing in extra time. By the way, the Caps have now lost their last six extra time games (four in overtime, two via the Gimmick). They haven’t won an extra time game since a 3-2 Gimmick win against Carolina on November 28th and have not won in overtime since they beat the Flyers, 3-2, on November 7th. There are two eminently winnable road games coming up later in the week – the Islanders and the Maple Leafs. Winning them means a successful road trip (five of six points). But it’s going to be hard if we keep hearing…

Posted by The Peerless at 7:09 AM No comments: