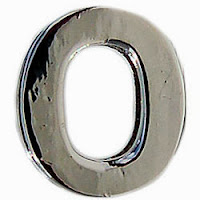 Eventually, you're actually going to lose when you play badly.  The Washington Capitals did the latter and suffered the former in Philadelphia last night, dropping a 5-2 decision to the Flyers.

It had all the makings of a close, hard-fought, Patrick Division kind of night.  At least for 35 minutes.  The Caps and Flyers skated to a scoreless first period in which the Caps had nine shots on goal, the Flyers with ten.  In the second period things opened up.  Alex Ovechkin scored a power play goal in the first minute of the period on a backhand from a severe angle when goalie Steve Mason tried to sweep a loose puck from his stick to his glove along the ice and missed his glove.

However, these being the Caps, a lead could not last long.  The Flyers scored just 58 seconds later when Jakub Voracek called his own number on a 2-on-1, ripping a wrist shot past goalie Braden Holtby to tie the game.

The Caps regained the lead in the sixth minute when, after a lead pass from Martin Erat to Troy Brouwer was too long, Brouwer tracked down the puck behind the Flyers’ net and sent it out to Eric Fehr for a one-timer past Mason.  The Caps yielded the lead once more, but at least it was not in the next minute.  Matt Read scored just under 12 minutes into the period, finishing up a sequence in which the Flyers had two shots blocked in front in quick order, but the Caps could not secure and clear the puck.  Read collected the loose puck in the slot and snapped it past Holtby to tie the game.

Then came what could only be explained as “youthful exuberance.”  With Casey Wellman tied up with Nicklas Grossmann tied up in the corner fighting for a loose puck, the Flyers’ Brayden Schenn dug out the loose puck and circled to his right in the corner to Holtby’s right.  Tom Wilson drew a bead on him, and as Wilson closed on him, Schenn turned ever so slightly to his left, exposing his numbers to Wilson.  Wilson freight trained him right in the numbers, sending Schenn to the boards head first.  As Schenn crumpled to the ice, Grossmann went after Wilson, and the other players paired off.  Schenn tried several times to get up and skate off to the bench under his own power, but had difficulty doing so.

Wilson was assessed a major for charging, a fighting major, and a game misconduct.  There were other, coincidental penalties, but it was the collection of penalties to Wilson that would be consequential.  The charging major gave the Flyers a five-minute power play.  They made good on it with a pair of goals.  First, Mark Streit banged one in off the post to give the Flyers the lead.  Then, Jakub Voracek scored his second of the game when he took a pass from Kimmo Timonen in the right wing circle, took a step toward the slot, and wristed the puck past Holtby to give the Flyers a 4-2 lead with less than two minutes in the period.

There would be no late-game heroics or come from behind fireworks for the Caps in this one.  Wayne Simmonds scored in the eighth minute of the third period, and the Flyers skated off the last 12 minutes to secure a 5-2 win and take three points from the two game home-and-home series.

-- There was once a stretch of nine games over which the Capitals killed off 34 straight power plays.  Then, in their sixth shorthanded situation against Florida on November 2nd, they allowed a goal.  They followed that up by killing off five of five shorties against the New York Islanders on November 5th, giving them 39 kills in 40 situations (97.5 percent).  Since then, over the next 19 games through last night, the Caps are 51-for-68 killing penalties.  A 75.0 percent success rate killing penalties is the very epitome of “regression.”  And not just in a statistical sense.

-- The 20 minutes earned by Wilson in penalties puts him in an awkward position.  First, he is almost certainly going to be contacted by the Department of Player Safety.  Second, the 20 minutes he sustained in penalties vaulted him to the top of the list in penalty minutes among rookies (78).

-- It was nice (ok, for a little while) to see the second line score a goal in tandem.  Martin Erat and Troy Brouwer each had points on Eric Fehr’s goal.

-- If not for the major penalty to Wilson, the Caps had a pretty good night defensively.  They held the Flyers to 13 even strength shots over the first 40 minutes.  Then again “Our American Cousin” was probably not a bad piece of theater before Abraham Lincoln was struck down at Ford’s Theatre.

-- Alex Ovechkin was credited with no shot attempts in the first period of the contest, although there were those who noted that he did fire what looked like a shot attempt from outside the blue line on one occasion.  Still, it was unusual.

-- We noted the good about the second line.  Now, the not.  They finished the night with a combined five shot attempts and three shots on goal.

Consider that last bullet.  If you do the arithmetic (and we did so that you don’t have to), the Caps are tied with the Edmonton Oilers for 26th place in the league in points earned in regulation and overtime, and only one point ahead of 28th place Florida.  If you are not concerned about this, perhaps you should be, Caps fans.  There is no trick shot competition in the playoffs, and it is not a tie-breaker factor in determining who makes the playoffs.

The Caps have been playing with fire for a while now.  Last night was the third time in four games in which they fell into a three-goal hole.  Last night, they failed to climb out of it for the first time in those three games.

Washington still has a five-point lead on Carolina for second place in the Metropolitan Division, and they face the Hurricanes on Friday in Raleigh.  Then the schedule opens up with four games in five against teams with sub-.500 records (New Jersey, the Ranges, Buffalo, and Ottawa) before a return engagement with Carolina to open the new year.

However, in the larger scheme of things – the hockey portion of the hockey competition – the Caps look like a sub-.500 team, too.  There is nothing to be taken for granted with such a team, good or bad.  The game home-and-home series against the Flyers demonstrated that.