tran·si·tion (trān-zĭsh'ən) n. Passage from one form, state, style, or place to another. 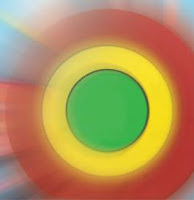 Tonight was an affirmation of the concept of transition, and the ability of the Montreal Canadiens to pass from one form (defense, short-handedness), state (generally passive), style (clogging the Caps’ passing lanes), or place (their own zone, the neutral zone) to another (stuffing the puck down the Caps’ throats on odd-man rushes) killed the Caps in a 4-0 loss for the visitors.

Plainly put, came ready to play, the Caps looked more like they were trying to iron out the kinks in training camp.

Statistically, the numbers of the game didn’t weigh heavily toward one club or the other, except where it mattered – on the scoreboard. The Caps fell victim to the very things they couldn’t afford…an inability to stay out of the box when in mattered (John Erskine’s first delay of game penalty led to the Canadiens’ first goal), an inability to keep Montreal from a fast start (down 3-0 after one period), and a failure to generate anything in the second period to keep things close going into the third period. The result was a game played on and settled in ’s terms, and instead of a close Caps win, it was a four-goal Canadiens win.

It’d be hard to fault the goalie for this one, as Brent Johnson didn’t get much help on ’s goals – two power play, a shorthanded, and an even-strength goal…the game wasn’t close enough for the empty netter, and there weren’t any penalty shots so the Canadiens couldn’t register a Lemieux.

Tomas Plekanec intercepted a pass from Tomas Fleischmann in the end as a Caps 5-on-3 was expiring (can we just decline those and be done with it?), split Nicklas Backstrom and Alexander Semin to join Sergei Kastsitsyn coming out of the box for a two-on-none break on Johnson. Kastsitsyn finished off a pass from Plekanec for goal number two (shorthanded)…

Steve Begin collected a puck behind the Caps net after it managed to elude Brent Johnson (who if he played it might have earned a minor penalty for playing the puck outside the trapezoid of despair) and rifled in to an onrushing Saku Koivu, who no Cap saw or marked as he stormed down the slot, for goal number three (even-strength).

Goal number four – a power play goal in the last minute of the contest by Alexei Kovalev – was window dressing. The competitive portion of the game essentially ended with the Kastsitsyn goal, with the nail driven into this coffin by Koivu late in the first period.

The Caps were flat. simply left the white jerseys bobbing like white-caps on a lake while they sped by, around, and through the Caps in transition. The shorthanded and even-strength goals were nothing more than a product of transition – the Canadiens rocketing out of their zone and down the ice while the Caps lagged behind.

Since the lockout, the Caps are 4-6-1 against . Of those six losses, four of them have come by at least three goals. One gets the feeling this just is not a team the Caps match up well against. has an unsettling ability to lull a team to sleep by just skating around (sort of like the dark shape of a shark beneath the waves), then taking advantage of what opportunity presents itself to use its transition game to attack in numbers. The Caps had no answer for that last night. They’d better have one tomorrow night.

That sort of problem doesn’t show up in the numbers. None stick out as being especially bad (well, there being no “plus” numbers does), but rather there was a team-wide problem. No player was worse than -1 (except Mike Green, who might need to re-think the idea of what position he plays…”defenseman”). 14 of 18 skaters registered shots on goal (the Caps had a total of 35; Tom Poti led with five); 13 of 18 skaters had hits (Alex Ovechkin had five). Ever Cap who took more than one draw won the majority of them or broke even (they were 32-of-55 overall).

The more impressive numbers, and those indicative of the superior effort, are on the side of the ledger. Mike Komisarek (who didn’t ear a star, but should have) had five hits and five blocked shots, most of it while going to war with Alex Ovechkin. Chris Higgins was credited with four hits and distracted Johnson on the Habs’ first goal. Alexei Kovalev had six shots to lead the Canadiens, but he was credited with four hits, too.

This wasn’t a fluke; was better. And it served as a wake-up call. The long hard slog from November through the all-star break is over. The intensity gets ramped up, and if it’s too early to think of this as the start of the playoff push, it isn’t too early to recognize it as potentially a make-or-break segment of the schedule. The Caps have fought long and hard, to their credit, to put themselves back in the hunt, and it is folly to think that they won’t lose games along the way as we head toward April. But once again, the idea now is, “don’t let one become two.”