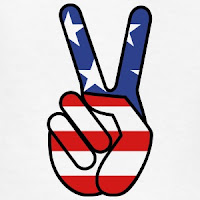 It took most of the first period for the teams to break the scoreless tie, but the Caps did just that shortly before the first intermission.  Nicklas Backstrom skated the puck into the Wild end and, after carrying the puck into the corner to the left of goalie Devan Dubnyk, slid it to T.J. Oshie.  Taking a bump pass from Oshie on the return, Backstrom skated the puck around the Wild net and fed it in front to Alex Ovechkin closing down the middle. The puck eluded Ovechkin but came out to Nate Schmidt high between the circles.  Schmidt slammed the puck past Dubnyk with 11.7 seconds left in the period to make it a 1-0 game.

Late in the second period, the Caps padded their lead with a pair of goals.  Alex Ovechkin scored his first even strength goal in more than a month when he converted a John Carlson feed from the left wing circle to make it 2-0, 14:52 into the period.  Evgeny Kuznetsov made it 3-0 just over two minutes later.  John Carlson collected a loose puck in his end and fed the puck up to Nicklas Backstrom along the right wing wall just outside the Minnesota end.  Backstrom pulled the puck back out of the reach of Wild defenseman Marco Scandella and fed Kuznetsov skating into the offensive zone.  Kuznetsov stepped up and wristed the puck past Dubnyk’s blocker on the far side to make it 3-0, 17:08 into the period.

Minnesota made a game of it early in the third period with a pair of goals. Matt Dumba converted a feed from below the goal line by Mikael Granlund to make it 3-1 just 37 seconds into the period.  Four minutes later, Eric Staal scored just as a 5-on-3 power play was expiring to make it 3-2.

The Caps tightened up after that, and Jay Beagle provided the insurance.  Taking a feed from Dmitry Orlov just outside the Wild blue line, Beagle circled in and wristed the puck past Dubnyk’s glove on the far side to give the Caps their winning 4-2 margin at the 14:19 mark.

-- Ovechkin had an assist to go with his goal, his first multi-point game since he had a pair of assists in a 4-1 win over the Philadelphia Flyers on February 22nd.  It was his 294th career multi-point game, second in the NHL since he came into the league to Sidney Crosby (300).

-- John Carlson had a pair of assists.  It was his first multi-point game since he had a goal and an assist against the Detroit Red Wings in a 3-2 Gimmick loss on February 9th.

-- The four goals for the Caps gave them 31 games this season with four or more goals, tying them with the New York Rangers for second most in the league, behind the Pittsburgh Penguins (34).

-- Jay Beagle had a goal, the Caps had a win. That makes the Caps 33-1-5 in games in which Beagle recorded a goal in his career.

-- The seven shorthanded situations faced by the Caps was the second-most they faced this season.  They were down a man or more nine times against the New Jersey Devils in a 6-2 win on New Year’s Eve.  Oddly enough, the Caps are 6-3-0 this season when shorthanded six or more times.

Tending to business might be the best description of this game.  This is the sort of effort Caps fans were accustomed to before that god-forsaken break in February.  A very good team comes into Verizon Center, and although they are having struggles of their own, the Caps played (for the most part) a solid 60-minute game.  Those seven shorthanded situations are far too many, though, and it is something the team is going to have to address.   But stepping back and looking back at this game as a whole, it is something to build on as the team enters the final few weeks of the regular season.

Posted by The Peerless at 10:57 PM No comments: