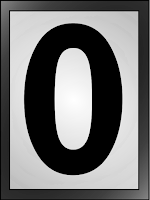 The Washington Capitals faced the Detroit Red Wings in Motown on Thursday night, determined to end a two-game losing streak (both losses in extra time).  Detroit came into this contest hoping that a visit from the Caps would let them rinse the bad taste of an 8-3 loss to Buffalo out of their mouths.  Detroit did just that, scoring late and adding an empty netter for a 3-1 win.

Each team has a great chance in the first minute, and one might have thought this was going to be one of those shootout games reminiscent of the 1980’s.  But things slowed down quickly thereafter.  Things did not pick up for the Caps until Connor McMichael had a chance in the 14th minute whe he walked around the defense and cut through the low slot, but he could not left the puck over the left pad of goalie Ville Husso. He was fouled on the play, Robert Hagg called for slashing at the 13:04 mark.  The Caps had two shots on goal on the power play, but neither of them found paydirt, and the teams continued scoreless.

Detroit was awarded their first power play of the game shortly thereafter, Nic Dowd going off for tripping at 15:51 of the period.  Detroit had one unsuccessful shot on the man advantage, and the game continued to the final horn with no scoring, the teams going off with a 0-0 score up on the board.

-- This was the Caps’ second game this season that went to the first intermission scoreless.  The Caps and Nashville were 0-0 after one period in the Caps’ 3-0 win over the Predators on October 29th.

-- The teams finished the period with nine shots apiece; the Caps out-attempted the Red Wings, 22-14.

-- Alex Ovechkin was the only Capital with more than one shot (two); he and Marcus Johansson had four attempts apiece.

Washington applied strong pressure in the Detroit zone early in the period, and it paid off when Filip Hronek went off for cross-checking at 3:35 of the period, putting the Caps on their second power play of the game.  The Caps had three shots on goal on the man advantage and one as the penalty expired, but did not score.

And then it happened.  Alex Ovechkin put the Caps on the board with his sixth goal of the season, his 786th career goal, and his 786th goal with one franchise, tying Red Wing legend Gordie Howe for most all-time

Detroit went to the power play at 13:23 when Lars Eller was sent off for slashing.  The Red Wings made good on the opportunity when David Perron sent a cross-ice pass through the slot to Dominik Kubalik for a one-timer from the right-wing circle.  Goalie Darcy Kuemper made the initial save, but the puck leaked out to his right where Lucas Raymond picked it up and tucked it around the post to make it 1-1, 14:50 into the period.

Detroit appeared to take the lead at 17:22, but the goal was washed out after video review for goaltender interference, David Perron knocking Kuemper to the ice, perhaps with some assistance from Caps defenseman Martin Fehervary.

Detroit was awarded another penalty late in the period when Alex Ovechkin was whistled for tripping.  Evgeny Kuznetsov and Lucas Raymond went off with coincidental minors, Kuznetsov for cross-checking and Raymond for roughing, at 19:08 of the period.  The Caps had the only chance in the dying seconds of the period, though, when Nic Dowd broke in on a mini-break, but Moriz Seider got back just in time to deflect his shot high over the crossbar.  The teams went to the intermission tied, 1-1, the remaining 1:08 of the Detroit power play carrying over to the third period..

The Caps skated off the remainder of the shorthanded situation to keep the game tied at a goal apiece.  Washington went to a power play when Filip Zadina went to the box for hooking at 4:20 of the period.  The Caps had one inconsequential shot on goal, and it remained 1-1.

Andrew Copp broke the tie in the Red Wings’ favor when the Red Wings worked the puck beneath the goal line where Adam Erne fed Copp in front for a one timer that Kuemper got a piece of, but not enough as the puck crawled over the goal line at 16:10 to make it 2-1, Detroit.

The Caps had a chance to deadlock the game once more when they were given a power play at 16:27, Michael Rasmussen going off for tripping.  The Caps pulled Kuemper with a half minute left in the power play, but the Caps still could not score.

Detroit scored into an empty net with 27.5 seconds left, Dylan Larkin doing the honors, to seal the Red Wings’ 3-1 win.

-- Aliaksei Protas was the only Capital without a shot on goal.

-- The absences are wearing on the offensive side of the puck.  Since scoring six goals in a 6-3 win over New Jersey on October 24th, the Caps have eight goals in their last five games.

The Caps just did not have it tonight.  Ville Husso played well, but it was not as if he stood on his head.  The Caps just have too much offense on the shelf (they missed John Carlson on power plays, Tom Wilson and T.J. Oshie as net presences) and are leaving points on the table as a result.  This is what trying to tread water until players come back looks like.  A lot of games played on the margin, and it is tough to generate winning streaks in that situation.  Hopefully, the Caps can shake loose against Arizona on Saturday.

Posted by The Peerless at 10:03 PM No comments: