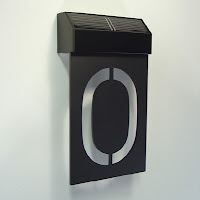 Just when the Caps find they can put the puck

in the net, it doesn't count. Not once, but twice the good guys found goals overturned on review, and in the one instance a Carolina Hurricanes goal was reviewed, it stood. That was the difference in a 4-3 Carolina win over the Caps this evening.

It would be hard to fault the Caps' effort, but execution?...yeesh, especially deep in their own end.

Cory Stillman was left alone at goaltender Olaf Kolzig's left and had time for the puck to hit him in the logo of his jersey, settle the puck, and fire it into the cage. He was wearing red...someone had to see him. But then, Donald Brashear's indifferent clear that didn't make it to the neutral zone started the whole sequence.

Matt Cullen ends up at Kolzig's left, chipping a feed from Ray Whitney that found it's way over Kolzig's shoulder and into the net, and another Cap is in the vicinity watching the play instead of participating in it.

Rod Brind'Amour send one out in front from behind the net, trying to bank it off of Kolzig. But Kolzig is down, so that isn't going to work. Enter Alex Ovechkin, who bladed the airborne puck into his own net for the fourth, and game-winning goal.

Add in the did-he-or-didn't-he high stick the puck into the net goal by Brind'Amour in the second period, and it made for a weird night for the Caps.

The boys dug in and clawed back, to their credit. But the only ones who was rewarded were Ovechkin, with his two goals (scored for the Caps), and Michael Nylander. Ovechkin had one disallowed when video replay found (correctly) that he kicked the puck in. Mike Green had one disallowed when video found (again, correctly) that the puck crossed the goal line after the end of the second period. Add to that the chances that Ovechkin had late (he could have had five goals tonight, even without the own-goal he scored on Kolzig) and chances that Nicklas Backstrom had from in close -- he had five shots on goal, most of which were excellent scoring chances -- and the Caps didn't suffer for opportunity.

But like most games like this year, opportunity didn't translate into results. 35 shots on goal, and only three go in...while at the other end, it seemed every weird bounce that ended up on the Washington net went in.

One knows that young guys -- especially defensemen -- are going to have games where they struggle, and it's hard to get on them for that. But Jeff Schultz had a tough game tonight (you, dear reader, might have other words for it). Minus-three, and he was the one victimized on Stillman's goal and Cullen's goal by what seemed to be watching rather than playing.

Odd as it sounds, the Caps weren't far from providing Kolzig with a shutout. But for some poor defense in deep around him and a couple of odd bounces involving Rod Brind'Amour, this was a game the Capitals, if not dominated, certainly had the upper hand in for most of the game. Carolina managed only 19 shots on goal -- they had more shots than that blocked (21), a credit to the Caps team defense. The absence of Boyd Gordon was filled admirably by call-up Quintin Laing, who had four of those blocked shots.

We were wondering, though...did Tomas Fleischmann play tonight? We seem to remember his having been kabonged once, but other than that mention, it was a pretty quiet night.

One (well, I) had the feeling watching this game that the Caps are close to breaking out. They played well and with purpose for most of this game. They were the better team.

But you know what?...it's only the score that counts, and in this season the Caps are finding new and more frustrating ways to end up on the short end of them.
Posted by The Peerless at 8:53 PM 3 comments:

The Peerless Prognosticator is ON THE AIR!!! -- Caps vs. Hurricanes, November 30th

You might remember our special edition of the Prognosticator last season when we assembled a collection of esteemed medicos to explore the injury bug that hit the Capitals.

Well, the bug is back, and so is our panel of physicians…we have Drs. Dr. Marcus Welby… 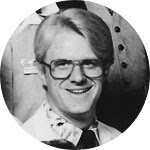 [nods under a brooding stare]

Doctors, Tarik El-Bashir reports in this morning’s Washington Post that Alexander Semin, Chris Clark, and Boyd Gordon are on the shelf with a variety of injuries. Semin’s ankle has been re-tweaked, has the always ominous “groin injury,” and Gordon has an undisclosed injury that has left him in "week-to-week" status. Gentlemen, is this unusual?

Dr. Welby…”uncommon, yes…unusual, no. This is hockey, and hockey players get hurt, it’s part of the package.”

Dr. Ehrlich…”well, I just remember Dr. Craig would tell me that you just have to suck it up…and he’d roll his eyes and say something nasty after that, but he did that so often, I’ve forgotten what that was.”

Dr. Kildare, what would you advise in this situation?

In the meantime, what do you prescribe for the Caps?

Dr. Ehrilich…”I don’t know; let me ask Dr. Craig and get back to you on that.”

Any other remedies in the meantime?

Dr. Casey…”no you ossified fart, he said ‘Quintin’…as in “Laing?”

OK, so the depleted Caps will take the ice tonight against the Carolina Hurricanes, and Quintin Laing has been called up from the Bears to fill in for the injured. For the Caps, it is a chance to build on last Saturday’s 5-2 win over the Hurricanes at . is stumbling at the moment, losers of their last two contests and 4-6-0 in their last ten.

’s struggles have been on the defensive side of the ledger. They’ve given up 38 goals in their last ten games, four times yielding five or more goals. What it means is that if they don’t score, they don’t win. Six times in this stretch they have scored two or fewer goals, and their record is 1-5-0.

This is the front end of a back-to-back for , who visit tomorrow evening. So, who mans the nets for the Hurricanes is uncertain. Cam Ward is 4-4-0 in the games he’s played over this ten game stretch, with 3.15, .892 numbers to go along with the win-loss record. John Grahame, who took the loss in last Saturday’s 5-2 loss to , is 0-2-0, 5.03, .836. If Coach Peter Laviolette can find a way to start Ward for both games, one would think he will.

Sixteen of the 19 goals the Hurricanes have scored in the last ten games come from the sticks of five players: Rod Brind’Amour (5), Cory Stillman (4), Eric Staal (4), Justin Williams (4), and Ray Whitney (3). is not a club that gets much goal scoring from its defense (three goals all season), so the ability to contain the forwards will be of paramount concern here.

For the Caps, a recovery is in order. After winning their first two games under interim coach Bruce Boudreau (outscoring opponents, 9-5), they’ve stumbled with losses in their last two, one in a shootout (outscored in real goals, 4-2). The old problems resurfaced in those last two…no goal scoring. Decent performances by Olaf Kolzig (0-1-1, 1.95, .930) were wasted as the Caps could manage just the two goals on 64 shots. Of that total, Alexander Ovechkin has one goal on 20 shots. That the rest of the squad could manage but a single goal on 44 shots is of no minor concern. That the rest of the squad had only 44 shots (1.3 shots-per-skater/game) is just as troubling.

The Caps also have a back-to-back set, with tomorrow’s contest in against the Panthers. That argues for Kolzig getting the nod tonight (12-8-1, 2.23, .924 lifetime against ) and Brent Johnson getting the start tomorrow.

The Caps are 2-1-0 against this season (6-14-2 against the rest of the league), so it isn’t as if they’ve lacked for success, despite having been whacked 5-0 in their only appearance in . The Caps are visiting a team that certainly has the capacity to score, but one that has struggled on defense (including against the Caps last weekend) and especially on the power play (eight goals allowed in 21 penalty-killing chances in their last five games – 61.9 percent). That’s the recipe for a win here – a couple of power play goals and forcing the Hurricanes to play catch-up, opening up the ice…a lot like last Saturday’s game (without the nail-biting in the third period)…

Posted by The Peerless at 10:22 AM No comments: