Washington Capitals: Three Games In and Things to Impress Your Friends With -- Second Round Edition 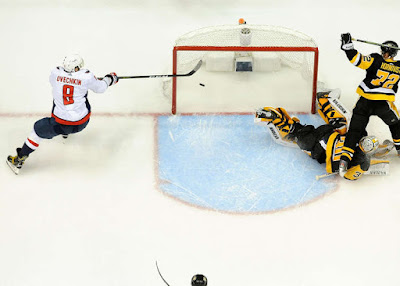 Washington Capitals fans are perhaps breathing a sigh of relief this morning after last night's thrilling almost-last-minute game winning goal to take a 2-1 lead in games against the Pittsburgh Penguins in Round 2 of the Stanley Cup playoffs.  And like we did in the first round, here are ten odd facts about this round so far to amuse and amaze you...

Just keep in mind that two wins is only half-way to four.  There is much hockey to be played.  Hopefully only two more games against this opponent.

Posted by The Peerless at 10:52 AM No comments: