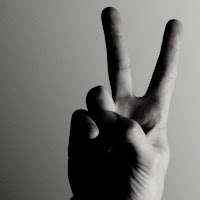 One-game road trip, one-win road trip.  The Washington Capitals took extra time in their contest against the Detroit Red Wings on Wednesday night, but they made sure the investment was worth the effort as they emerged from Joe Louis Arena with a 2-1 win over the Wings.

Evgeny Kuznetsov scored just 45 seconds into the extra period, taking advantage of the fact that Henrik Zetterberg was at the end of a shift to walk around him from the right wing wall, move the puck from his backhand to his forehand as he was circling to the net, then lifting the puck under the right arm of goalie Petr Mrazek and just inside the far post for the game-winner.

Until then it had been a virtual low-scoring repeat of the 1-0 win the Wings authored over the Caps last week.  Dylan Larkin started the scoring early in the first period, putting Detroit on top at the 2:48 mark when he beat goalie Braden Holtby off a rush from the top of the right wing circle on a shot that Holtby might have wanted back.

Justin Williams tied the game just over eight minutes later on a Caps power play when he set up at the side of the net to the left of Mrazek, called for the puck, and when Matt Niskanen fired it in, redirected it behind Mrazek at the 10:54 mark.

And that was it.  The goalies took over from there, putting on their second clinic in barely a week, this time without the fluky goal from the goal line.

-- Mrazek, bearing the red adornments of the Red Wings, added a red-colored accessory to his equipment – the pipes.  The Caps banged several shots off the crossbar that might have made this game a bit of a laugher had the shots caromed in instead of out.  Then again, you only have to cover the space between the pipes.

-- There was one other sly aspect of Kuznetsov’s game winner that should not go unmentioned.  Yes, he had Zetterberg at the end of a shift, and the Detroit forward might have been feeling a bit winded, but as Karl Alzner was headed to the bench for a change, Kuznetsov used him a bit like a running back would use an offensive lineman on a running play.  He had Alzner between himself and Zetterberg, able to hide for an instant behind him before cutting to the outside at the blue line.  It was not quite a pick, but it provided a bit of separation for Kuznetsov, just enough to get position on Zetterberg on his way to the net.

-- The Record Watch continues.  Alex Ovechkin…eight shot attempts, six shots on goal, no goals.  He is now four games without a point, but with 26 shots on goal in that span, he sure isn’t lacking for shot volumes.

-- Matt Niskanen had a pair of assists, giving him points (four assists) in each of his last three games.

-- The power play got a goal, but 1-for-6 for the evening continues a curious slide for the special team.  They are 5-for-33 (15.2 percent) over their last ten games on the man advantage.

-- On the other side, there was the discipline not to put themselves a man short.  Two penalties, both killed off with just three shots on goal allowed.

-- It might be picking nits, but Kuznetsov was 2-for-12 on faceoffs…yeesh.

-- Karl Alzner had an assist.  It added another instance in a quirky trend of his – scoring in pairs.  He has six points this season, accumulated as the product of three two-game point streaks.  He had an assist against Calgary in the Caps last outing last Friday.

-- If Tom Wilson has been reading notices of his being put on notice for his style of play, he didn’t shot it.  His five hits led all players from both teams.

It was a well-played road game for the Caps.  Not unlike the game they played on this ice sheet just eight days earlier, it pointed out the thin margin on which wins and losses are recorded.  Eight days ago, the game turned on a leaky moment from the goaltender.  In this one, it was a leak-free performance and a sneaky goal in overtime.  And the Caps keep grinding along.  They don’t have, as yet, flashy long winning streaks like the Rangers’ current nine-game run or Montreal’s nine-game streak to start the season, but their 6-3-1 record over their past ten games is currently the fifth-best ten-game record in the league.

The Caps will get to add another measure to that record tonight when they take on the Stars, a team that is quite different from the Red Wings in their ability to score quickly and often. If there is one thing the Caps have shown an ability to do this season, given the nature of their progress, it is their ability to cope with a variety of opponents’ styles.