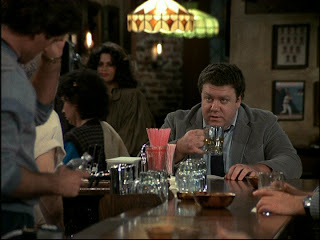 Just some thoughts on a Thursday…

-- This looks like the first post-steroid season of home runs in baseball when you look at the goal-scoring leaders. Only one player – Steven Stamkos – is on a pace to top 50. No other player is on a pace for as many as 45 goals (yeah, we know…Crosby probably would have topped 50).

-- And look at that leader board…Ryan Kesler second in goals scored? Patrick Sharp (who is on a pace to shatter his career high of 36) is tied for fifth? Even Milan Lucic sitting there in a tie for 13th is a surprise, not to mention he has two more than Alex Ovechkin.

-- Speaking of Ovechkin, for all the grief he’s taken this year, he is still ninth in the league in scoring and a big night (five points) out of fifth. One third of the 24 goals he has are game winners (tied for tops in the league with Logan Couture).

-- If someone told you before the season started that as the NHL went into its last 20 games, Mike Green would be looking up at more than 40 (42, actually) defensemen with more points, would you have laughed hysterically in that person’s face?

-- Or if that person told you that Alex Ovechkin would be looking up at more than 70 players (73, actually) with more power play goals?

-- Or if that person told you that the Caps would have two goalies in the top 15 in goals against average?

-- In the “if you’re going to break the rules, smash ‘em to smithereens” category, George Parros of the Anaheim Ducks has only six minor penalties in 60 games this season. He has 22 majors.

-- The New York Islanders lead the entire NHL in at least one category, and it hurts (quite literally)….blocked shots. Ice bags all around!

-- Think Tampa Bay is a real contender? In games in which they score fewer than four goals they are 15-16-7. Only four teams in the NHL have more losses by three or more goals.

-- On the other side, which of these teams among the top three-or-more goal win rankings doesn’t fit?...Vancouver, Boston, Philadelphia, Pittsburgh, Nashville.

-- Only one NHL team has not shut a team out this season…Philadelphia.

-- Only one NHL team this season has not been shut out themselves…St. Louis.

-- Vancouver might lead the whole NHL in points, but when they are losing after the first period? They have lost every time (0-7-4), the only team in the NHL to do so this season. It just doesn’t happen too often to the Canucks.

-- And for those fans wanting to get a head start in traffic, the Ottawa Senators have only four wins all season when the other team scores first.

Drive Safely
Posted by The Peerless at 6:57 AM 2 comments: