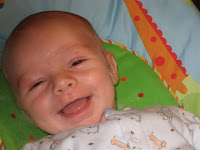 Well, at least we all got out at a decent hour.

The Washington Capitals tied their Eastern Conference semi-final with the New York Rangers, hanging a 3-2 defeat on the visitors on a late power play goal by Mike Green. The series heads to New York for Game 5, and the Caps will do so having recovered smartly from their 2-1 triple-overtime loss to the Rangers on Wednesday.

It was precisely the sort of game the Caps have played ten times before in these playoffs – close checking, low-risk, opportunistic, and calm. Once more the first goal was important. For the 10th time in 11 games for the Caps this spring the team that scored first won the game. This would be a game that turned on the infrequent mistake, and the Rangers committed the first one of consequence. It came in the 13th minute of the first period with a clot of players fighting for a loose puck in the Rangers’ end to goalie Henrik Lundqvist’s left. The puck squirted out to where Ranger Chris Kreider had crept down the wall. As he collected the puck, three Caps were about to surround him, and Kreider tried to make a quick play up the middle with a backhand pass. What he found was Alex Ovechkin without a Ranger around him. Ovechkin wasted no time letting fly with a slap shot that Lundqvist got a glove on, but not enough of it as the puck crawled out of the webbing of his mitt and hopped over the goal line.

In the second minute of the second period, it was the Caps’ turn. With the puck finding Dan Girardi at the right point in the Capitals’ end Girardi backed off and wristed a shot that Alex Oveckin “flamingoed.” Rather than take the puck off his shin pad, Ovechkin raised his right foot, letting the puck go by. Then, the hockey gods saw fit to make the Caps pay for the nonchalance by letting the puck hit between Brooks Laich’s skates in front of goalie Braden Holtby. Laich could get neither stick nor skate on the puck to direct it away. It allowed Artem Anisimov time to collect the puck, turn, and as Holtby tried to cover the bottom of the net by spreading his pads out, sweep the puck past him to tie the game.

Back to the Rangers. This time the mistake was more of a miscalculation. Just past the mid-way point of the second period and with the puck in the corner to Lundqvist’s left, Nicklas Backstrom was getting control of it with Anisimov bearing down on him. Anisimov, being 6’4”, 200 pounds, might have thought Backstrom – a player not known as a big hitter and only 6’1” – could be taken advantage of. Anisimov found out quickly the error of his assumption. As he closed on Backstrom, the Cap forward set his feet an planted a shoulder into Anisimov’s chest, dumping him on his keister to the ice. The puck found its way to Jason Chimera on the other side of the ice, giving Backstrom an opportunity to step out and find a soft spot in the Ranger defense. Chimera threaded a pass through the slot to Backstrom who snapped a shot past Lundqvist’s blocker, and the Caps had the lead once more.

Then the Caps returned the favor not five minutes later. The puck was flipped out of the Ranger end, and Caps defenseman Dennis Wideman tried to glove it down. He managed only to tip the puck (which would negate an icing call that had already been signaled by the linesman in the Caps end). Wideman turned and slowed down, apparently thinking his partner Jeff Schultz was going to take up the pursuit of the puck. But Schultz was skating on a path that took him to the wrong side of the net. Neither was in a position to keep Anisimov from getting to the puck first. With Wideman and Schultz both below the icing line trying to defend Anisimov, Marian Gaborik was setting up in front of Holtby. When he took the pass from Anisimov, he had only to bunt the puck through Holtby’s pads to tie the game one more and, as it would turn out, one last time. You know this is going to show up on Justin Bourne’s “Systems Analyst” on his “Backhand Shelf” blog.

Mike Green broke the tie late in the third period after Carl Hagelin took a slashing penalty for whacking John Carlson’s stick out of his hands. The play started when Alexander Semin punched the puck up the left wing wall and past a pair of Rangers to Wideman, who then backhanded the puck over to Green at the left point. Green had a lot of ice in front of him, a result of that scrum over on the other wall. As it turned out, only Ryan McDonagh was on Green’s side of the ice, and he was caught in a no-man’s land between jumping out to Green or hanging back to cut off any Capital going to the net. Green took advantage, stepping up and raising his stick for a shot. The move seemed to freeze McDonagh, and it was enough for Green to have a shooting opening that he used to fire a low shot that ducked under Lundqvist’s right pad and into the back of the net for the game-winner.

-- With all those minutes played by the likes of Ryan McDonagh (53:17) and Marc Staal (49:34) for the Rangers in the triple-overtime game on Wednesday, one might wonder if there would be any hangover. Well, here is something that one might think about. In the first three games of this series the Rangers blocked 30.4% of Caps shot attempts in Game 1, 30.6 in Game 2, 35.7 in Game 3. McDonagh had eight blocked shots in the Game 3 triple-overtime affair, and Staal had another three. In Game 4 the Rangers blocked 17.5% of the Caps’ shot attempts, and McDonagh and Staal had one apiece.

-- The record will say that Henrik Lundqvist allowed three goals on 26 shots. However, Lundqvist had the more difficult chances, particularly one on Backstrom’s stick five minutes into the third period when he was in alone on Lundqvist and tried to go five-hole. Lundqvist got his pad on the shot to deny Backstrom a second goal.

-- Artem Anisimov had a lot of ones – one goal, one assist, plus-1, one shot on goal, one hit, and one faceoff win. Oh, and one unflattering dump in the corner courtesy of Backstrom.

-- The disallowed goal in the fourth minute of the third period appeared to us to be a case not of Mike Knuble having plopped into Lundqvist’s lap (he was helped into that position by Stu Bickel as Knuble was heading to the net). With Lundqvist, Knuble, and Bickel in the crease, the puck appeared never to cross the goal line until nudged in by a skate long after the referee’s whistle stopping play.

-- This is how the Caps play hockey these days. After Mike Green scored with 5:48 left in the third period, the Caps not only did not have another shot on goal, they did not have another shot attempt. At the other end, the Rangers managed eight shot attempts in the last 5:48, two of them on goal and six of them blocked. Those six blocks came from six different players (Roman Hamrlik, Mike Green, Matt Hendricks, Marcus Johansson, Troy Brouwer, and Brooks Laich).

-- Obligatory Alex Ovechkin time-on-ice comment…. Ovechkin did not take the ice at all after Green’s game-winning goal.

-- No, it isn’t a suspendable offense. Alex Ovechkin planted Dan Girardi with a hit in the second period that had the talking heads (well, talking head – Mike Milbury – but it’s a really big head) calling the hit “unacceptable” and worthy of a fine. In fact, Ovechkin attempted to play the puck with his left foot as he was cutting across the high slot. He managed only to nudge the puck in another direction, and after having done that found Girardi in his path. At hockey speed, it was a bang-bang moment.

-- Speaking of Girardi, he was where it was happening in this game. He was on the ice for all five goals.

-- The Rangers won the territorial was in this respect. There were 22 faceoffs in the Caps’ end, only ten in the Rangers’ end. No matter where they were, though, Matt Hendricks was winning them. He was 9-for-9 on draws.

-- The agony and the ecstasy. Jeff Schultz was on the ice for both Ranger goals. He also had nine – that’s right, nine – blocked shots. The Rangers as a team had only seven.

-- And of the Core Four, even though the other three each scored goals, Alexander Semin might have been the most consistent force for good in this game. The puck was finding his stick all over the ice (he had ten shot attempts, four on goal), and he had two takeaways. Look for better things from him in Game 5.

-- It doesn’t happen often, so we’ll gloat about pretty much nailing the prognosto for this one.

In the end, we’re right back where we were in Round 1, alternating losses and wins through the first four games. The Caps went on to win Game 5 in Boston in the first round and will look to repeat history in New York on Monday. Given the way the playoffs have gone for the Caps so far, with the games having the same look and feel to them, one should not be surprised if the Caps do just that.
Posted by The Peerless at 8:00 PM No comments: