Peace in our time

"Peace is its own reward."

"We make war that we may live in peace."

"Peace is not the absence of war; it is a virtue; a state of mind; a disposition for benevolence; confidence; and justice."

"Better than a thousand hollow words,Is one word that brings peace."

"I can't wait 'til he says something about me."

-- Alex Ovechkin, anticipating Don Cherry's reaction to his celebration after scoring his 50th goal of the season.

"They're not laughing with you...they're laughing at you, Alex."

They're not laughing at you Don, they're laughing near you. 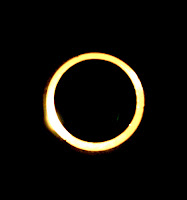 One team was playing its third game in four nights and the second game of a back-to-back.

It was the other team that ran out of gas in the third period.

The Carolina Hurricanes turned a 1-1 second intermission contest into a 4-1 “leave ‘em in the dust” win over the Caps last night. And, as if to put a cherry on the sundae for the Hurricanes, it was their defense – playing offense…and the Caps’ defense – not playing defense…that was the difference.

Hurricane defensemen Joni Pitkanen and Anton Babchuk scored goals from in close, behind the Caps’ defense, to break the second intermission tie, then Joe Corvo (yes, a defenseman) scored from Greensboro in the last minute into an empty net, to account for the final margin.

- Not that Ward didn’t have his moments. His save on a one-timer by Tomas Fleischmann a little more than five minutes into then a scoreless game foiled any attempt at establishing momentum for the Caps. He victimized Fleischmann once more when Fleischmann collected a pass deflected by a Carolina high-stick, then skate in on Ward with space. Fleischmann let fly with a wrister from the left wing hash marks, but Ward got a glove on it, denying the Caps the chance to tie the game at two in the third period.

- The game turned on two plays. Joni Pitkanen carried the puck deep into the Caps zone, and as he was moving it behind the net was checked into the glass by John Erskine. Erskine followed the puck around, Pitkanen lagging behind. Chad LaRose picked up the puck and continued out from around the net, finding Eric Staal in front. Staal fed Pitkanen, cutting behind Michael Nylander and Mike Green, and all that was left for Pitkanen to do was wait until goalie Jose Theodore committed, then pop a backhander into the net.

- The second play, Ray Whitney carried the puck into the Caps’ zone on a 4-on-4, and Anton Babchuk drove to the net with Viktor Kozlov marking him. As Whitney curled off and fed Dennis Seidenberg, Kozlov drifted off toward the left wing faceoff circle, leaving Babchuk at the Theodore’s doorstep. Seidenberg sent a shot toward the goal with the apparent intention of having Babchuk redirect it. Babchuk succeeded, but Theodore foiled the try. However, in doing so, Theodore was down and not in position to prevent Babchuk from recovering the puck and flipping a backhand into the net before Mike Green or Shaone Morrisonn could get back to defend. It just seemed that Babchuk – who is 6’5 and 22 pounds – got lost behind the defense.

- Alex Ovechkin had seven shots on goal and 13 attempts in all, but one never got the feeling he was getting the puck in places where he is normally effective. Despite the attempts, the Hurricanes did a good job in defending him as a group.

- Since netting goals in three consecutive games in January, Fleischmann has two goals in his last 29 games. One wonders why he’s getting more ice time than a guy like, say, Eric Fehr (three shots on goal and seven attempts in barely ten minutes last night). But the reason might be that Fehr has more physical edge to his game and can fit the “energy” role on a fourth line more than can Fleischmann. It's the only reason we can think of.

- Last night marked the end of an 11-game points scoring streak for Alexander Semin against the Hurricanes. He had goals in the last eight games of that streak and was 10-11-21 overall in that 11-game streak.

- It was another case of the skaters letting Jose Theodore down (they spread it around – 12 of them were on the minus side of the ledger). It would be hard to fault Theodore for any of the three Hurricane goals scored when he was on the ice. Even the first – by Rod Brind’Amour – was a product of Mike Green getting pickpocketed behind the Caps’ net by Sergei Samsonov, who poked the puck across to Jussi Jokinen. Jokinen found Brind’Amour alone and from precisely the spot on the ice where Flesichmann was stoned by Ward, Brind’Amour buried the puck behind Theodore on a one-timer.

This might have been “game one” in a playoff series, since the Caps and Hurricanes occupy the third and sixth seeds at the moment and would meet in the first round if the standings hold this way. Carolina sent the message that it isn’t going to roll over, merely because they are 13 points behind the Caps in the standings (11 this morning). For the Caps, there is now other business. They do not play another playoff team for the rest of the regular season (based on this morning’s standings). For a team that seems to need motivation, that’s a bad mix heading into the playoffs…

…where Carolina could be waiting.
Posted by The Peerless at 8:30 AM 1 comment: